This vet has lung cancer. Thanks to the VA's latest tech, he's still here. - We Are The Mighty

This vet has lung cancer. Thanks to the VA’s latest tech, he’s still here. 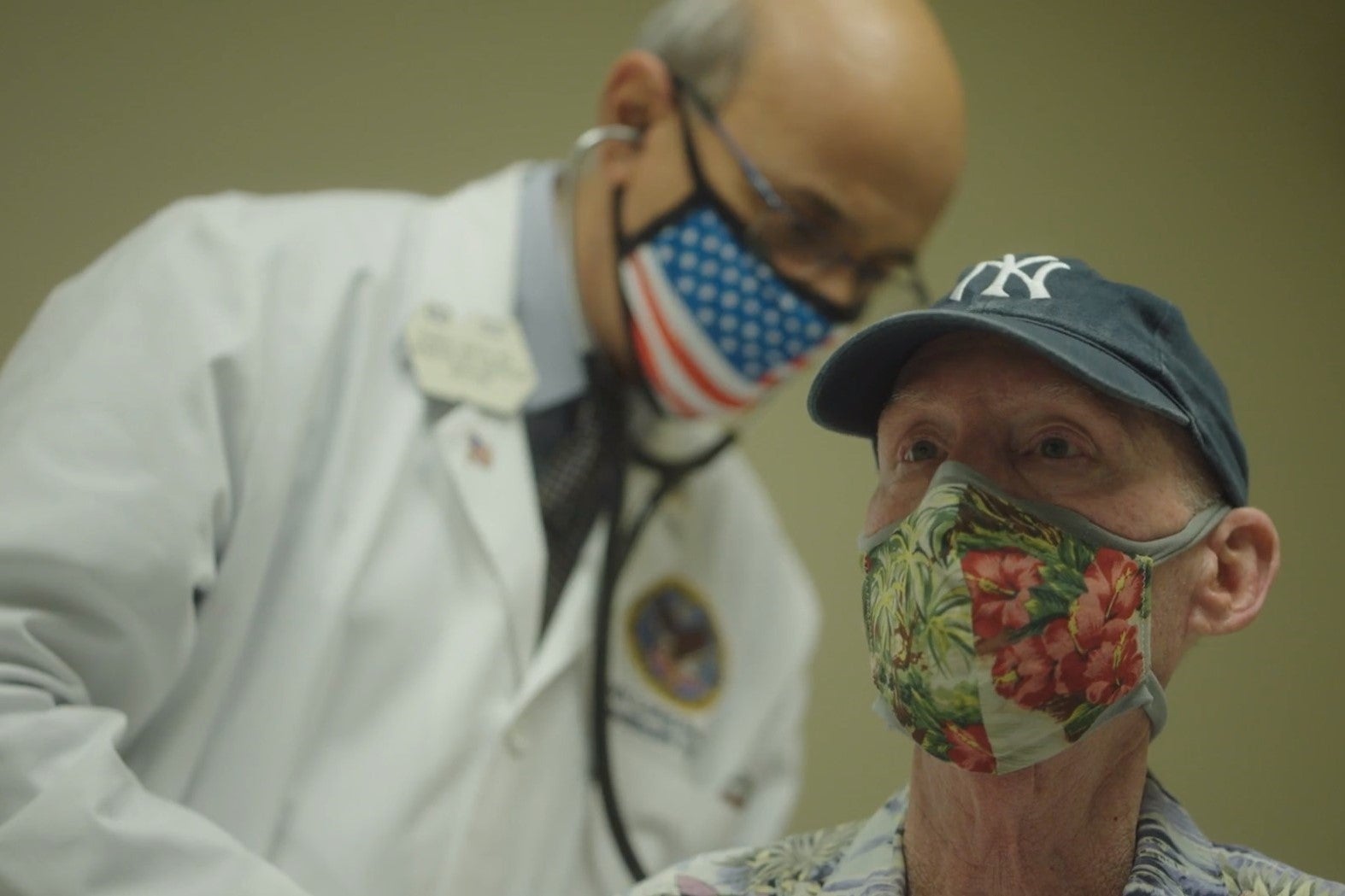 William “Bill” Clevenger, an Army veteran from the 25th Infantry, served in just about every MOS from a rifleman to a combat photographer. He was enjoying his retirement with his wife of nearly 50 years when a visit to his primary care physician at the VA changed everything. After listening to his lungs, his doctor was concerned. He ordered a biopsy immediately. While the procedure itself was painful and unpleasant, it paled in comparison to what came next: a lung cancer diagnosis.

With metastatic lung cancer in not one, but both lungs, he was referred to Dr. Pakaj Gupta, an oncologist at the Long Beach VA. There, the battle began.

When it comes to lung cancer, standard chemotherapy treatments have had historically poor results. Even when chemo does help, it rarely works for long. The cancer becomes resistant to the treatment and the patient relapses. Because of this, lung cancer is the leading cause of cancer death in the US. With 5000 veterans diagnosed each year — 15 each day, the VA has been working on innovative lung cancer treatments to offer patients better outcomes and a more hopeful outlook.

Bill’s oncologist prescribed a 3rd generation oral anti-cancer treatment specifically designed for the type of mutation causing his cancer. While it’s rarely curable, Bill’s treatment was able to stop his cancer from progressing further, allowing him to share a major milestone with his wife: their 50th wedding anniversary.

The VHA serves to provide comprehensive, whole body healthcare, and improving the prognosis of veterans with lung cancer is one of their toughest missions yet. Lung cancer screenings are key, reducing mortality rates by at least 20%. Through a combination of early diagnosis, immunotherapy and targeted therapy, veterans with cancer today are living longer, healthier lives than ever before. Read more about the VA’s latest cancer initiatives here.