4 subtle details about Nazi Germany you missed in Jojo Rabbit 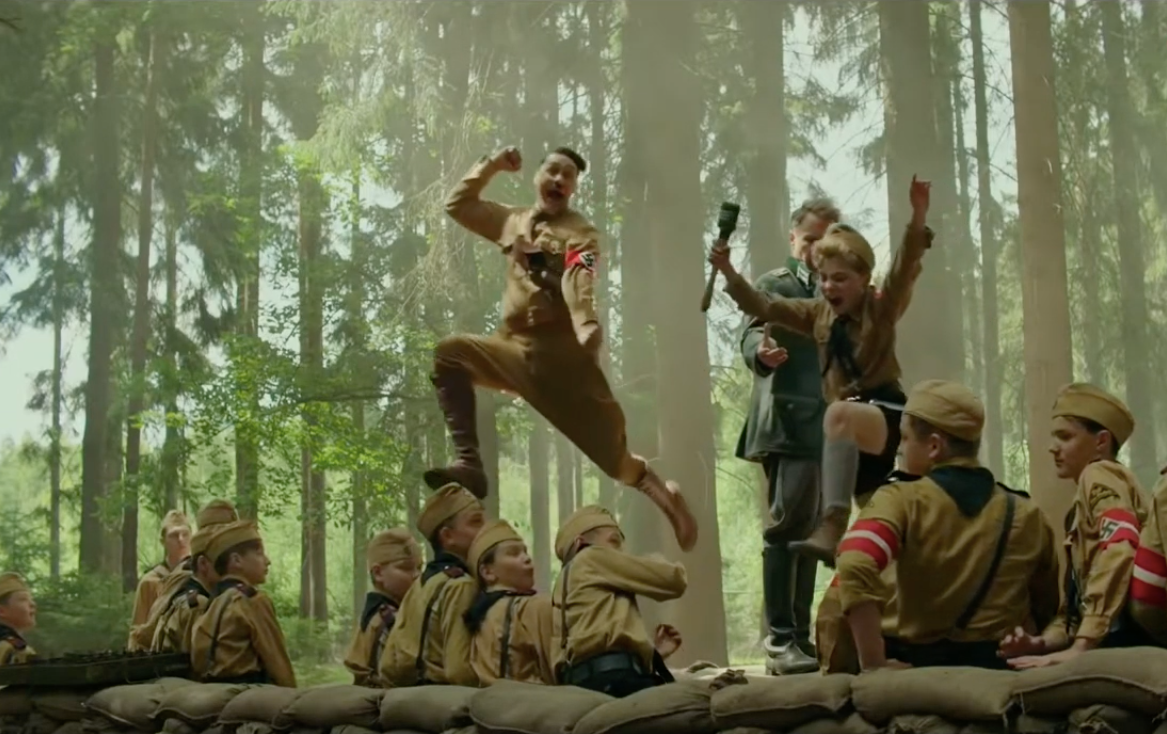 Movies are an art medium where every frame can answer a question before it’s even asked. The clever use of symbols, juxtaposition or a turn of phrase can lead the audience down a rabbit hole of their own interpretation. In some movies, the symbols are more obvious, such as the little girl wearing a red coat in Schindler’s List who symbolizes innocence.

These hidden clues are easier to spot in dramas because we’re subconsciously expecting them. We’ve accepted they should be there. In a comedy, however, they’re easy to miss because we aren’t ready for depth. Jo Jo Rabbit is a comedy about a little boy who joins the Hitler youth in Berlin with his imaginary friend Adolf Hitler. At face value, the movie pokes fun of Nazi Germany, but there are a few subtle details that offer a deeper look into life on the other side.

When Fraulein Rahm (Rebel Wilson) says, “It’s a great year to be a girl,” after saying she’s had 18 kids and would rate an award called The Mother’s Cross. At face value, it’s a tongue-in-cheek joke that there is a lot of cardiovascular value to a woman’s place aiding the Reich. Hitler really did approve and encourage the procreation of more soldiers for the party. Although she isn’t wearing it in the scene, she would have rated the highest tier of the award after her seventh child.

The real-life Hitler loathed smoking and wouldn’t allow it in his presence. Yet, in the movie, he offers Jojo cigarettes. During the 1940s, if you were old enough to work, you were old enough to smoke. Since Jojo never met Hitler in real life, he would never have known this. The offer highlights how little the main character knows about the real dictator.

Captain K may have been a spy

At the start of the movie, Captain Klenzendorf says he lost an easily winnable battle due to the incompetence of the Nazi High Command. In reality, the micromanagement by general officers and Hitler himself did play a decisive role in losing the war. Yet, when you hear Captain K state how much he loathed their meddling, and now he has to train the next generation of soldiers, he says he’s using actual grenades.

It is suspicious that when one does blow up it fails to kill Jojo at point blank range. Are they practice grenades and he’s just saying they’re real? Was Jojo just lucky? Could Captain K have sabotaged his own mission? Is he attempting to sabotage training? It’s a stretch if that were the only piece of evidence.

Real-life espionage has inspired other Hollywood films like Valkyrie and Inglorious Bastards where there is an active resistance against the Reich. So, although many people followed Hitler, there was also a handful who went against the grain.

Also known as the inverted pink triangle, the Rosa-Winkel found on gay concentration camp uniforms. When throwing “undesirables” into the camps, the Nazis also had a system of identifying which undesirable group they belonged to. When Captain K makes his last stand and reveals his true colors (literally), he and his partner both have them on their uniforms. The film hints at their sexual orientation and then confirms it without distracting the audience during his last stand. He no longer has to hide that important part of his life. To put it simply: pride.