Moon Knight Episode 3 Recap: The Friendly Type - We Are The Mighty 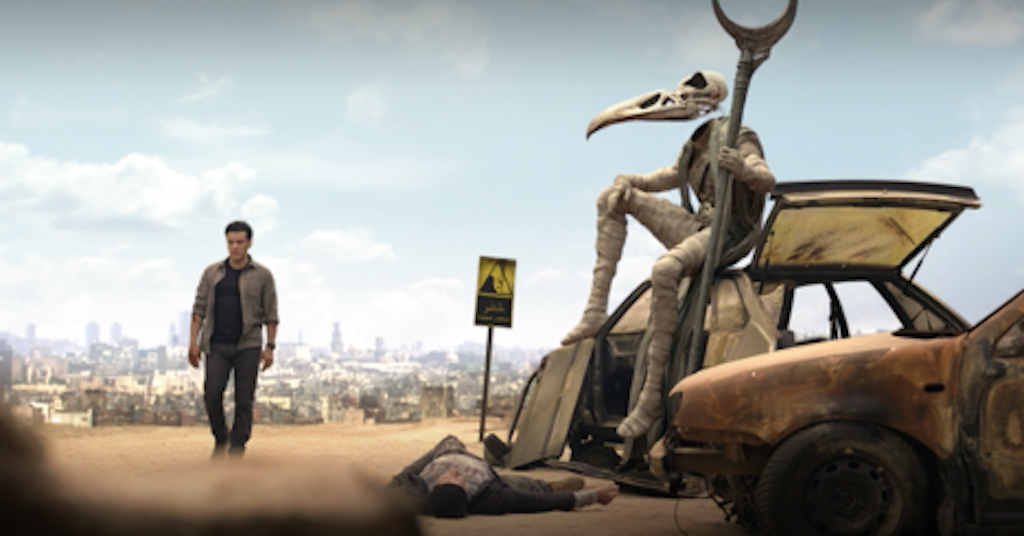 Episode three opens with Layla El-Faouly forging a new passport so she can return to Egypt after ten years away. We learn a little more about her past, including the fact that her father died on an archeological dig. The details are fuzzy but the episode will hint at what may have happened that day.

Harrow has followed the golden scarab to Ammit’s burial location while Marc gives us a glimpse of the Oscar Isaac we know and love: bantering with his opponent. Marc seeks information about Harrow’s dig site and he’s not opposed to resorting to violence — but he stops short of being deadly when he can. He even pulled a punch on one of the younger kids, slapping him soundly instead.

When he sees his reflection in the blade of his knife, Steven stares back — and manages to take control of the body. When Marc comes to, he learns that Steven let the men go and tried to head to the airport. Marc continues his pursuit of the men and is struck in the head from behind. The next time he awakens, he’s surrounded by felled bodies — but this time, Steven claims it wasn’t him.

If not Marc and if not Steven, then who? (Comic book fans will have their suspicions here.)

Having lost the scarab and any leads, Marc turns to Khonshu for ideas about finding Ammit’s tomb. Khonshu reveals that the last time he spoke to the gods, he was banished. Nonetheless, he calls the moon to eclipse the sun in order to get their attention. It works — and a gathering of the avatars commences in the Great Pyramid of Giza.

There, the gods speak through their avatars, allowing Khonshu himself to plead his case against Harrow, who manages to gaslight his way out of a conviction. The gods mistrust Khonshu and leave him with a warning. Yatzil (played by Díana Bermudez), the avatar of the music and love goddess Hathor — who was once a friend of Khonshu — believes Marc and sends him in search of a sarcophagus that contains a map to Ammit’s tomb.

The sarcophagus in question is now owned by Black Market collector and thief Midnight Man aka Anton Mogart (played by the late Gaspard Ulliel). Marc reunites with Layla, who has a history with Mogart — though it is troubled after incidents in Madripoor, a Marvel Cinematic Universe city in Southeast Asia that most recently made its on screen debut in The Falcon and the Winter Soldier.

This is not to be their moment of resolution. Conflict breaks out, forcing Marc and Layla to fight Mogart and his bodyguards. Harrow arrives and promptly destroys the sarcophagus — and hints at a secret about Layla’s father that Marc has been keeping. We get another glimpse at Layla’s fighting capabilities and an understanding of why Khonshu would want her as his next avatar should Marc fail him.

They manage to steal the remnants of the map from the sarcophagus and Steven is able to piece them together and, with the help of Khonshu, turn back the night sky two thousand years to find the location of Ammit’s tomb. Khonshu knows that doing so will come at a price, so he tells Steven to bid Marc to free him from the stone the gods will imprison him in (and they do).