5 reasons why (some) hazing should be okay in the military 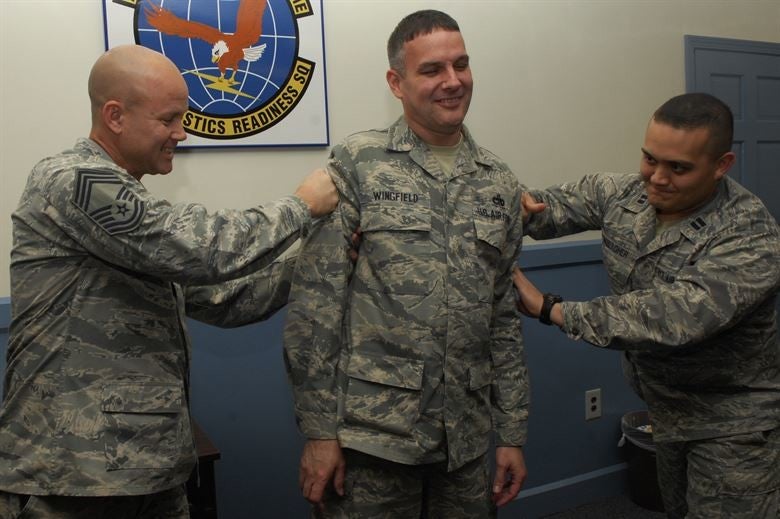 Every service branch has its own ways of messing with the new guys. The military has been compared to fraternities and sororities because of the bond forged with those we serve with. Similarly, both have off the book traditions and a purpose behind them. No one wants anyone to get seriously hurt. Hazing needs to be kept within reason; we’re the military, not barbarians.

1. Not all unofficial traditions are harmful

There are some traditions such as ‘Pinning’ chevrons or blood stripes that are understandably outlawed because people took it too far. The act of Pinning is done when someone gets promoted and they have new chevrons placed on the collar of their uniform. The backs of the chevron, bearing the rank insignia, has sharp spikes. The spikes have caps to prevent the service member from being poked while executing his or her duties.

During a ‘pinning’ tradition, soon after a troop is promoted, the caps are left off. Those of a higher rank punch it once and are supposed to congratulate you. It was intended to be love tap. A light jab, ouchies, let’s grab a drink. Pinning is not a blank check to start whaling away at someone causing them to bleed all over the place or break their collar bone.

That’s not hazing, that’s a crime. Go straight to prison.

When I was new to the Marine Corps fleet my seniors banged on my door at four in the morning. When I opened the door, they had a six pack and told my roommate and I to chug them all immediately. After we completed the task, they left as suddenly as they came. Is that hazing? No. Does the Uniform Code of Military Justice consider it hazing? Yes. Did we shut the hell up? Absolutely.

2. Hazing identifies who can be trusted

3. The knife hand is not hazing

On April 1, 2013 an article in the Marine Corps Times came out titled No More Knife Hands, Leaders want you to play nice with junior Marines. I remember that day as if it were yesterday. Marines were confused about the new standards, as is tradition. There were motivators who accepted and enforced it immediately. Others were knife handing each other jokingly in defiance. I strongly suspect it was an April fools joke but ever since Marines have refrained from using them.

4. It’s different for the infantry

In the infantry we need to know that you can take it. When deployed to combat zone, we use the F word like a comma. When you’re on a live fire range and someone tells you to move the hell over at the top of their lungs, move. If your gear is improperly packed and you’re forced to dump it and repack it. Dot it.

It’s for your own good.

For example, you’ll start dropping gear, evidence of troop movement. Your balance is off and you can injure yourself, affecting the platoon’s combat effectiveness. Lost essentials like food or water. The list goes on and that’s just for packing. Is a corporal going to be patient with a private and refrain from using colorful language and a knife hand in the middle of a field op? No. That’s part of one’s pre-combat checks and pre-combat inspections before going to the field. Does the UCMJ consider it hazing? Yeah.

5. You knew what you were getting into

Finally, this is the military. From the Marine Corps to the Air Force, they’re war fighting organizations. Our purpose is to find bad guys and turn them to pink mist. There is a reason the world fears America’s military strength and its not because of our shiny toys. Its because of the men and women in uniform are tougher than the enemy. If someone can’t take a little rough housing in the most powerful military in history then they shouldn’t be here.