5 reasons why ‘Braveheart’ should have been about Robert the Bruce 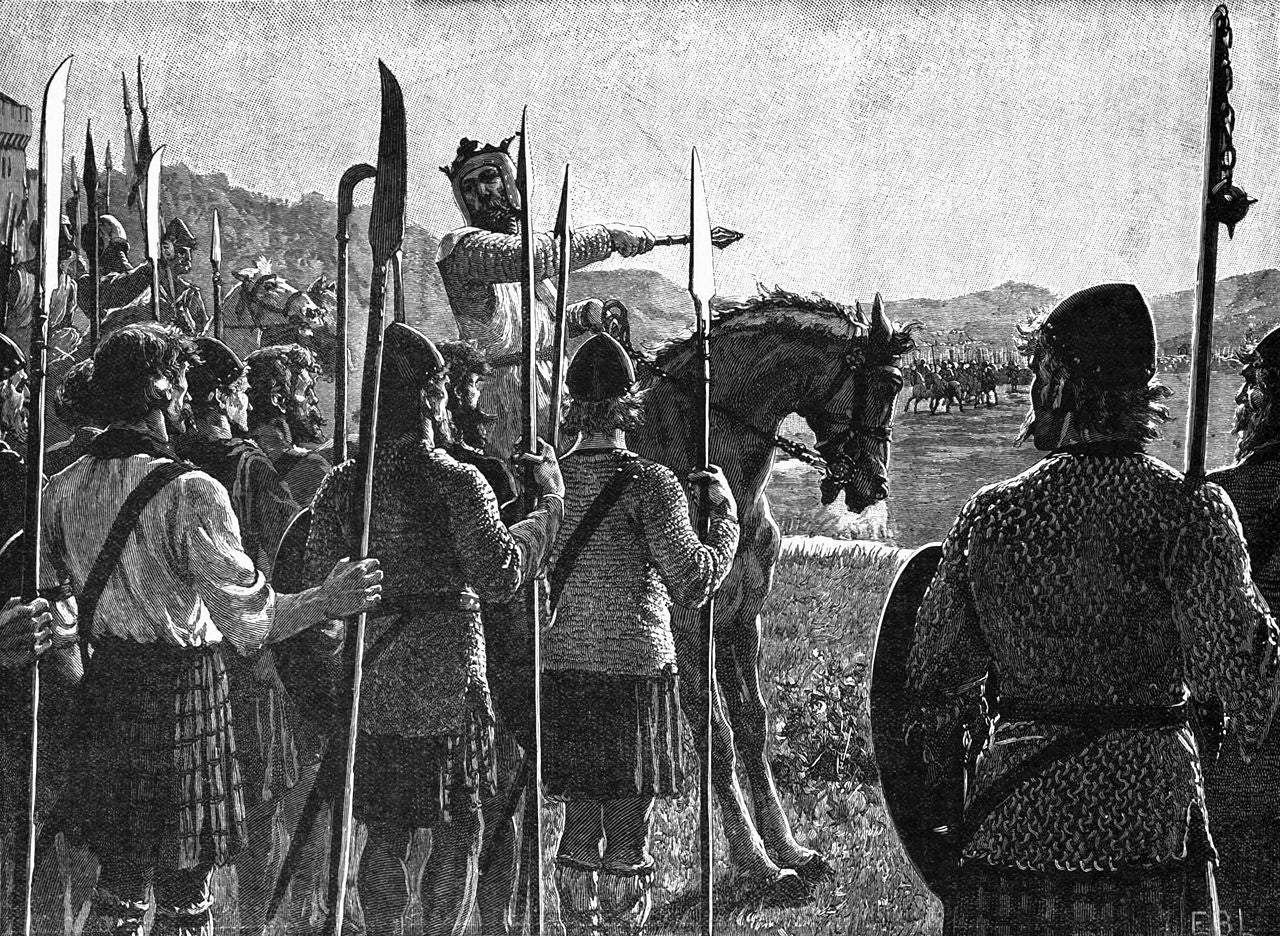 Bruce Reviewing His Troops Before the Battle. (Wikimedia Commons).

Hollywood takes creative licenses with any historical story, there’s no doubt about that. In some cases, taking a closer look would mean they don’t have to. Mel Gibson’s 1995 medieval tragedy, “Braveheart” didn’t tell the whole story.

In Braveheart, Robert the Bruce is portrayed as a naive, flawed, would-be king who rises to the occasion only after betraying William Wallace. In truth, The Bruce was much, much more interesting than Mel Gibson would have you believe.

It might not have been called “Braveheart” but the Robert the Bruce movie would have been pretty good too.

1. The Bruce’s wins were much bigger

At Stirling Bridge, William Wallace defeated a larger English Army, which outnumbered the Scots 9,000 to roughly 6,300. Almost a decade after Wallace was drawn and quartered, King Edward II (not the Longshanks, but his son) invaded Scotland with the largest English Army ever sent northward with 25,000 men. The Bruce met Edward with a force of about 5,000-8,000.

The Scots not only completely routed the English, but killed some of their most powerful nobles in the process. Half of that massive invasion force was wiped out and the Scots destroyed the castle they occupied (on Scottish soil) so the English could never take it again.

The movie would have you believe The Bruce was repentant after betraying William Wallace and suddenly decided to fight for Scotland’s independence. Except Robert wasn’t the first in line for the Scottish throne, John Comyn III of Badenoch was. When it looked like John would become king, Robert stabbed him to death in a church.

After the stabbing, Robert demanded that any noble loyal to the Balliol claim to the throne (which was John Comyn’s claim) acknowledge him as king or lose their lands and title. In response, the Pope excommunicated him from the church.

In “Braveheart,” the Scottish nobles laughed at William Wallace when he declared his intention to invade lower England after the Battle of Stirling Bridge. Wallace really did lead an army into northern England, but the details of the invasion aren’t clear. What is clear is that The Bruce did it too, with devastating effect.

Not only did Scots under Robert raid the English countryside and cities, they landed in Ireland in an attempt to cause a general uprising against England in Ireland. The invasion caused some to question the rule of Edward II, who was ultimately deposed anyway.

4. The Bruce not only wrecked Edward’s Country, but his marriage, too

The movie “Braveheart” implies that Edward’s wife was estranged from the would-be king and ended up carrying Wallace’s baby. This isn’t factual, but it makes for a good movie. The truth is that Edward II’s marriage to Isabella was successful at first. It quickly soured, like the rest of the country, and it was the Bruce’s fault, not Wallace’s.

On three separate occasions, Isabella was forced to retreat from oncoming Scottish armies led by Robert Bruce. Eventually, Isabella left for France and only returned to England with her new lover, along with a small force sent to depose the king. It worked. Less than a year after the invasion, Edward was out.

5. Robert kicked the English out

When Edward I (Longshanks) initially occupied Scotland, he set up his puppet government in Berwick-upon-Tweed. In 1318, Robert the Bruce’s Scotsmen laid siege to the town for 11 weeks. The castle garrison had to give up due to lack of food and supplies and the English were finally expelled from Scotland… for the time being.