6 rules about military email to keep you out of trouble 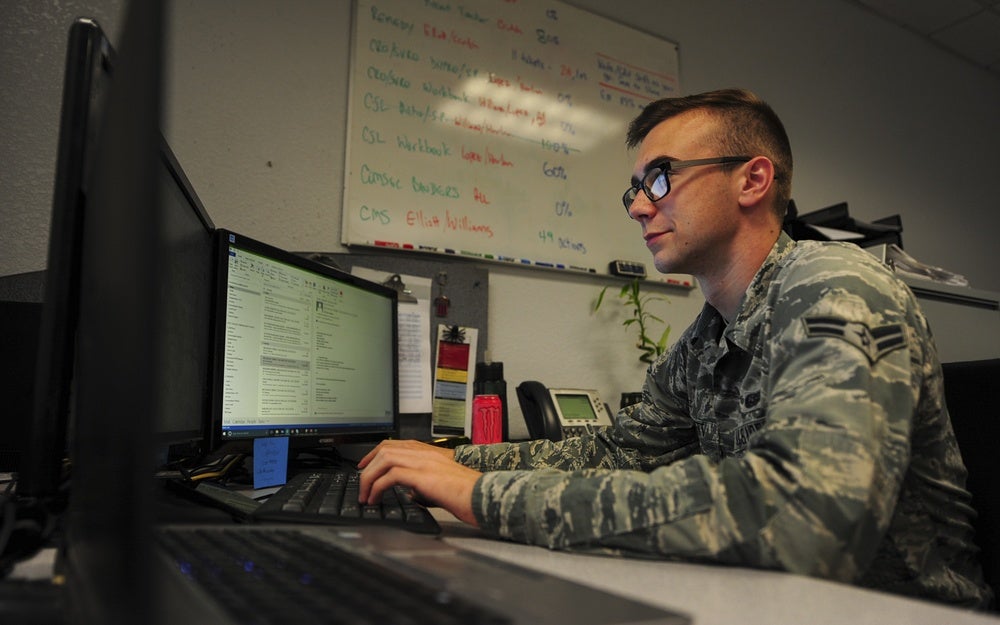 Work email is often more of an annoyance than anything else. It lets people reach you whenever they want, ignore you if they so choose, and provides the new hire a way to embarrassingly share a private message with the entire organization on accident. Well, all these apply to the military too. Here are 6 rules to follow with your .mil email to avoid embarrassing yourself.

1. Use military email for official business only

Military emails are encrypted end-to-end between .mil accounts. However, emails originating from or sent to an outside address may not be. As a result, you’d be well-served by restricting your .mil emails to official business. No one thinks you’re cool signing up for pizza rewards with your .mil. Similarly, an email from your .mil account probably isn’t the best way to send memes to your buddy stationed in Germany. Try an online messaging app instead. After all, that consent to monitor that you click on isn’t just there for looks.

2. Remember that military emails can come back to haunt you

Piggybacking off of Rule No. 1, emails are stored on a server. Even if the sender and recipient both delete an email, the computer wizards at the NEC and/or G-6 will be able to pull it up if it’s needed for something like an investigation. Avoid voicing controversial opinions, burning co-workers, bosses, and subordinates, and really anything else you wouldn’t want other people to read. If you think of your .mil more like a public message board, you should be fine.

A military email is not the place for emojis, internet initialisms or nicknames earned on a drunken 72-hour weekend. Use your words, stick to military language and refer to people by their name and rank. You’re probably not as funny as you might think, and sharing hilariously bad emails is a favorite pastime for troops working in an office; don’t give them something to share.

4. Keep it short and sweet

It’s not literature. It’s a form of military communication. You don’t ask your buddy how their day is going on the radio; you ask for a SITREP. So, don’t use 10 words when two will do. Military writing is about conveying your message in an accurate and succinct manner. No one wants to read your 1000-word essay on why you’re requesting an extension on your deadline. Keep it simple and brief.

We’ve all done it. Short and accurate email? Check. Addressed to intended recipients? Check. Correct closing based on rank? Check and send…except you forgot to attach the file. Especially with civilians emails reading through your message and asking if you forgot to attach the file you referenced, this can be easy to do with military emails. It’s not a huge deal, but it is embarrassing to have to send a follow-up email with the attachment and an apology. Even worse if you send the apology but forget the attachment again. Do yourself a favor and attach the file(s) first. Then, double-check that the attachments are the right ones.

6. Be careful with reply all

Admittedly, the reply all function is useful when communicating with multiple people and coordinating as a group. Everyone maintains visibility and previous emails can be referenced in the thread. However, when those big emails get sent from up top to everyone in a certain community, maybe don’t reply all. On the other hand, when sending a message to a large population, consider using BCC to avoid the issue altogether.

Follow these rules, apply a bit of common sense, and you’ll avoid becoming the next meme in the military community.