The 1911 pistol is not ‘just as John Moses Browning’ intended 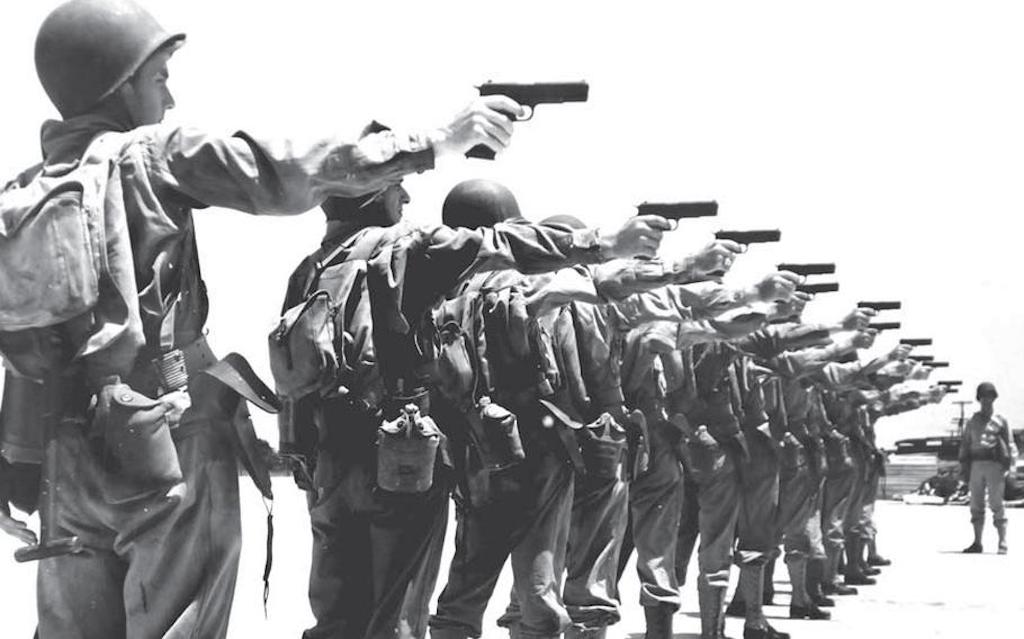 John Moses Browning is one of the most influential American firearms designers in history. From the Browning Automatic Rifle to the Browning machine gun, his name is prolific in the world of military firearms. Moreover, Browning’s M2 .50 caliber machine gun and M1911 .45 ACP pistol are two of the longest-serving weapons in U.S. military history. As a result, the 1911 is a favorite of civilian shooters who tout is as a “back-to-back world war champ” and “just as John Moses Browning intended.” But is it just as Browning intended? A review of the Army’s adoption of the famous pistol reveals that it’s not.

During the Philippine-American War, the Army’s .38 Long Colt revolvers proved to be ineffective at stopping the fanatical Islamic Moros in the southern Philippines. “Antonio Caspi, a prisoner on the island of Samar, P.I. attempted escape on Oct. 26, 1905. He was shot four times at close range in a hand-to-hand encounter by a .38 Colt’s revolver loaded with U.S. Army regulation ammunition,” wrote Col. Louis A. LaGarde. “He was finally stunned by a blow on the forehead from the butt end of a Springfield carbine.” The Army made an emergency decision to reissue the more powerful .45 Colt cartridge, but needed a new and modern round for the future.

In 1904, Browning designed the .45 Automatic Colt Pistol cartridge for his new Colt semi-automatic pistol. With its increased stopping power, the .45 ACP found favor with Army officials seeking. Col. John T. Thompson, the inventor of the famous Thompson submachine gun, stated that the Army’s new pistol “should not be of less than .45 caliber.” With this in mind, the Army conducted the 1907 pistol trials from January to March to determine the service’s new sidearm.

Colt’s submission for the trial was the Model 1905 chambered in .45 ACP. Based on the Colt Model 1900 .38 ACP pistol, Browning’s first semi-automatic handgun, the 1905 featured neither the thumb nor grip safeties found later on the 1911. The Model 1902 Military version of the 1900 featured no safety, instead allowing for the shooter to carry hammer down or half-cocked on a loaded chamber. This was considered a safe practice at the time and carried over into the 1905 during the military trial.

During the 1907 trial, the Army found the Colt submission to be reliable and ordered an extended field test of the 1905. The Army purchased 200 examples of the pistol for further testing, but required that an automatic safety be added. In response, Colt created the Model 1907 pistol, an updated version of the 1905 with a grip safety. The 1907 also omitted the half-cock feature found on the 1905. During its evaluation by cavalry units in 1908, the Colt 1907 and its grip safety were found to be acceptable.

The Colt pistol saw continued evaluation along with subsequent evolutions to its design as dictated by the Army. The Model 1909 introduced a larger grip safety and reintroduced the half-cock feature, and the Model 1910 introduced a more angled grip that eventually made it to the final 1911. During the 1910 trial, the idea of a thumb safety was presented. This was done to provide cavalry troopers the option of carrying the pistol on a loaded chamber with the hammer cocked back. Along with the grip safety, this allowed for the safe one-handed reholstering of the pistol on horseback. These features were incorporated into the final 1911 design that we know today. So, while the 1911 was certainly designed by Browning, it was also modified at the request of the cavalry before it reached its final form.