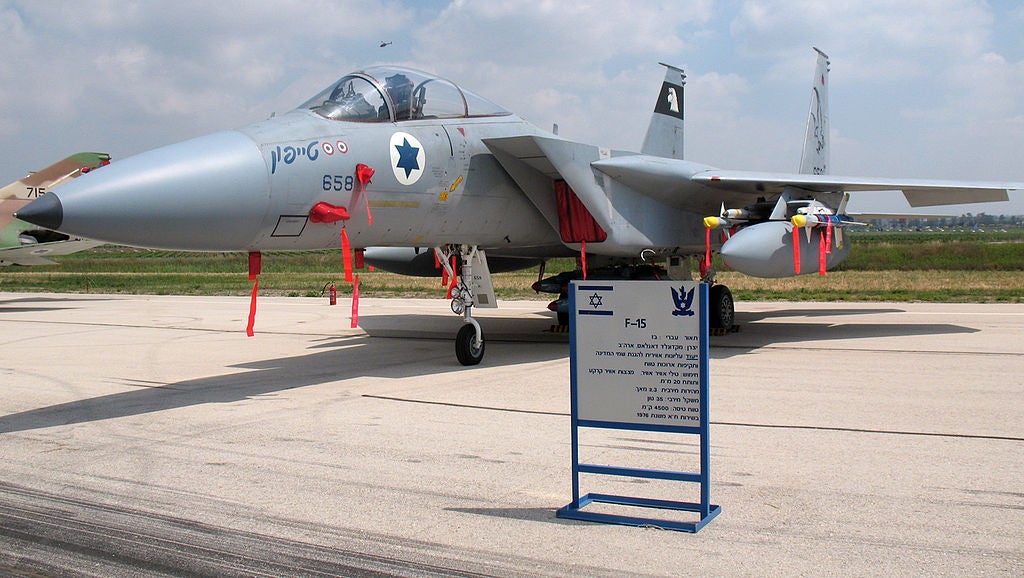 When Lebanon descended into civil war in 1975, Israel knew it wouldn’t be long before it would bear the brunt of some of the fighting. No stranger to conflicts with its Arab neighbors, the Israelis were prepared by years of fighting against the Palestine Liberation Organization (PLO), who were now active in the civil war going on up north and against Syrian forces in the 1973 Yom Kippur War. The preparation would pay off in 1982, when Israel launched the largest air operation since the Korean War, and one of the largest since World War II. The resulting two-hour battle, now known to history as the Bekaa Valley Turkey Shoot, was the longest dogfight ever fought.

Repeated border clashes between the Israel Defence Forces (IDF) and PLO fighters resulted in numerous civilian casualties. After an assassination attempt on the Israeli ambassador to London failed, Israeli leader Menachem Begin decided enough was enough. The IDF rolled across its border with Lebanon on June, 6, 1982. Operation Peace for Galilee was on.

Althought the Lebanese Civil War involved dozens of terrorist groups and stateless factions, many official military forces were also involved. Lebanon was dominated by Syria and Syria was in turn dominated by the Islamic Republic of Iran. Since Israel and Syria maintained no official relations and war between them had stopped in name only, the Israelis knew contact with Syrian forces was all but inevitable.

The IDF has no problem with first strikes to achieve their objectives, as displayed in its 1967 war with Egypt, which saw the entire Egyptian Air Force destroyed on the ground. The result was a war lasting just six days in a complete Israeli victory. The IDF was looking to replicate that kind of victory in Operation Peace for Galilee.

This time, however, Egypt and Israel had a peace agreement, the Camp David Accords, signed in 1979. The target of this preemptive strike would be Syrian surface-to-air missile batteries, made by the Soviet Union, and deployed in Southern Lebanon’s Bekaa Valley. Before Israel could be effective on the ground, these 30 batteries needed to be destroyed. The resulting plan was Operation Mole Cricket 19.

During the 1973 Yom Kippur War, Israel began learning important lessons about how to handle Syrian missile-based air defense systems. After the war ended, the IDF began planning on how to suppress these kinds of defenses, on which the Syrian military relied. The Israeli Air Force lost 50 planes to Syrian missiles during the war, so learning how to handle them was paramount in planning the next meeting.

By 1982, Israel was ready. As the IDF advanced on the Lebanese town of Jezzine, Begin addressed the Israeli lawmaking body, the Knesset, with a warning to Syrian soldiers not to fire at the IDF. He reiterated that Israel did not want a war with Syria, and that Israelis would not fire on Syrians unless they were fired at first. Syria moved its SAM batteries from the Golan Heights into the Bekaa Valley, indicating it did not want a major war, but it gave Israel an excuse to strike them, as they had nearly 96 aircraft supporting ground operations. When the SAM sites went active, the Israelis began knocking them out.

Syria wasn’t about to just let it all happen. The Syrian Air Force launched 100 MiG-21s, MiG-23s and Su-20s to take on the Israelis’ Kfir, F-4, F-15 and F-16 fleets. The Syrians put up a fight, but Israel’s E-2 Hawkeye Early Warning Aircraft, AWACS-directed attacks, and radio jamming disrupted Syria’s ground-based radar direction, meaning the Syrians could not see Israeli sidewinder and sparrow missiles.

The missiles were devastating. Traveling at speeds as high as Mach 3.5 and fired from as far as 40 kilometers, the missiles were not only fired out of visual range, but also out of radar range. After two hours of fighting, 29 of 30 Syrian SAM sites were destroyed and 86 Syrian planes were shot down, at a cost of just two Israeli aircraft damaged.