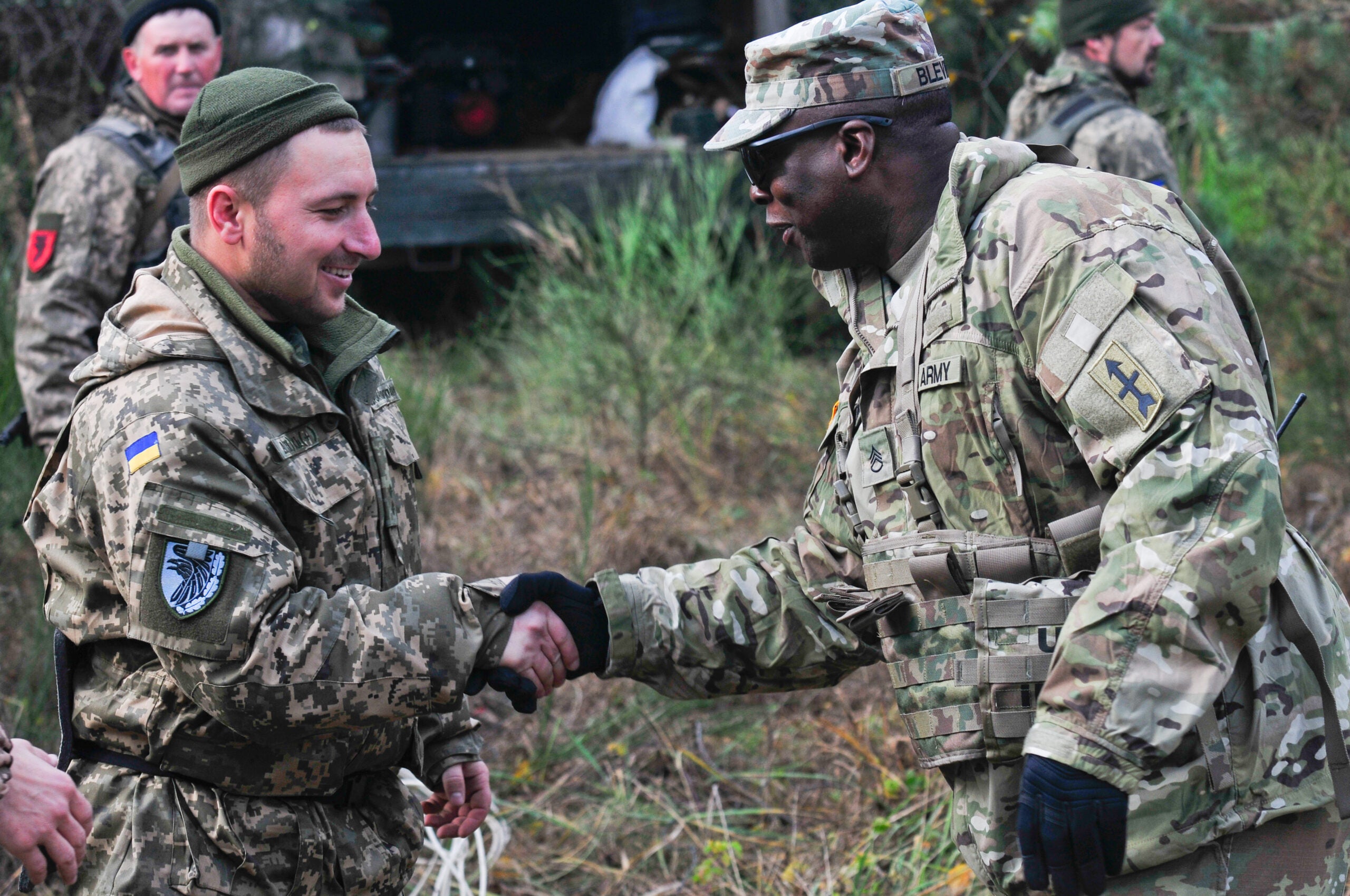 The National Guard plays an important role in supporting the U.S. military’s missions at home and around the world. Not only do Guard members deploy to combat zones alongside regular Army units, but they also provide training to allied nations under the Department of Defense National Guard Bureau State Partnership Program.

According to the National Guard, the State Partnership Program includes 85 partnerships with 93 nations around the globe. The program enables Guard members to travel to partner nations and conduct military-to-military engagements in support of defense security goals. Moreover, it allows soldiers to create personal bonds that they can call on in the future. In the case of one Ukrainian soldier, this bond was lifesaving.

A National Guard Bureau article recounted the story of a Ukrainian soldier pinned down by a Russian tank. His anti-tank missile failed to fire and the situation looked grim. In the middle of the battle, he pulled out his cell phone and made a call to a member of the Washington Army National Guard. The two had trained together and the Ukrainian soldier knew that the Guard member was an expert on the weapon system. From his home in the U.S., the Guard member talked the Ukrainian soldier through the misfire procedure. Just 30 minutes later, he received a video of the destroyed Russian tank.

Beyond this one-on-one assistance, the National Guard has provided significant amounts of material aid to Ukraine since the Russian invasion in February 2022. “The Connecticut, Indiana, Missouri, North Carolina, Ohio and West Virginia Army National Guard were part of a combined effort to send about 200 M-113 armored personnel carriers to Ukraine,” wrote Sgt. 1st Class Whitney Hughes in a National Guard Bureau article.

The California National Guard, which has partnered with Ukraine under the SPP since 1993, also sent 4,320 ballistic vests, 1,580 helmets, and seven 50-bed field hospitals to Ukraine. California Guard members also sent personalized care packages to their Ukrainian allies. “California’s National Guard has formed an unbreakable bond with our Ukrainian counterparts, and when the call was made to provide support and aid in a time of need, we responded with overwhelming support,” said the Adjutant General of the California National Guard, Army Maj. Gen. David Baldwin, in the National Guard Bureau article. “That’s why we are so proud of the State Partnership Program and continue to strengthen ties with our allies and partners, who provide an unmatched strategic advantage and help maintain global order.”