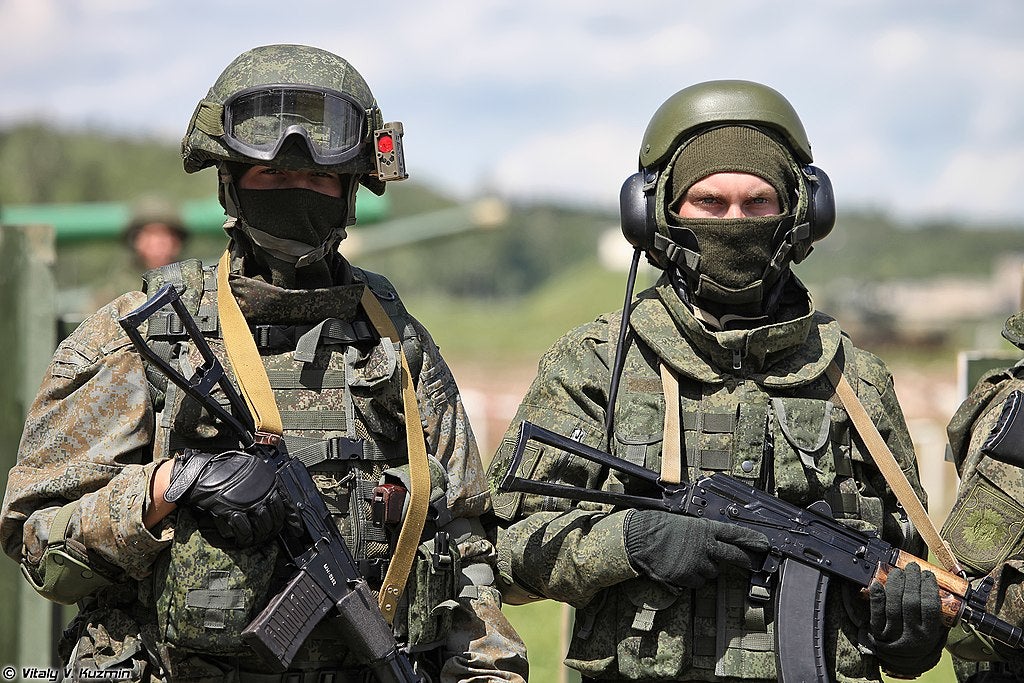 American intelligence agencies shared maps, photos, and other information with its European allies that shows Russia is building up its forces along its border with Ukraine. The buildup includes Russian soldiers and artillery that might indicate Russian President Vlacimir Putin is preparing for a fast, large-scale invasion of his neighbor – from multiple points.

Russia has rejected the idea that it’s preparing for such a military offensive and claims the story is a cover-up for NATO’s own hostile intentions.

If an invasion isn’t imminent, some experts say, then it would be an attempt by the Kremlin to prevent U.S. and NATO allies from sending troops and arms into the country to fight Russian-backed separatist rebels there or to bolster its defenses from Russian intervention.

The United States sent a message to American citizens in Ukraine warning them of unusual Russian activity near the Russian border with Crimea and Ukraine.

Tensions between Russia, Ukraine, and the West first began in 2014, when Ukraine’s  pro-Moscow president was ousted from power. Russia interceded in the Crimean Peninsula, an area of Ukraine Russia claims is its historical possession.

When the separatist movement broke out into fighting in the eastern part of Ukraine, Russia was accused of sending arms and troops to support the rebels. Russia denied all of the accusations. France and Germany helped broker an end to large-scale combat in the East but tensions and sporadic fighting have remained ever since.

This isn’t the first time Russia has built up its forces along the Ukrainian border. Earlier in 2021, it massed some 30,000 troops along the border as American and British warships attempted to enter the Black Sea. Tensions soon returned to normal and Russia removed the troops but after it conducted a series of war games in the fall, the troops appear to have returned threefold.

Now Ukraine says 90,000 Russian troops are positioned near the border, with the Russian 41st Army stationed 160 miles from Ukraine’s northern border. Ukrainian intelligence believes that an attack could come along that border and from Russia’s longtime ally Belarus as early as January or February.

In 2021, Putin warned Ukraine that any attempt to assert its authority over the separatist east would result in “grave consequences” for the Ukrainian government. Since that time, Ukraine has fought the rebel movement while accusing Moscow of arming the rebels and prolonging a war that has killed 14,000 people in the Donbas region.

Moscow shot back, accusing the United States and NATO of arming Ukraine. He also has asserted in the past that Ukraine and Russia are one people and that large chunks of Ukraine are historically Russian territory, only given to the country as part of the former Soviet Union.

U.S. Secretary of State Anthony Blinken told the Ukrainian Foreign Minister in November that Russia’s playbook includes a massing of forces and then an invasion that Russia will claim was provoked – the same play Putin made when invading South Ossetia in Georgia in 2006.

If Putin believes the move would keep the U.S. from sending arms to Ukraine, then it looks like he might be misguided. President Joe Biden is already considering an increase in support for the country in the face of the Russian military buildup. These new arms would include anti-tank weapons and mortars, as well as weapons sent to Afghanistan during the Soviet occupation of that country.

Those kinds of weapons would be seen as a major escalation, as the Afghan Mujahideen used them to devastating effect on Soviet forces.

Officially, American reports say Russia’s goal with the buildup ultimately remains unclear. Putin could be trying to sow dissent, confusion or just keep Ukraine from joining the Western Alliance. If Ukraine is correct, we’ll all find out in January.