These warriors were the ‘Leper Knights’ of the Crusader Kingdoms 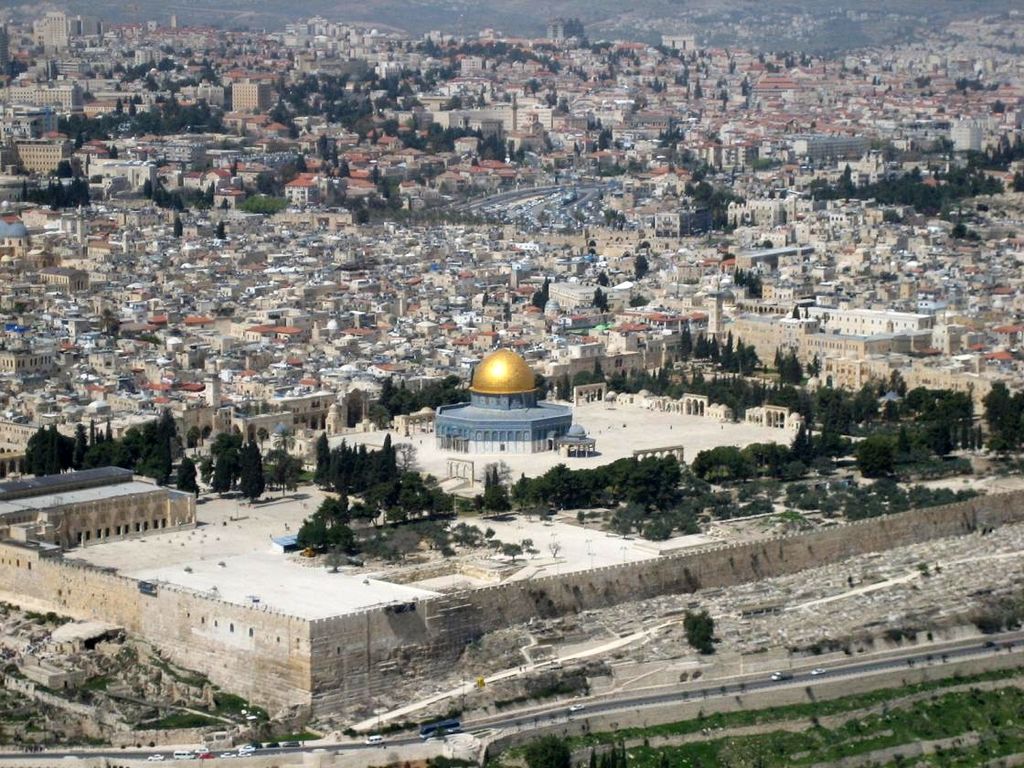 The first headquarters of the Knights Templar, on the Temple Mount in Jerusalem. The Crusaders called it "the Temple of Solomon" and from this location derived their name of Templar.

August 1099 saw the culmination of the First Crusade. European Knights had finally succeeded in capturing Jerusalem, creating a series of feudal states that would see European Christians control the Holy Land for the next two centuries.

In the wake of those victories, scores of knights and military orders were created for various purposes. One of these orders was the Order of Saint Lazarus, whose original purpose was to care for those in Jerusalem afflicted with Leprosy.

Today, we know leprosy as a long-term bacterial infection, usually occurring in places with bad sanitation – like the living conditions of Middle Ages Europe. It’s not highly contagious, but little was known about its causes or the cure during the Crusader period. The order began in a Jerusalem leper hospital but soon had branches throughout the Holy Land.

Early mentions of the “Sancti Lazari” date back to the 12th century, with maps showing its location near  the gate of St. Stephen as early as 1130.

Like other orders of Hospitallers, the Order of St. Lazarus was recognized by the King of Jerusalem, operated under the rule of St. Augustine (which outlined the roles and rules of religious life), and was also recognized by Papal bull. Upon returning to their European kingdoms, the Kings of Europe subsequently gave properties to the Lazarists to serve as leprosaria.

Within a century, the knights’ order had expanded beyond the Middle East and the major powers of France and England to Southern Italy and Central Europe. This economic base gave it the ability to operate independently in the Holy Land.

King Louis VII of France would even give the order a barony near Orleans, which would serve as the group’s headquarters after it left the Holy Land. France would become its most significant patron. They would need a patron like France.

In 1191, Islamic military leader Salah ad-Din, better known to the West as Saladin, laid siege to Jerusalem and captured the city. Like the other orders, the Lazarist knights were forced to relocate. They chose to move to the relatively close city of Acre.

Later, the knights would take up arms in defense of the Holy Land against the Muslim effort to recapture its lost territory. At the 1244 Battle of La Forbie, they allied with other Crusaders and even Muslim armies opposed to the Egyptian sultan, but were defeated. In 1250, the Lazarists joined the Knights Templar, the Knights Hospitaller, and the French in fighting the Islamic armies at Mansurah in Egypt during the Seventh Crusade.

This time, the Europeans were successful, but no longer had the manpower to continue the fight into Egypt. A plague soon broke out among the knights and the Europeans were forced to fall back. That retreat led to a counterattack in Egypt, where the Crusaders, including “all the leper knights of the house of Saint Lazarus” were annihilated.

In 1291, the Knights of St. Lazarus were called on to support the defense of their home base in Acre. They were defeated there too, and the last stronghold of European Crusaders in the Holy Land fell to the Islamic armies. Except for a major fortress in Tartus, the Crusaders no longer had any major possessions in the area. It was the last major holdout for the Crusades.

Unlike many other orders of the Crusader periods, the order survived for centuries after being forced from the Holy Land. They were closely linked to the French throne, and enjoyed its protection until 1830. It even survived the French Revolution, where many of its leaders did not.