Abraham Lincoln is the only U.S. President to hold a patent - We Are The Mighty

Abraham Lincoln is the only U.S. President to hold a patent 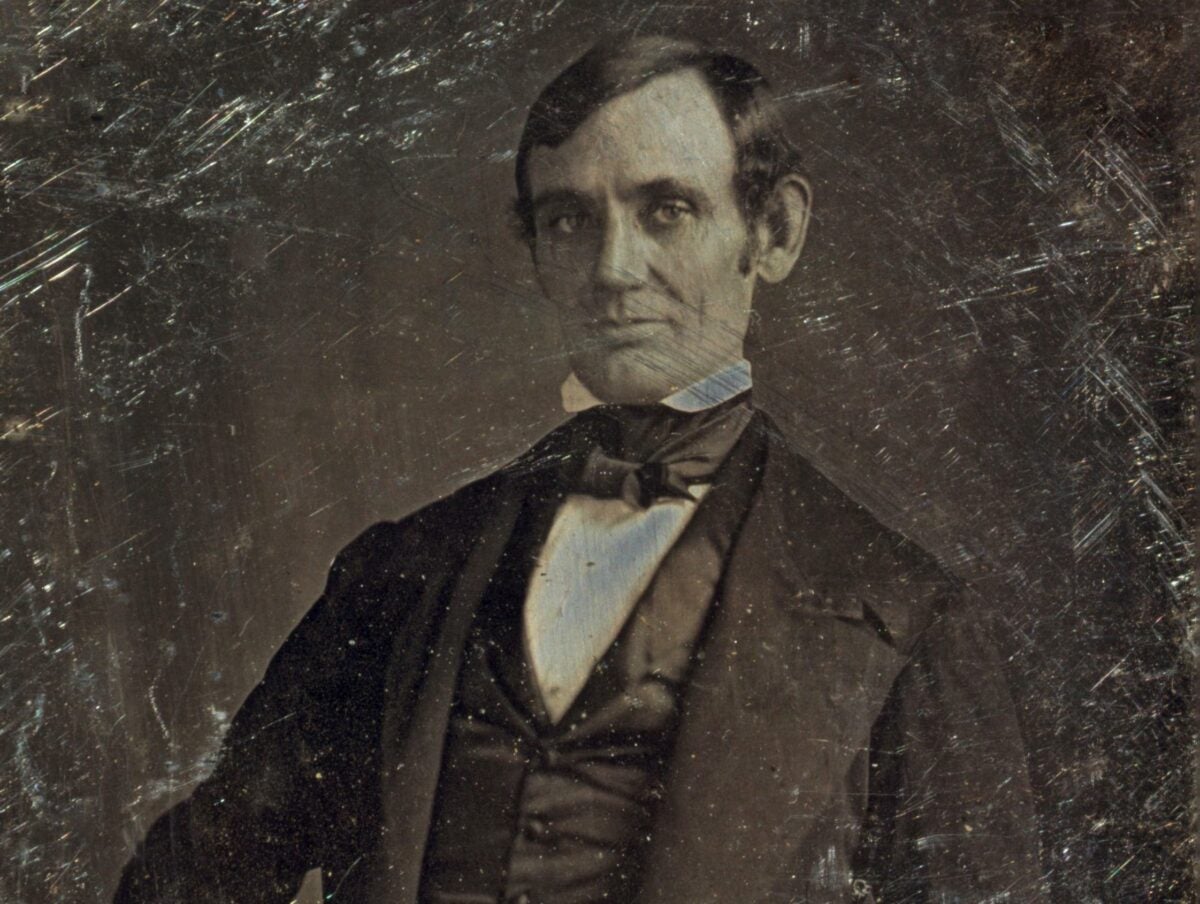 The President of the United States is quite a title to hold. Great Americans have held the office since George Washington founded the nation. To stand out in this lineage of leaders is no small task. For all the history that Abraham Lincoln made as president, incredibly, he stands out as the only one to hold a patent.

Lincoln grew up on the American frontier. He learned flatboat river navigation on the Ohio and Mississippi Rivers as a teenager. At the age of 19, he made a flatboat journey all the way down to New Orleans.

A few years later, Lincoln made a second trip down to New Orleans. However, before Lincoln reached the Illinois River, the boat became stuck on a milldam at New Salem. Stranded on the Sangamon River, the boat started to take on water. Lincoln acquired an auger from New Salem and hurriedly returned to the boat. He unloaded part of the cargo to the right of the boat and proceeded to drill a hole in the bow. After enough water ran out, he plugged the hole and was able to free the boat and continue to New Orleans.

After completing the voyage to New Orleans, Lincoln returned to the small prairie town of New Salem. Interestingly, it was there that he met his first love and fiancé, Ann Rutledge. Lincoln also began his political career in New Salem.

In 1848, Lincoln served in the House of Representatives. On his way back to Illinois, the boat he was on beached on a sandbar. The captain ordered all hands to collect planks, barrels, and boxes, and force them under the sides of the boat. The items buoyed the vessel and eventually freed it from the sandbar. Along with his experience on the Sangamon, this event inspired Lincoln to invent something to help stranded boats.

Lincoln had a mechanically curious mind. While traveling the circuit as a lawyer, he would often find farm machines and tools to examine. He was fascinated with the intricacies and interactions of machinery. Combining this mechanical interest with his riverboat experiences, Lincoln set to work inventing a device to free beached vessels.

Lincoln called his invention “An Improved Method of Buoying Vessels Over Shoals.” His idea involved waterproof fabric bladders that could be inflated to, well, buoy stuck vessels over shoals. Accordion-shaped air chambers on the side of the boat would inflate the bladders when necessary. He built a scale model of a ship equipped with his invention to validate its design. However, it was never fitted to an actual ship.