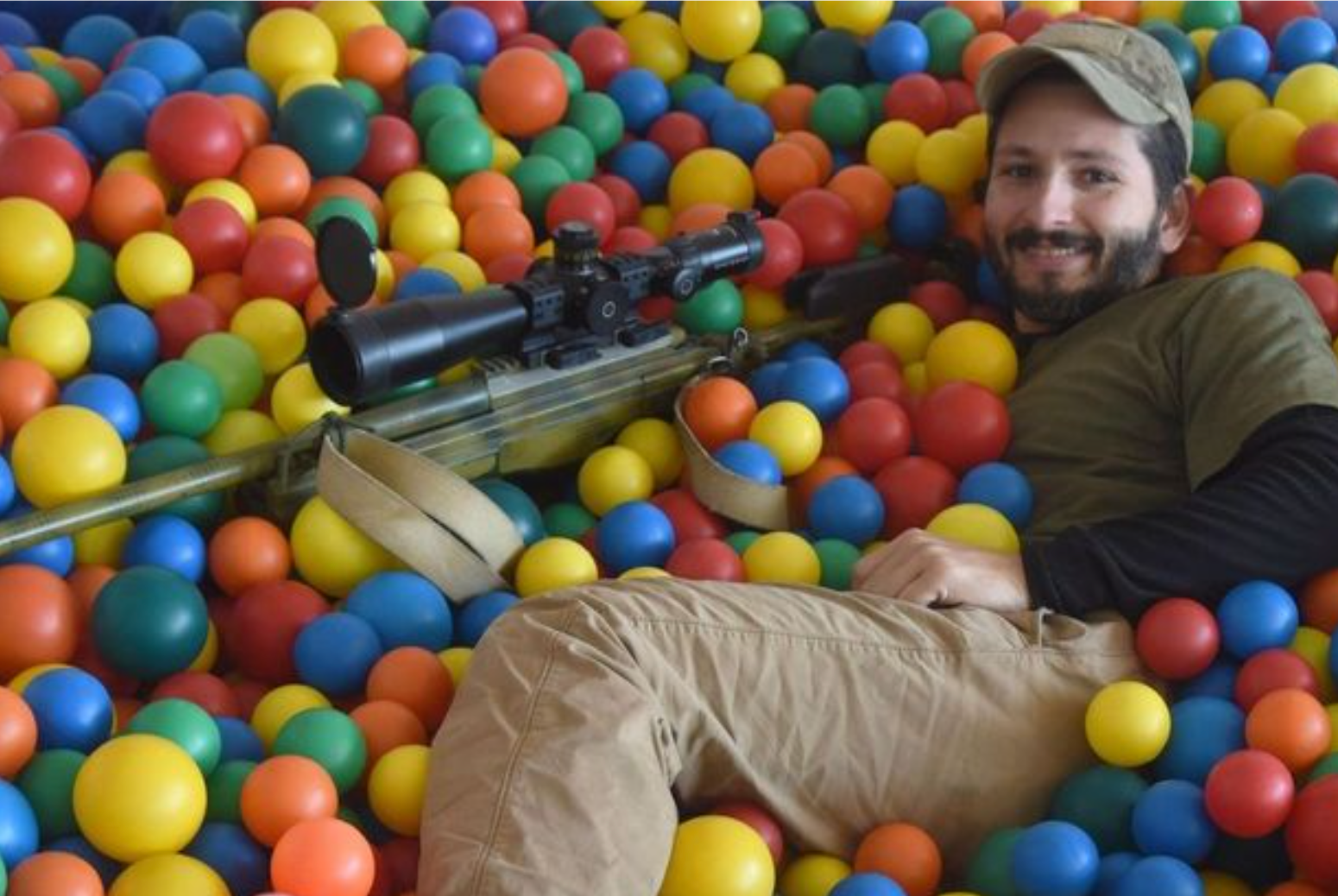 The war in Ukraine has attracted many foreigners to join the fight against Russia. One notable fighter is a Canadian who goes by the war nickname ‘Wali,’ which means “protector” or “guardian” in Arabic. He previously served in Kandahar Province, Afghanistan, with the Canadian military and volunteered in Iraq with the Kurdish resistance in their fight against ISIS. Now, in Ukraine, Wali has become a major thorn in the side of the Russian Army.

Using social media, Wali has publicized many of the supplies left behind by retreating Russian forces. “And thank you for leaving ammo and grenades behind after retreating,” he wrote on social media. “Some of my comrades are now even better armed than before you arrived. Thanks thanks!”

In an effort to demoralize Ukrainian defenders, Russian media outlets publicized that Wali had been killed on the battlefield. On March 22, the Canadian did an interview to prove that he was still alive. He even taunted the Russians by posing with his sniper rifle in a ball pit. Wali continues to troll Russia online by posing with Russian rations.

“Here I am with a Russian military ration!” Wali published on Facebook. “I would like to thank the Russian Army for bringing this meal to me. I know it hasn’t been easy. Thank you for crossing combat zones, muddy roads and areas bombarded by Ukrainian artillery. And thank you to the starving Russian soldiers who sacrificed themselves for me to have this good meal. Hoping to be able to taste several other rations of this kind.”

Wali also gave a mock review of the Russian rations which were shown to be past their expiration date. “Taste-wise it’s as good as a Canadian ration,” he said in the clip. “Each box contains three meals for the day, unlike Canadian.”