This aircraft factory was disguised as a suburban neighborhood during WWII 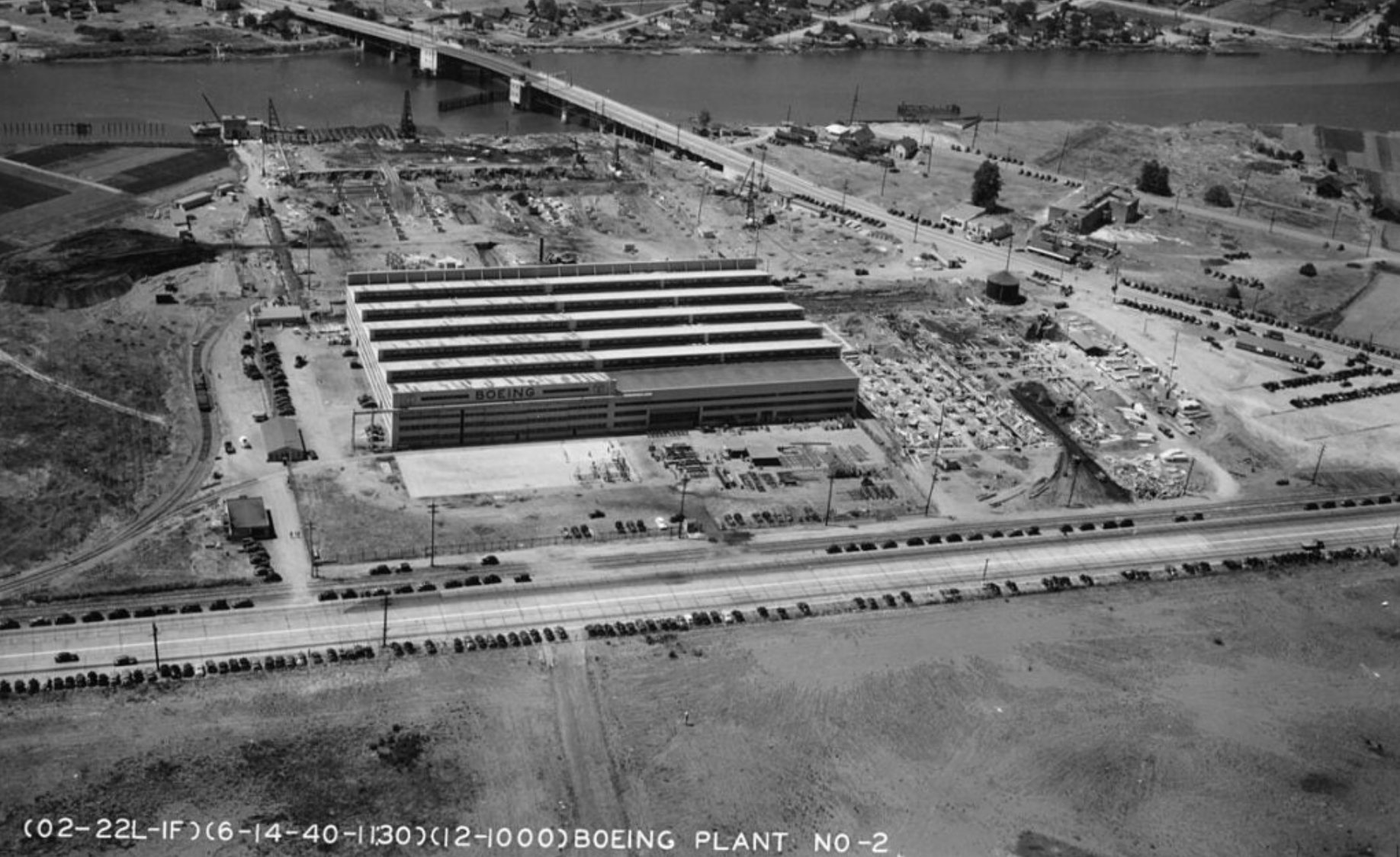 From a Ghost Army to paratrooper dolls, deception was vital to the allies during WWII. Following the attack on Pearl Harbor, protecting the massive Boeing Plant 2 in King County, Washington, south of Seattle, became a priority. Rather than surround the factory with anti-aircraft guns, the Army Corps of Engineers built a disguise over it.

Boeing Plant 1 was the first Boeing Company production facility and was located in Seattle on the Duwamish River. It served as the company headquarters from 1917 until 1965 and was used in all aspects of aircraft production for Boeing’s early models. However, by the 1930s, the company needed a bigger and more modern facility as it transitioned from small wood and fabric seaplanes to all-metal land-based aircraft. Just up the river from Plant 1, Boeing Plant 2 was built.

Such a large and important facility had to be protected in the event of a Japanese air attack. To accomplish this, the Army built streets of plywood houses out of plywood and fabric on the roof. They even put up street signs and hired actors to walk around like it was a real neighborhood. Trees made of chicken wire and painted burlap helped it blend into the vegetation of the Pacific Northwest. From above, the factory looked similar to the real neighborhood across the river. To disguise the coming and going of the factory’s workers, entrances and exits were built into mock cafes and shops. Lockheed’s facility in Burbank, California also disguised itself as a neighborhood during the war, but not to the same extent.

Nicknamed “Boeing Wonderland” by the Seattle Daily Times, Boeing Plant 2 built 6,981 of the 12,731 B-17s produced during the war. It also built the first three B-29 Superfortress bombers and produced sub assemblies for Boeing’s B-29 plant in Renton, Washington. After the war, all 370 upgraded B-50 Superfortresses were built at Plant 2. The factory also produced the swept-wing B-47 Stratojet, the legendary B-52 Stratofortress, and even started production on the first three Boeing 737s.

Boeing Plant 2 operated as a production facility and machine shop until the 1980s when work shifted to more modern facilities. It served as a restoration facility for historic Boeing aircraft in the 1990s and 2000s. However, the main building fell into disrepair as the result of inadequate maintenance and earthquakes. Demolition of the historic plant began in late 2010 and Boeing restored more than 5 acres of wetlands along the river where the factory once stood.