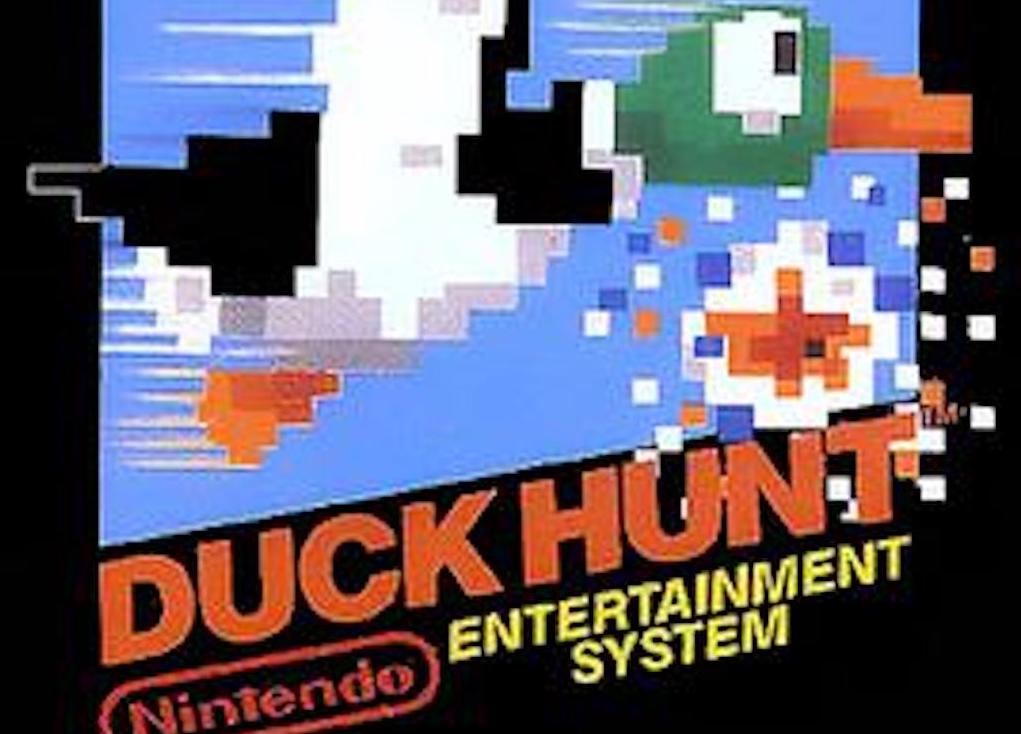 Every year the U.S. Fish and Wildlife Services holds a Federal Duck Stamp Art Contest; the winner of which becomes the Federal Duck Stamp. The contest brings attention to the department, as well as funds. Money purchasing the stamps goes toward the Migratory Bird Conservation Fund in order to help save migratory fowl habitat. At WATM, we love celebrating service across all government departments and agencies, especially when classic Nintendo games from our childhood are involved. We know how much veterans love fishing and wildlife, so we couldn’t resist.

One of the more interesting submissions came in 2021, featuring elements from Nintendo’s 1984 video game, Duck Hunt. This submission was provided by TV host John Oliver. The kicker? It was presented as a satirical design. This and others were all presented on Tonight with John Oliver, including recreated works of art where subjects were replaced with a duck, and one where a duck was doing the hunting, shotgun in hand.

The art was completed by Eric Joyner and contained key Duck Hunt features, like the pixelated hound, duck in hand. Features of the game’s screen were also included at the bottom of the design.

Of course, the submission was denied entry – but not for the reason you’d think. The Duck Hunt design was denied access as a federal stamp because it contained writing, with a score at the bottom of the design. (Meanwhile, the rest failed to gain traction in rounds of voting.)

Words were banned as being part of the design, only part of the contest’s strict guidelines. Stamp submissions also had to include a water element, and a prominent duck (obviously). Eight additional pages of guidelines are provided to participants, who much be 18 years old in order to provide a submission.

However, undeterred by the primarily serious tone of the competition, John Oliver and company put up the design up for auction, pledging to donate the entire funds to wetland preservation.

Outdoor magazine Field & Stream soon became the proud owner of the Duck Hunt design, and others, with a winning bid of $33,200.

The entirety of the funds were donated, landing the paintings in the Field & Stream headquarters. The stunt also brought much publicity to wildlife conservation, and encouraged donations, even among non-hunters.

While you won’t be able to mail a letter with the beloved Duck Hunt stamp on it any time soon, fans can still enjoy the artwork, satirical or not.

For more information on how to submit a work of art for the Federal Duck Art Contest, head to fws.org.