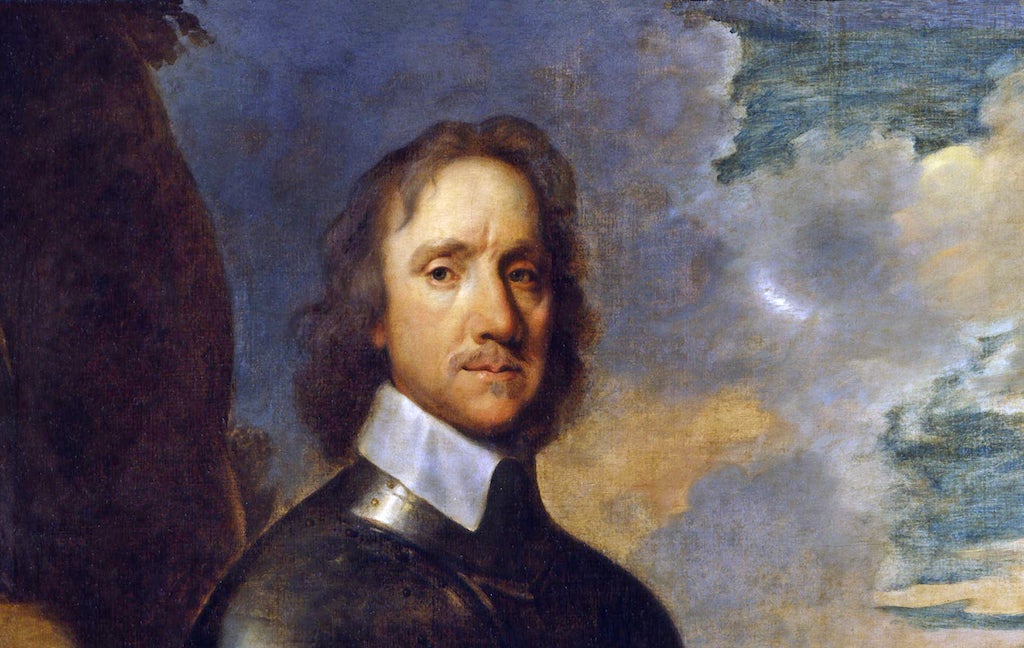 Between 1653 and 1658, The British Empire had no ruling monarch. Instead, it was ruled by Oliver Cromwell, Lord Protector of the Commonwealth of England, Scotland and Ireland. Cromwell was a de facto dictator who came to power after unseating King Charles I.

Charles was defeated after nine years of the English Civil Wars, which saw the Royalists exiled for the duration of Cromwell’s reign, which ended in his 1658 death. At the time, England had around 50,000 colonists in the Americas from 20 different colonies.

Toward the end of the English Civil War, one of those colonies, Virginia, gave Cromwell the biggest headache, so he sent in ships to do something about it.

At the time, the North American colonies were relatively new. The Jamestown colony was founded in 1607 and barely survived its earliest years there. Only 40 years or so had passed before the crown was exiled to continental Europe, so many of the colonists were still in the first generation and were still loyal to the British Crown.

When Cromwell executed King Charles I in 1649, the six oldest colonies in the western hemisphere refused to recognize the new English Commonwealth and instead recognized King Charles II as head of state. Among these was the Virginia Colony.

Since Cromwell’s land forces were too busy subduing English possessions elsewhere in the world, he was unable to send an Army to get the American colonists back in line with the new leadership. In response, Parliament passed a law forbidding trade with the “notorious Robbers and Traitors” in Virginia and Maryland.

With his official forces engaged in other, more populous areas of the Commonwealth, Cromwell and the Parliament began issuing letters of marque against the colonies. These letters authorized armed ships to become privateers – legal pirates – against shipping and trade between the resisting colonies.

Virginia was the oldest colony and the third most populous by the time Charles I was executed. It was locked in a war against the Powhatan tribe, who had already killed a tenth of the colony’s population. Royalists in the colonial government accused Cromwell and the Parliament of arousing the natives in retaliation for their loyalties. The Virginia government declared its loyalty to the King of England, Charles’ son, Charles II.

It all came to a head in Maryland, where governor William Stone allowed a group of Puritans from Virginia to settle in Providence, what is now Annapolis, Maryland. When Stone’s Catholic deputy declared the colonies’ loyalty to the monarchy.

Cromwell had declared the colonies act to be an act of treason and ordered Stone to retain control of the government. He seized the government records and sailed a flotilla of armed ships upriver to attack the Puritan settlement.

Capt. Roger Heaman learned about Stone’s plan to attack the Puritans, burn his ship, and kill his crew. Heaman allied with the Puritans under William Fuller. Heaman began firing on Stone’s ship as they approached his and forced their retreat. He then blocked Stone’s escape through the nearby Severn Inlet, where Stone’s ships had taken refuge.

For 30 minutes, Heaman and Fuller fired on Stone’s forces, killing 17 and wounding 32, including Stone. Stone was sentenced to death but the women of Providence (who Stone intended to kill) spared his life.

The Battle of the Severn was the last battle of the English Civil Wars. The Royalists stayed in power in the New World and the English Monarchy was restored upon the death of Oliver Cromwell in 1658.