The 5 best military courtroom drama films - We Are The Mighty 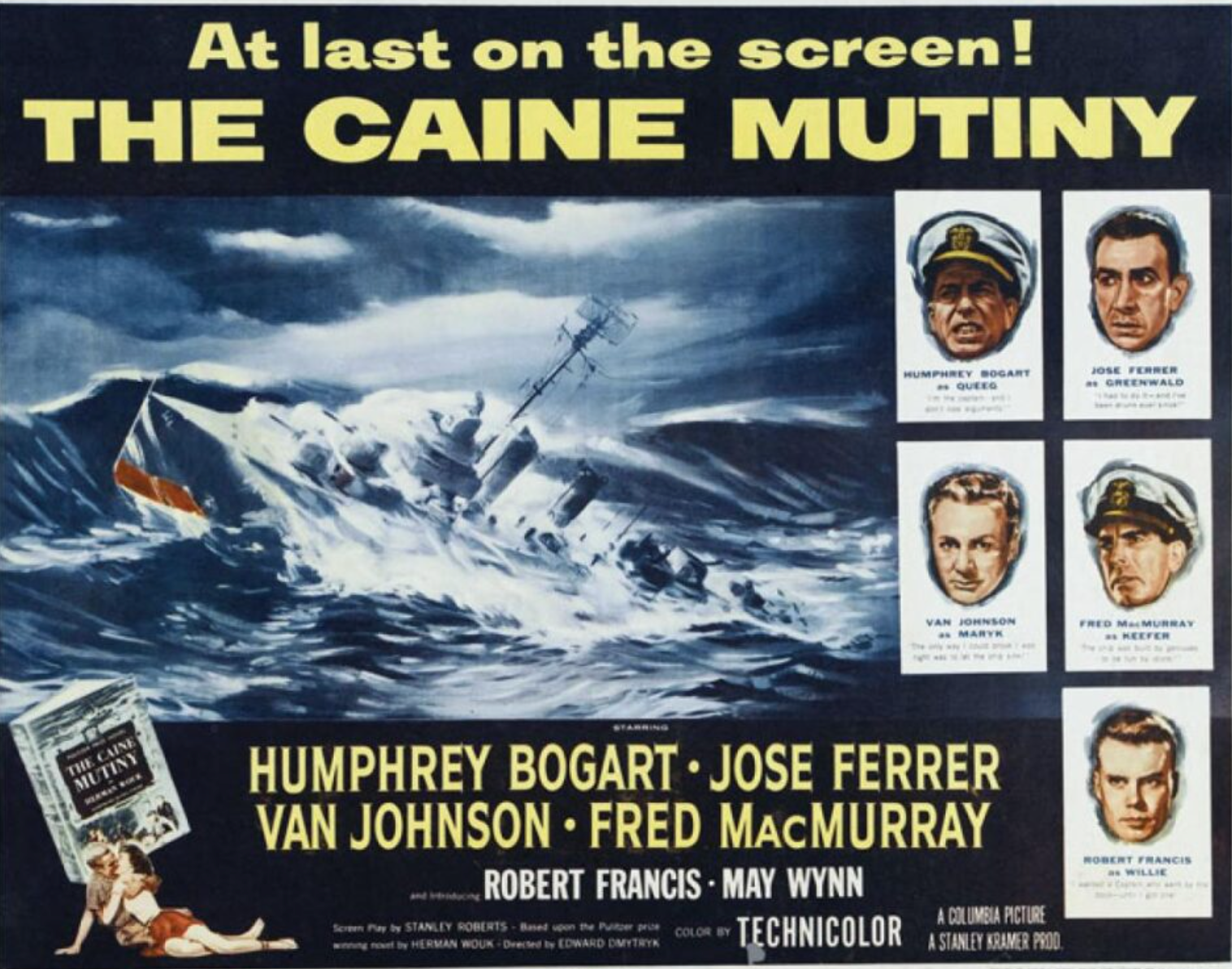 The classic film and play when looking for a strong military courtroom drama. The film is a collection of the greatest acting talents of its day with top performances across the board led by Jack Nicholson as Colonel Jessup, the poster Marine for facing our nation’s battles without an ounce of hesitation. Nearly every scene is memorable and well-written thanks to Rob Reiner’s direction and Aaron Sorkin’s writing craft. There are so many memorable lines of dialgoue throughout the film too.

Logline: When a U.S. Naval captain shows signs of mental instability that jeopardizes the ship, the first officer relieves him of command and faces court martial for mutiny.

The film has the leading stars of its time with Humphrey Bogart, who was nominated for an Oscar for his role, while Van Johnson, Jose Ferrer and Fred MacMurray lead an all-star ensemble. Future great Lee Marvin shows up in a tertiary role in the film, too. The film depicts Bogey’s character Lieutenant Commander Queeg as a strict disciplinarian that eventually exhibits mental illness, especially with regards to the missing strawberries (see film). Queeg is eventually relieved of his commander by XO played by Johnson as Lt Maryk. While on trial after much deliberation, Queeg finally starts showing his mental illness which leads to the acquittal of Maryk and his support, LT Keefer, played by MacMurray.

Logline: An attorney defends an officer on trial for ordering his troops to fire on civilians after they stormed a U.S. embassy in a Middle Eastern country.

William Freidkin, of French Connection and Exorcist fame, directs the film with a screenplay story credit by Senator Jim Webb, Marine Vietnam Veteran, which stars Samuel L. Jackson, Tommy Lee Jones and Guy Pearce. Marine Corps veteran and military consultant to Hollywood, Dale Dye, shows up as a two star Marine General. We get a tight, realistic story of Marine Colonel Childress, played by Jackson, who is pushed to make a decision while in dire straits where he kills civilians outside of embassy in Yemen. The drama is high and the performances are strong, especially that of Guy Pearce who made quite a name for himself in the late 90s and early 2000s in American films (see LA Confidential). We get to see multiple battlefield situations and courtroom conflicts that will keep the audience engaged. Pun intended, heh heh heh.

Logline: Fed up with their Captain’s harsh discipline, a sailing ship’s crew decides to take action.

Anthony Hopkins and Mel Gibson star as Lieutenant William Bligh and First Mate Fletcher Christian in the fifth iteration of story about the mutiny on the Bounty. We get first rate acting, directing, cinematography and writing. The film depicts the Bligh and Christian as friends, the journey to Tahiti, being on the island, the return to Britain and the overthrow of Bligh by Christian. It is a fuller story than the previous films, which many were remakes of remakes and dials in on the thoughts and actions of the men through their journals and the trials of the mutineers. Liam Neeson shows up in a bit role as well early in his career.

Logline: During the Vietnam War, a soldier finds himself the outsider of his own squad when they unnecessarily kidnap a female villager.

Based on a true story about the incident of Hill 192 which took place in 1966 during the Vietnam War, Brian De Palma directs a war film and courtroom drama, which was a new turn for his career at the time. It stars Michael J. Fox and Sean Penn in lead roles with a strong supporting cast of Ving Rhames, John C. Reilly and John Leguizamo. Dale Dye shows up as Captain Hill, an Army officer looking to minimize any press and mitigate the actions of his fellow Soldiers. The dramatic acting is also carried by convincing newcomer Thuy Thu Le as the Vietnamese young woman who is assaulted and raped by the soldiers. It is a tough and heart wrenching story played with honesty and merit by the entire cast.