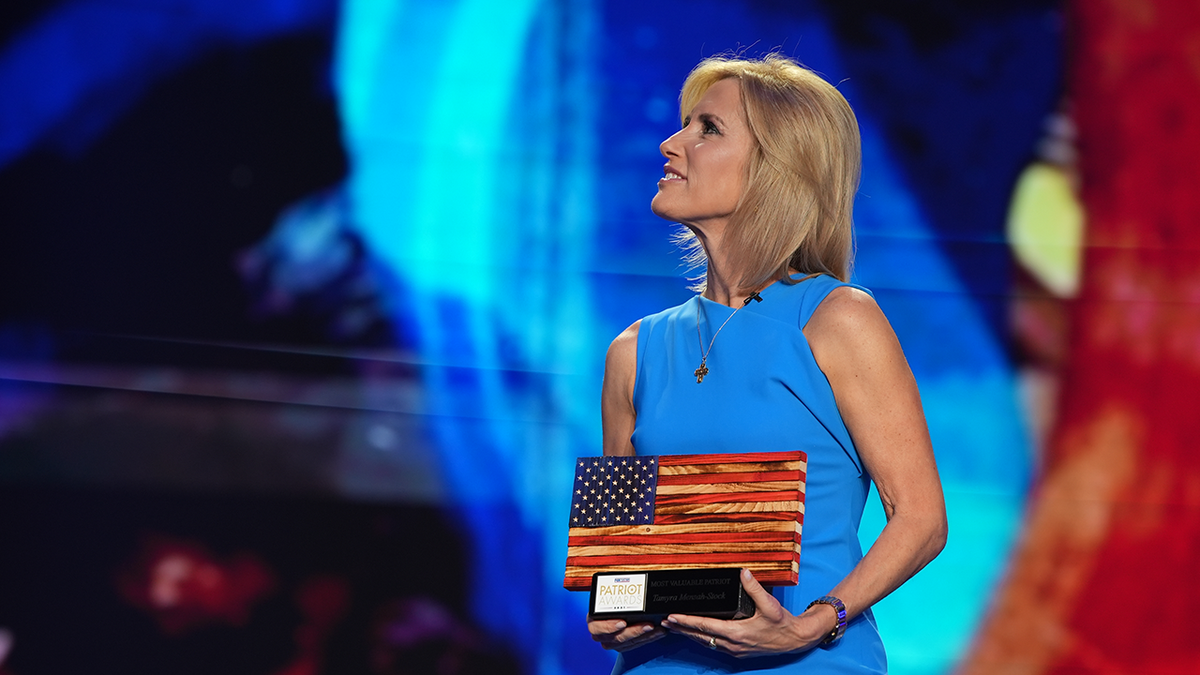 On November 17, 2021, FOX Nation held its 3rd annual Patriot Awards to honor America’s heroes. It was an evening dedicated to those committed to the cause of freedom and undeniable, extraordinarily selfless service to the country.

The unabashed love of all things red, white and blue ceremony was hosted by Army National Guardsman veteran, Pete Hegseth. He opened the night honoring the men and women he served alongside. The combat veteran shared the purpose of the Patriot Awards and how it was created to, “honor ordinary Americans who did extraordinary things.”

Ordinary isn’t a word which can be attributed to these honorees, however.

D’Corey Johnson, a 3rd grade student from New York started the show with his now viral rendition of the national anthem, followed by an appearance by the state’s Republican governor, Ron DeSantis.

Olympian Tamrya Mensah-Stock was the first honoree of the ceremony, receiving the “Most Valuable Patriot” award from the network. Stock was recognized for her unabashed pride and devotion to being an American citizen. After she accepted her medal at the 2021 Tokyo Olympics, her speech of love for the country went viral.

When Stock took the stage the crowd’s chants of “USA” reverberated across the vast stadium filled with thousands cheering for the Olympian. “My father’s an immigrant. I made a way for myself,” she shared as she accepted her award. “I was taught to love my country.”

The next honoree not only devoted his life to the theme of “love of country” by serving it as a Green Beret but he kept on serving it, even when his uniform had long been hung up.

Retired Lt. Col. Scott Mann watched in horror along with the rest of the world as the Taliban took over Afghanistan in the wake of the impending American troop withdrawal this summer. He himself spent a decade in the war-torn country, building relationships with the community. But rather than sit back, he took action.

Mann and his Pineapple Express team saved the lives of 500 Afghan allies, earning him the Heroism Award. “I’m absolutely not a hero. But I got to serve with a whole bunch of them,” he said to the cheering crowd. “This is for all the men and women I served with over the 20 years in Afghanistan. This is for the men and women at the breech at Kabul International when everything was falling apart. This is for the 13 that didn’t come home.”

There weren’t many dry eyes in the audience.

Army Sergeant First Class John Goudie, a Purple Heart and Bronze Star Medal recipient, was chosen as the Modern Warrior for the 2021 awards ceremony. He was shot several times in 2012 while deployed to Afghanistan. Despite his significant injuries and loss of a leg, he went right back into the fray –– determined to serve.

He encouraged those in attendance to be positive but to also stand up for what they believe in and fight for it.

Homes for Heroes built him a custom house to support his needs following his service injuries. Andy Pujol founded Building Homes for Heroes in 2006 and continues to oversee operations. After presenting Goudie with his award, Pujol was surprised with one of his own. FOX Nation chose him to receive the “Service to Veterans” honor.

Pujol said his promise was to serve his country and for him, building homes for its heroes is how he can do it.

Singer-songwriters Tyler Farr and Heath Sanders performed “The Man I left Behind,” a song they wrote with veteran Chris Bickel, who was featured in FOX Nation’s “Patriots Playlist”, a show pairing service members and veterans with song writers to assist in their healing journey.

As the COVID-19 pandemic began to shut the country down, one high school student decided to get to work. Mike Rowe of “Dirty Jobs” fame and current FOX Business host introduced Bobby Reuter, the talent behind the handcrafted, wooden American flags made specifically for the Patriot Awards.

As divisions continued, he made it a point to use his craft to remind the country of the importance of unity. He’s now determined to send a flag and handwritten letter to every member of Congress.

The Courage Award was presented to Todd Beamer’s parents, a patriot who died fighting to stop United Flight 93 from reaching its destination on 9/11. It was a touching tribute to a man who’d saved countless lives with his selfless actions.

The next honoree followed the same mission.

Taylor Brandt, a brand new police officer, saved nine lives during her first year on the job. For her courageous actions and commitment, FOX Nation chose her for the Back the Blue award.

California eighth-grader Charlotte Bevan finished out the show when she was recognized with the Young Patriot Award. Her essay on patriotism is what garnered her nomination and eventual selection. Bevan read it to the audience, highlighting her pride in being an American and having the opportunity to “make a footprint” in her country.

“We have a generation of Americans standing and ready to lead this country. I couldn’t be more humbled to be among them and see them leading the way,” Joey Jones said after witnessing Bevan read her essay.

Jones is a retired Marine Corps Staff Sgt. who was wounded by an IED during a deployment to Afghanistan. He’s now the host of FOX Nation Outdoors, Patriots Playlist –– among others –– as well as a frequent FOX News contributor and analyst.

FOX Nation hosts Kacie McDonnell and Abby Hornacek closed the ceremony as they introduced fellow host and country musician, John Rich. He performed a song he wrote in honor of his grandfather, a World War II veteran. Rich dedicated the song to all veterans, service members and those who serve America.

The awards ceremony went over time due to the continued cheers and excitement from the in-person audience. It was a welcome sight for its emcee. “The FOX Nation Patriot Awards is the best of America – and I’m humbled and honored to host it,” Hegseth stated. “Finally an award show that celebrates real heroes and the enthusiasm for the event shows how badly it is needed.”