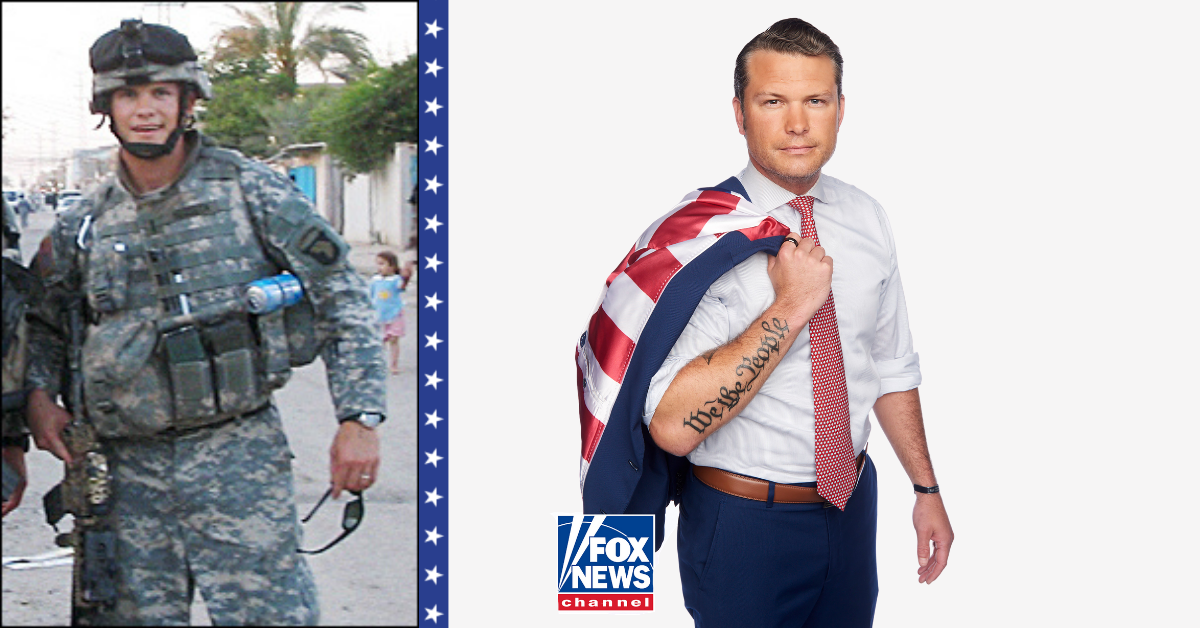 Army veteran and FOX and Friends Weekend co-anchor Pete Hegseth will be hosting two brand new programs for Proud American. This will be the network’s eighth consecutive Memorial Day event.

Memorial Day is a day which really hits home for Hegseth. “Those of us that are really close to it… I mean, it’s on my wrist, it’s on my mind. It’s always part of why we do what we do — because we’ve seen firsthand that sacrifice, and we want to make sure we follow through on it,” he shared.

This thought process is visibly present in the programming FOX has created for the holiday weekend. One of the shows Hegseth is most proud of for this weekend’s lineup is Modern Warriors: Reflections. He’s been hosting the Modern Warrior series for a few years and even wrote a book with the same name, highlighting many of the veterans stories from the show.

“Just sitting down with combat vets over a beer and in a comfortable setting, telling the real story. Unvarnished, like, ‘talk to me like it is.’ Three and four minute segments on the news show don’t don’t do justice to a lot of the topics we end up talking about,” Hegseth said.

Modern Warriors: Reflections focuses on the day and what it really means for veterans and how the country should approach it as well, he said. “Ultimately it’s all about remembrance. Each guy shares someone they are thinking of and how they honor Memorial Day,” Hegseth explained. He said viewers can catch the FOX News version of the show or go on FOX Nation and get the director’s cut, which is longer.

This is a series Hegseth said he always wants to keep doing. “There are so many different, interesting characters we’ve done it with…Each time you get a new layer of what the post-9/11 life has been like for veterans in the military,” he said.

Inevitably, there will be those in the American public who will thank military members and veterans for their service on Memorial Day. Educating those individuals and recognizing what the day entails is a vital message Hegseth is hoping to get across.

“It is important to draw the distinction. It is not about the veterans here, it’s about the folks who never came home and remembering their ultimate sacrifice,” Hegseth said. “My message to people this Memorial Day and every day is to stop for a moment and think about whether you are living worthy of that maximum sacrifice. Are you following through for those who gave everything or are we taking it for granted and letting it slip away?”

Hegseth was direct about his own experiences in combat and the weight the day holds for him. “It is a very real thing that has affected the lives of so many. As a vet myself and with your community, I say it all the time myself that I was one bullet, RPG, IED – and really in my instance it was an RPG that didn’t explode – from being thanked on Veterans Day rather than being memorialized on Memorial Day,” he explained.

This doesn’t mean we shouldn’t celebrate or gather together, he said. “Number one, drive home the consequence of the day. Number two, throw a big ‘ol party. Drink some beers and hang out with the people you love. The people who aren’t here would want us to do both,” Hegseth said. “Remember and then celebrate the lives we were gifted.”

With the 20th anniversary of September 11, 2001 approaching quickly, it was equally important to FOX for those heroes to be talked about as well, Hegseth said. “I was joined by about 50 NYPD, FYNY, Port Authority and New Jersey City Fire and Police Officers. I know Memorial Day is about military service and sacrifice, but these days supporting those who serve is a 24-7 365 day thing and Tunnel to Towers does that every day,” he explained.

Those terrorist attacks on America would ripple across the world and begin the now almost 20-year long War on Terror. The Tunnel to Towers Foundation not only supports those impacted by those events, but military veterans and Gold Star families too.

Hegseth spent time with the foundation’s Chairman and CEO, Frank Siller, who lost his brother in the attacks. He said there will be a few familiar faces on the special, too. One is Connor McGreggor, the world renowned fighter who is a big supporter of the foundation and their work.

In honor of Memorial Day, FOX News Media gave $25,000 to the Navy Seal Foundation to support their mission and $15,000 to the USO, so they can continue supporting military members deployed for COVID-19 vaccination efforts. They’ve also pledged to give FOX Nation to military members and veterans for a year, completely free.

“I am really proud of FOX Nation and FOX for doing this one year free for vets and the military…I think the vets and military that utilize it are going to love what they’re going to find there,” Hegseth shared. “It’s a platform committed to vets, our country, patriotism, to faith, the military and history, just things you won’t find elsewhere.”

“Weekends like this are another reminder of why I am so proud to be a part of FOX News and FOX Nation,” Hegseth said. “It’s one of the very few places that still does it right, the moments where we should be pausing and thinking about what really matters. I think viewers will see that reflected in the content that comes on this weekend.”

You can see the full lineup of shows for Memorial Day by clicking here and if you are a military member or veteran, you can grab your free year’s subscription to FOX Nation here.