German pilots revolted against their leadership in World War II 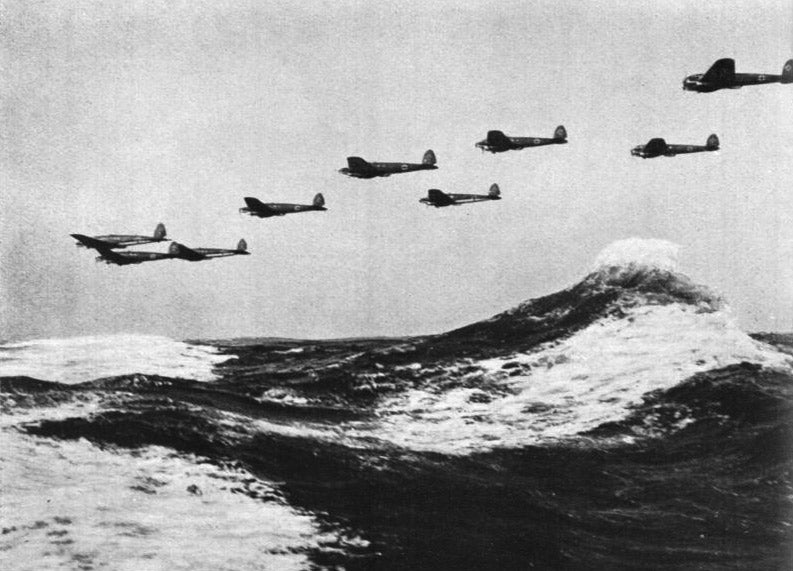 The idea of “revolting” against your Nazi leadership as an airman in the Luftwaffe seems like a great way to get a bullet in the head, but that’s what happened to the German air force toward the end of World War II.

At the beginning of the war, German pilots were among the best in the world, flying some of the best planes available at the time. The Luftwaffe was a critical component of the German blitzkrieg and the strategy owed much of its success to the men in the air. Poland, France, the Netherlands and Belgium all quickly fell due to Luftwaffe dominance.

Its failure to achieve victory over the Royal Air Force in the Battle of Britain wasn’t exactly a death knell for the Germans’ air component, but it wasn’t a good sign. By the end of the war, the German air force was completely overwhelmed by Allied air power. They began to lose good pilots and experience shortages of ammo, fuel, oil and lubricants. The Allies’ bombing campaign crippled their supplies, manufacturing and transportation ability.

If the bombing campaign seems like something that might have been stopped by the Luftwaffe itself, that’s because it could have, but there was a cancer growing inside the German air force, almost from the birth of the Luftwaffe: Hermann Goering.

Much of the trouble the Luftwaffe began to experience as time went on could be blamed on Goering. Goering began to fill the upper echelons of the air force with yes-men who were loyal to him personally, rather than promoting based on ability. When the fighting actually started, the Luftwaffe was more than capable, notching some 70,000 aerial victories over the course of the war. As time went on, the needs of the air force became more and more short-sighted.

The Luftwaffe’s plan for the defense of the Reich began to take its toll on the number of fighters in its arsenal. Replacing those losses didn’t become a priority for the Germans until 1944 — far too late to make a difference. The German air force’s last gasp of breath came with an effort to re-establish its superiority during the Battle of the Bulge in January 1945, but it was put down as fast as the bulge itself.

That’s when the “Fighter Pilots Revolt” happened. That same month after the failure in Western Europe, the best fighter pilots (still living) in the Luftwaffe wanted Goering removed and replaced by fighter pilot Adolf Galland.

Galland was known among the German pilots for his opposition to Goering orders from Messerschmitt Bf-109 pilots during the Battle of Britain. Goering wanted the fighters to fly close support missions for German bombers, while pilots like Galland wanted to support them from a higher altitude.

This higher altitude tactic made for the Bf-109 fighter. Above a certain altitude, it was just a more capable plane than the Spitfires the British were flying. Goering refused. Since then, Galland had risen to become General of Fighters and the rift between Marshal Goering and Gen. Galland only grew and intensified. Operation Bodenplatte, the operation flown during the Battle of the Bulge to destroy Allied air forces on the ground, led to an explosion in the resentment of Goering.

Galland called a meeting of the Luftwaffe leadership, where Goering was presented a list of demands from his airmen. They believed Goering had needlessly wasted lives and aircraft on bad missions and operations. They wanted him replaced. Goering, of course, protested, and did everything he could to squash the revolt. Goering won in the end.

Gen. Galland was relieved of his command and other so-called mutineers were sent to the skies over the front lines in Italy and elsewhere, where many died. Hitler intervened and allowed Galland to take command of a new squadron of Me-262 jet fighters. But the war was only months from ending and the Me-262 didn’t make much of a difference in that outcome.