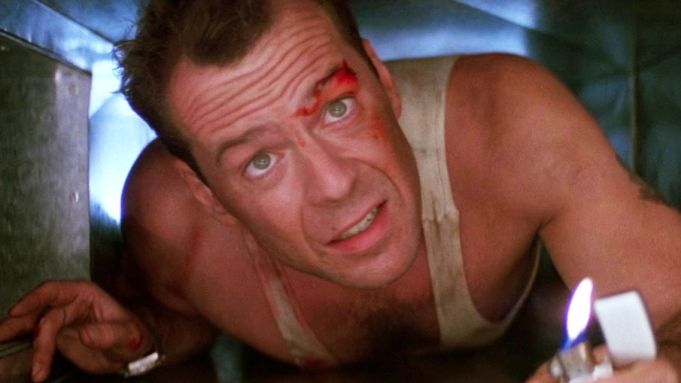 Everyone knows “Die Hard” is the story of how a struggling New York cop made his way to Los Angeles to spend Christmas with his estranged family only to get caught up in a terrorist attack. Not everyone may be familiar with “Nothing Lasts Forever,” the book on which the movie was based.

If you haven’t read “Nothing Lasts Forever” and love the “Die Hard” series, you might be in for a real treat, like watching “Die Hard” for the first time.

The book is much like the movie, except the main character, Joe Leland, is flying to see his daughter, Leland actually knows who the lead terrorist is, and the terrorists aren’t just out to steal money. They’re trying to expose the Klaxon Corporation’s illegitimate dealings with an illegal government in South America. Leland tells the whole story to a stewardess he met on the way to LA, who is also his new girlfriend.

To not ruin the rest of the story, I’ll let you read the rest.

As a former cop, Leland has a lot of experience with terrorists. He even attended a training seminar that discussed the work of “Little Tony” Gruber, the leader of the German terrorists taking over the Klaxon building.

The producers of “Die Hard” didn’t intend for the film to be anything like the book, but it’s hard to fight awesome. Scenes like John McClane taping a gun to his back or jumping off a building with a firehose tied around his waist are just too good to pass up.

See some of the best of John McClane in this clip from YouTube: