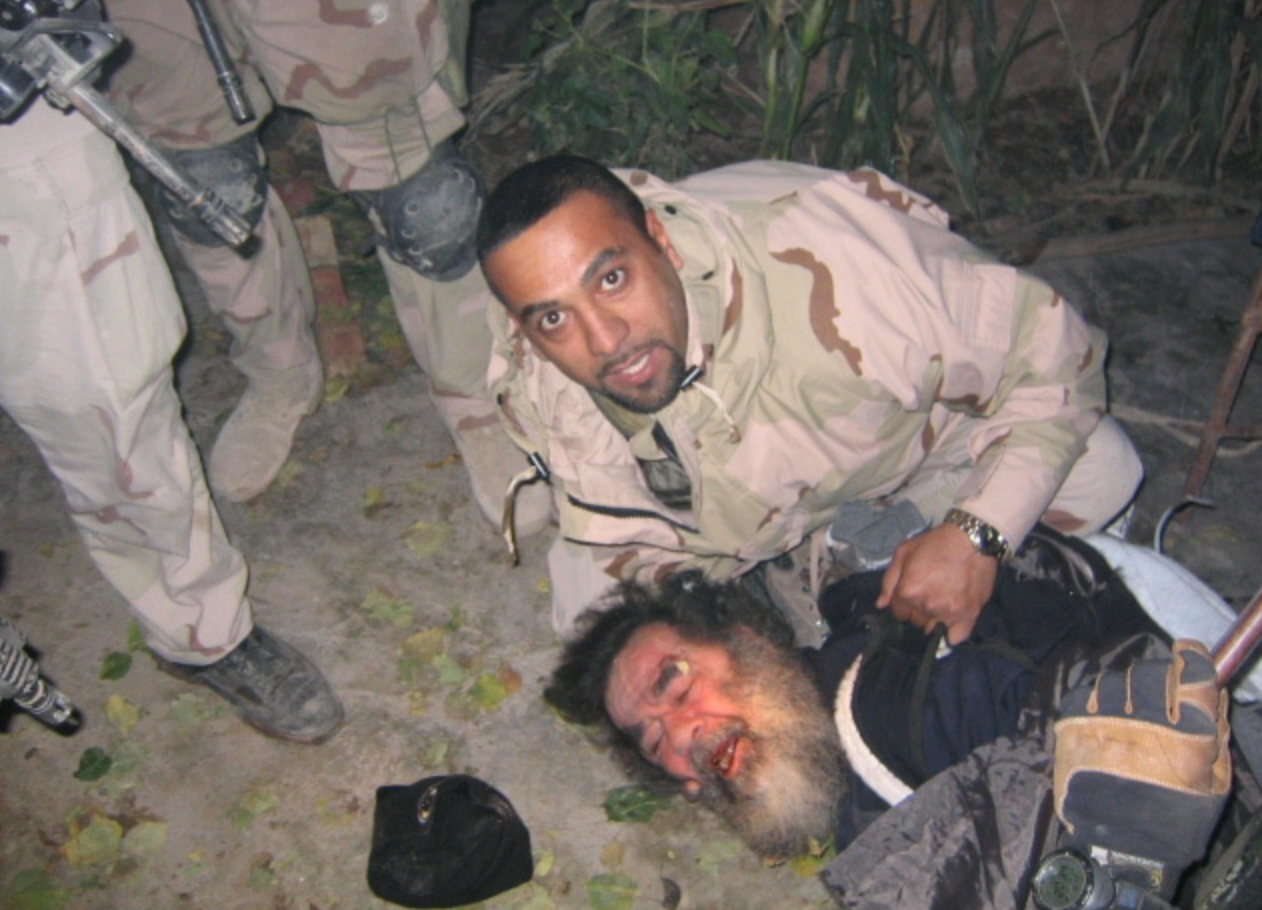 We’ve all seen the famous photo of the Iraqi-American interpreter pulling the Iraqi dictator out of his “spider hole” in Tikrit. To get to that photograph required a virtual “who’s who” of American special operations.

It was called Task Force 121, it ended the Hussein family’s reign of terror over Iraq, and became a case study in human intelligence.

In July 2003, elements of Task Force 20 received a tip that Uday and Qusay Hussein were hold up in a villa in the Iraqi city of Mosul. By 0900 that morning, the villa was surrounded by the 101st Airborne and the U.S. Army’s Delta Force was positioned to assault the building. When the Army demanded their surrender, the shooting started.

By November 2003, Task Force 20 had been rolled into Task Force 121, a combined special operations unit with the mission of hunting down high-value targets throughout Iraq. At the top of the list was Iraqi dictator Saddam Hussein.

After the fall of Baghdad to U.S. forces in April of 2003, the Iraqi dictator all but disappeared. He was last seen on a video taken in an area near Baghdad. For months, he remained on the run, with various sightings reported throughout the country. He even released audio tapes that called for the population to rise up against American and coalition forces occupying Iraq.

American intelligence agencies launched a country-wide manhunt for Hussein and other members of his regime. Some 600 operations were conducted over four months, but none came up with Hussein.

The 4th Infantry Division in Tikrit began capturing and interrogating known associates and their family members for information on his location. After interviewing a series of government officials, they realized many former Ba’ath Party members no longer had contact with the dictator. Army Intelligence began to focus on five families in the Tikrit area, ones with lifelong connections to Hussein.

Information gleaned from a Muslit brother helped the Army net Latif, who not only divulged the whereabouts of the Muslit patriarch, he informed the Americans that Muslit took orders directly from Hussein. Omar al-Muslit was now an insurgent operating in Baghdad. Soon, the Army raided an insurgent headquarters there, capturing the elder Muslit.

Muslit cut a deal with the Americans that would release 40 members of the informant’s family in exchange for one of Hussein’s possible hideouts. This one was a farm near Tikrit, the dictator’s hometown and base of support, and it was one that had already been raided.

The operation to capture Saddam Hussein was code named “Red Dawn” and the possible locations of the dictator were given the names “Wolverine 1” and “Wolverine 2.” The operation was carried out by Delta Force operators, members of the U.S. Army’s Intelligence Support Activity and the 4th Infantry Division’s 1st Brigade Combat Team.

After clearing the compound the soldiers seemed to come up empty-handed. While calling for an extraction, however, they accidentally came upon a piece of loose flooring, which uncovered the now-infamous “spider hole.” As the soldiers were about to drop a grenade down the hole, the shaggy face of the dictator appeared. His hands went up as he spoke:

“I am Saddam Hussein. I am the President of Iraq, and I am willing to negotiate.”