How an Army captain invented blood banks during WWI 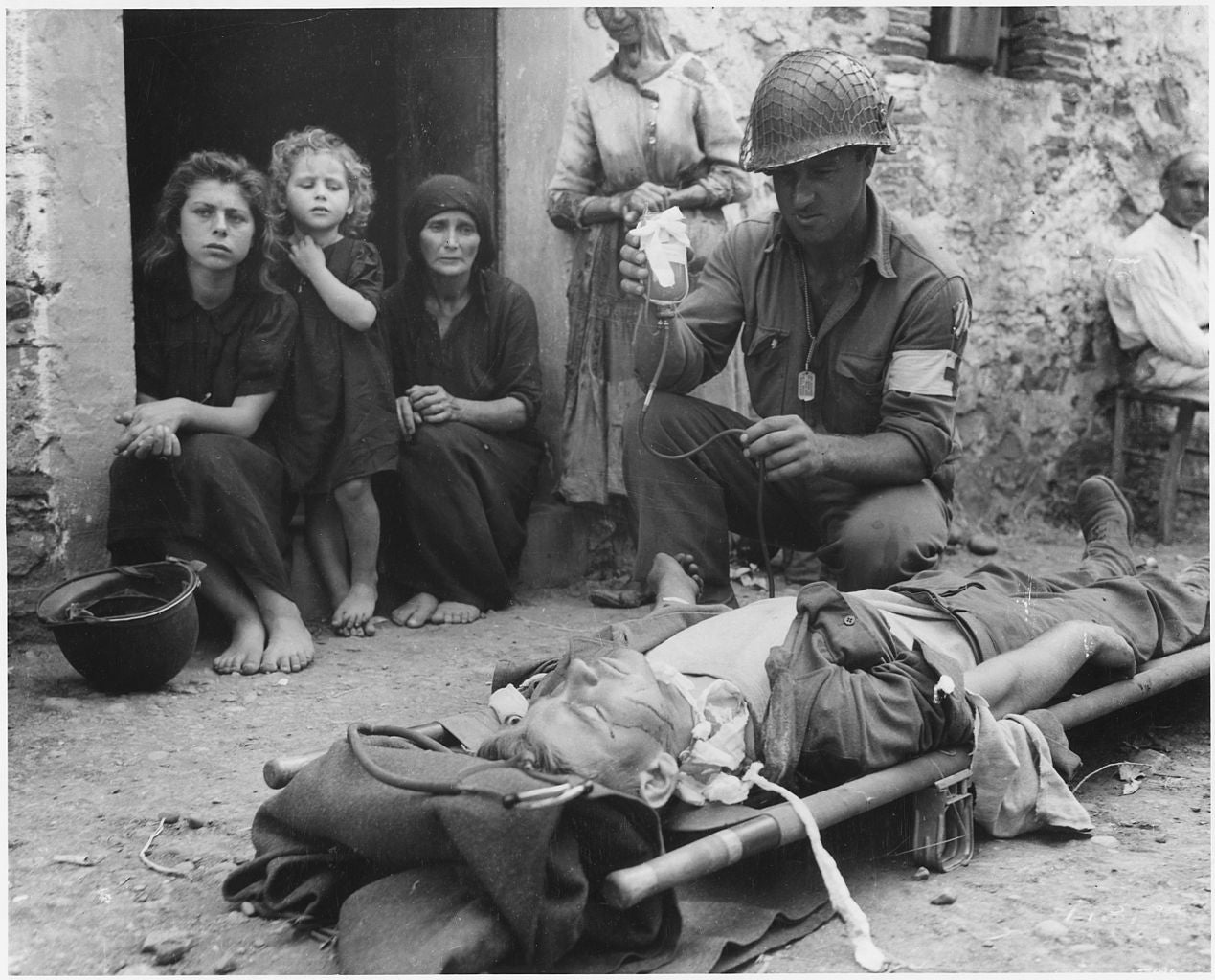 Wounded soldier is given blood plasma in Sicily, 1943.

Blood transfusion has continuously been tried all through history. However, it was usually unsuccessful because of several factors. At a glance, blood transfusion is a standard medical method in which donated blood is given to patients through a thin tube set within a vein in the patient’s arm. It is mainly cited as a significant medical development of the World War and solely likely due to the innovations created shortly before the Americans entered the war.

Blood transfusion is a possibly life-saving method that can assist restore blood lost because of an injury or surgery. In addition, a blood transfusion can help if a sickness inhibits a patient’s body from producing blood or if some of the blood components aren’t working properly.

Numerous factors in the 20th century propelled the inefficiency of blood transfusion. The key among them was blood’s propensity to clot, decreasing the flow and clogging equipment utilized to transfer it. Also, it was impossible to store the blood and administer it as fast as possible; therefore, there was a high need to eliminate this issue.

At around the year 1900, blood transfusions usually comprised of connecting blood vessels of the recipient and donor with the help of an India rubber-tubing. This procedure required a method of suturing blood vessels invented by Alexis Carrel in 1902 and later enhanced in 1905 by George Crile.

Such direct transfusion procedures required cutting through the patients’ skin to expose blood vessels. These procedures needed impeccable surgical acuity and could take at least three hours, necessitating the recipient and donor to sit calmly side-to-side otherwise, the connections will be disturbed.

The entry of the United States in 1917 into the war helped more physicians be more familiar with blood transfusion. Oswald Robertson was sent to the British 3rd Army Casualty Clearing Station to check with them on transfusion.

Consequently, Robertson came up with plans for what is regarded as the world’s first blood bank. Initially, Robertson worked with citrated blood pulled into one-liter glass bottles, transforming ammunition boxes into shipping boxes, with ice and sawdust packed around the bottles.

Captain Robertson chose group O blood donors since they are well-matched with every blood type, so they did not need extra testing. The citrated blood could solely be stored for a short period; however, it enabled blood to be collected in advance of demand. Soon enough, Robertson integrated J.R Turner and Peyton Rous’ dextrose into his bottles.

Dextrose and citrate were disinfected separately and then blended in a two-liter bottle, a giant bottle imposed by the dextrose volume required. The procedures of Oswald were highly influential since by the end of the war, he was directing a school for blood transfusion alongside training teams from other medical groups.

The Benefits of The Blood Banks

Blood banks played a vital role in patient care regarding the blood transfusion-related mistakes during World War I that could potentially have severe consequences for patients, including death. Blood banks necessitated correct identification of patients and blood products since it was vital to avoid such transfusion-associated reactions.

Most of the mistakes happen outside the blood bank; therefore, communication between blood bank experts and medical staff is vital to prevent such mistakes. The significant benefit that Robertson brought thanks to the blood bank is how he elevated the transfusion procedure eliminating the main problems doctors were facing at front-line hospitals, which was majorly unavailability of whole blood for transfusion.

Also, since there was difficulty in whole blood transfusion, patients grew to be walking blood banks of donors because coagulation made it challenging to establish whole blood stocks in reserve. Thankfully, Robertson signified that blood could be collected and stored in advance.