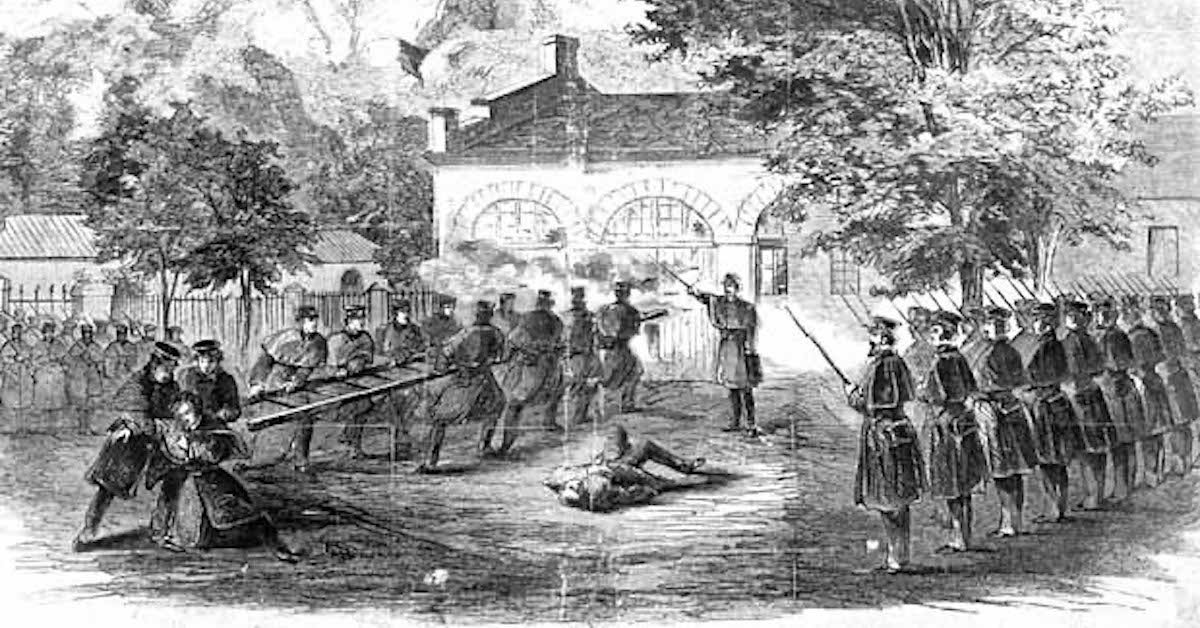 Born into an antislavery family, Brown was moved to publicly denouncing the slave institution after attending an abolition meeting at the age of 37. As early as 1848, he formed a plan to incite a mass uprising of slaves. By 1857, Brown had raised money and support, including the backing of six prominent abolitionists known as the “Secret Six.” With a small invasion force of about two dozen men, he devised a plan of attack.

He wanted to seize weapons at Harpers Ferry and distribute them to the local slave population. His intent was to lead a revolt that would destroy slavery in the United States.

After dark on Oct. 16, 1859, Brown and a group of 22 men, including three of his sons, attacked the arsenal at Harpers Ferry, but by the next morning, they were surrounded and overrun by a company of U.S. marines led by then-Colonel Robert E. Lee.

Ten of Brown’s men were killed, including two of his sons, and he was convicted of treason and murder by the state of Virginia and hanged on Dec. 2, 1859.

Although his raid was a failure, it would become an impetus for the Civil War just a few years later.