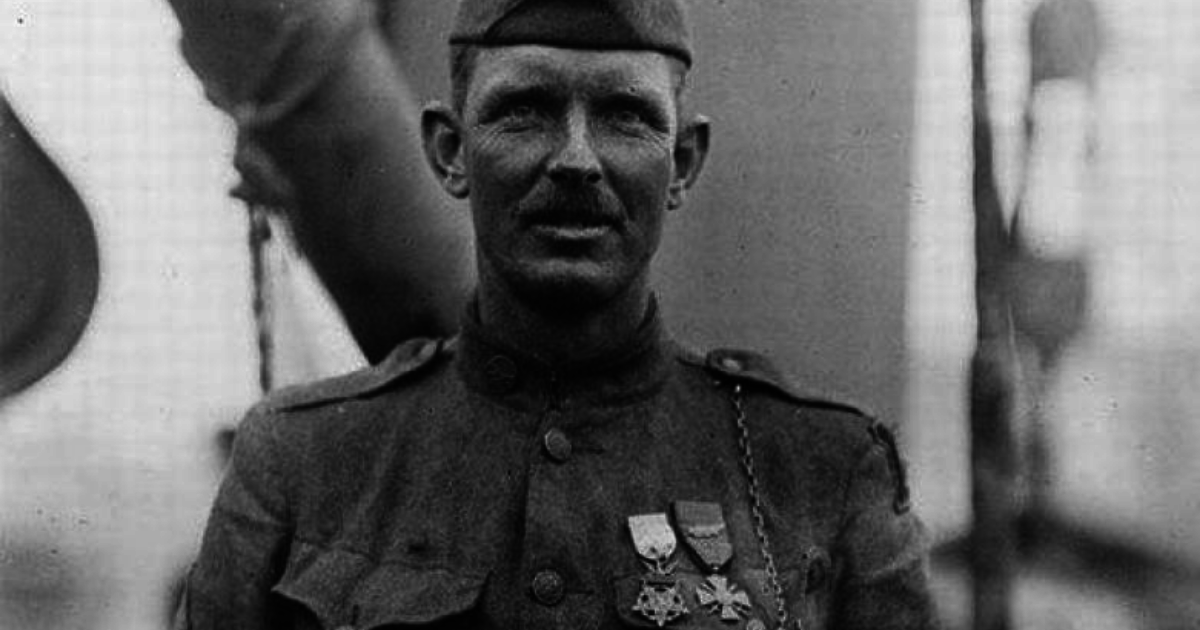 On Oct. 8, 1918, U.S. Corporal Alvin York was credited with killing 20 German soldiers and leading the capture of one hundred and thirty two more during the Meuse-Argonne offensive.

It was the final Allied push on the Western front of World War I. York and his battalion were to seize control of a German-held valley when his superior officer  was killed by German machine guns. York took charge, returning fire and inspiring his men to do the same. Caught out in the open, York started picking off German soldiers one by one as they attacked him. About 100 German soldiers above him were firing on him as he began to run out of bullets.

When the German line charged with bayonets from a range of about 25 yards, York pulled out his pistol and systematically picked off his attackers. Allegedly he continued to call out to the Germans, telling them they could surrender at any time.

“And those machine guns were spitting fire and cutting down the undergrowth all around me something awful. And the Germans were yelling orders. You never heard such a ‘racket in all of your life. I didn’t have time to dodge behind a tree or dive into the brush, I didn’t even have time to kneel or lie down. I don’t know what the other boys were doing. They claim they didn’t fire a shot. They said afterwards they were on the right, guarding the prisoners. And the prisoners were lying down and the machine guns had to shoot over them to get me. As soon as the machine guns opened fire on me, I began to exchange shots with them.”

York and his men were so successful, the Germans overestimated the American forces and surrendered their garrison of ninety men.

By the time they returned to the Allied lines, York’s remaining squad of fewer than a dozen men had taken one hundred and thirty two German prisoners. Worse, they were behind enemy lines with the German front between himself and the Allies.

He was promoted to the rank of sergeant and awarded the Congressional Medal of Honor.