German sabotage actually damaged the Statue of Liberty during WWI 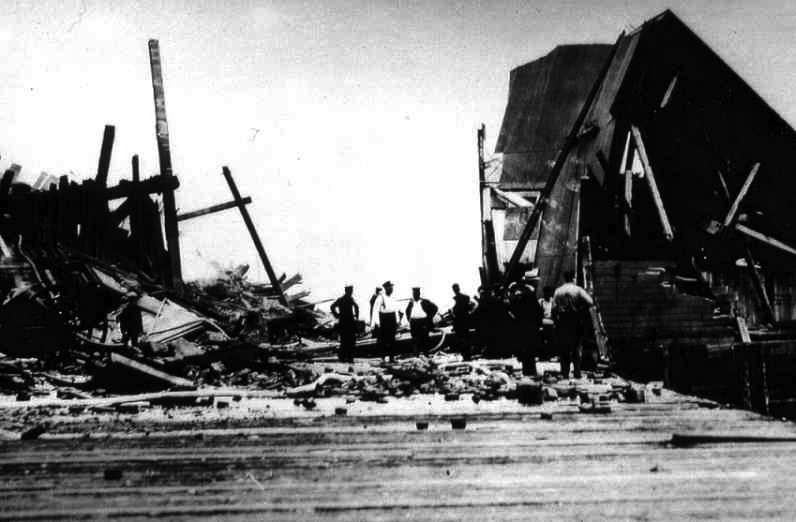 During WWII, President Roosevelt said that America, “must be the great arsenal of democracy.” The speech was made on December 29, 1940, nearly a year before Pearl Harbor and the country’s formal entry into the war. Roosevelt referred to the military equipment and supplies that America needed produce and send oversees to the United Kingdom to combat Nazi Germany. America took a similar approach in the previous war which resulted in an attack on the opposite coast.

WWI began in 1914. Although America remained officially neutral until 1917, materials and equipment were sold to the Allied nations to aid their war effort. Naturally, this did not sit well with the Central Powers. Although they were prohibited from attacking America directly, the war material being sold to the Allies was seen as fair game.

One such shipment was assembled at the Black Tom railroad yard, now part of Liberty State Park, in New York Harbor. There, train cars were packed with 2 million tons of war material ready to be shipped to England. However, in the early darkness of Sunday morning, July 30, 1916, the entire shipment exploded in an incredible blast.

The explosion shattered windows all across lower Manhattan and Jersey City and peppered the Statue of Liberty with shrapnel. Three men and an infant were killed by the sheer explosive energy, with over 100 more people wounded. The crater left by the blast measured 175 feet by 375 feet. Total damage was calculated at $45 million ($1.127 trillion in 2021), with damage to Lady Liberty costing $100,000 ($2.5 million in 2021) alone. It was one of the largest non-nuclear explosions in history.

The heinous attack was the handiwork of German agents who had infiltrated the United States to sabotage its support of the Allies. At the time, America’s national security and intelligence networks were practically nonexistent. The most capable investigators on the case were the NYPD’s Bomb Squad, and even they were unable to identify the German saboteurs at the time.

Congress responded with the Espionage Act which outlawed a variety of crimes associated with the German agents, along with other wartime laws. The next year, Congress followed up with the Sabotage Act. These laws gave power and jurisdiction to the Bureau of Investigation, the predecessor of the FBI, to pursue a wide variety of national security investigations. It proved effective, as German intrigues on American soil practically disappeared.

Along with other government agencies, the Bureau pursued the Black Tom bombing case after the war and identified the German agents. In the end, Germany was made to pay reparations for the attack against a neutral country.

The Black Tom bombing, Germany’s unrestricted submarine warfare, and the Zimmerman Telegram eventually led to America’s entry into WWI. During WWII, the Espionage and Sabotage Acts, along with the specific case of the Black Tom bombing, were used by Roosevelt as justification for the internment of Japanese-Americans.