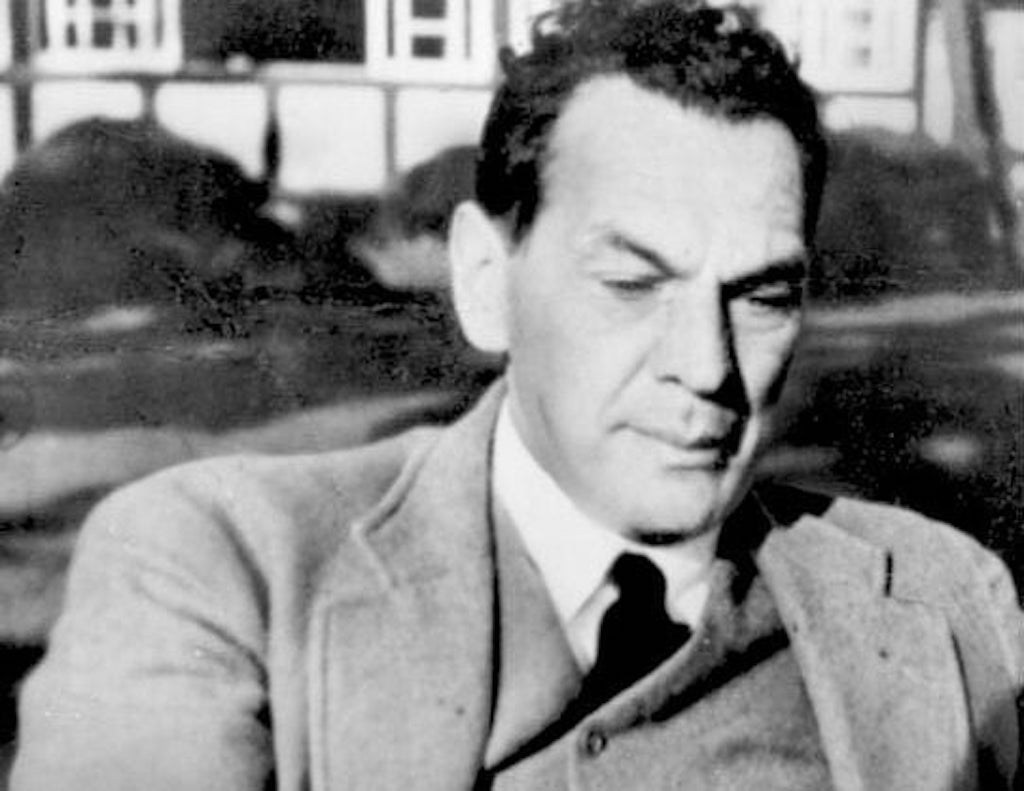 When Richard Sorge was born, his German parents were living in what is now Azerbaijan, working for the Russian government. He moved with his family to Berlin at a very young age. He was raised in a typical upper-middle-class family, supporters of the German Empire and the Kaiser.

Like many Europeans, he became disillusioned with the state of affairs during and after World War I, and his political views changed. If Richard Sorge hadn’t become a Communist, World War II might have lasted much longer – or ended differently.

At age 18, Sorge enlisted in the German Army and was sent to the Western Front. As a member of a reasonably wealthy family, he was supportive of the Kaiser and the war – at first. As the war dragged on, his views on war not only changed, his entire political point of view changed along with it.

Sorge was wounded in his hands and both legs and was discharged in 1916. By the time he left the army, he was no longer a German nationalist. As he recovered from his wounds, he read the works of Karl Marx and became a Communist. After earning a doctorate degree, he joined the Communist Party and moved to the Soviet Union.

It was in the USSR that he was recruited to work for the Red Army’s intelligence directorate. He was sent back to Germany posing as a journalist. He would spend years in Germany, China, and Great Britain, reporting back to the Main Intelligence Directorate (GRU) on the development of communist parties in those countries and the outbreaks of violence in China.

Once Japan had taken parts of China in 1931, the Soviet Union was worried that the Japanese Empire would invade the Soviet Far East. Sorge was sent to Germany to join the Nazi Party, get a job as a correspondent in Japan, and set up an intelligence gathering ring there.

That’s exactly what he did. After reading Adolph Hitler’s Mein Kampf, he became adept at creating Nazi propaganda and began attending beer hall meetings. He was so good at his work in Germany that three publications commissioned his work in Japan. Sorge’s farewell dinner was attended by Joseph Goebbels himself.

By 1933, Sorge was working in Japan as a correspondent for Germany’s top newspaper. His real job, from his Soviet handlers, was to determine if Japan was planning an attack on the USSR. He recruited a team of communist informants and by 1935 had contacts in both the German military presence in Japan, as well as the Japanese military and government.

Sorge was, soon after he was established, committed to the role of the hard-drinking playboy and ladies man, a typical Nazi diplomat in Japan at the time. He was so trusted by the German delegation in Japan that they weren’t just sharing information with the Soviet spy, Sorge was actively writing diplomatic cables back to Berlin.

After some Japanese officers started a border clash with the USSR near Manchuria, Sorge learned that it was an isolated incident and that Japan had no intentions of an all-out invasion of the USSR.

By far, the two most important intelligence findings of Sorge’s time in Japan came after World War II had started in earnest. He learned that Nazi Germany was planning its invasion of the USSR in 1941, but Soviet leader Joseph Stalin wrote off Sorge as a drunkard. Sorge’s next intelligence coup would not be ignored.

In September 1941, Sorge learned that the Japanese military command was resisting German pressure to go to war with the USSR and wanted to attack the United States’ possessions in the Pacific instead. He reported to Moscow that the Japanese would not invade the Soviet Union until the Nazis captured Moscow, the Japanese had enough troops to invade Siberia, and a civil uprising could be started there.

After receiving this intelligence and seeing the Germans halted before Moscow, Stalin felt he could move Soviet Far East divisions to counter the Nazi invasion and turn the tide against the Germans.

Sorge was eventually arrested under the suspicion of espionage. He confessed under torture and was hanged as a spy in November 1944.