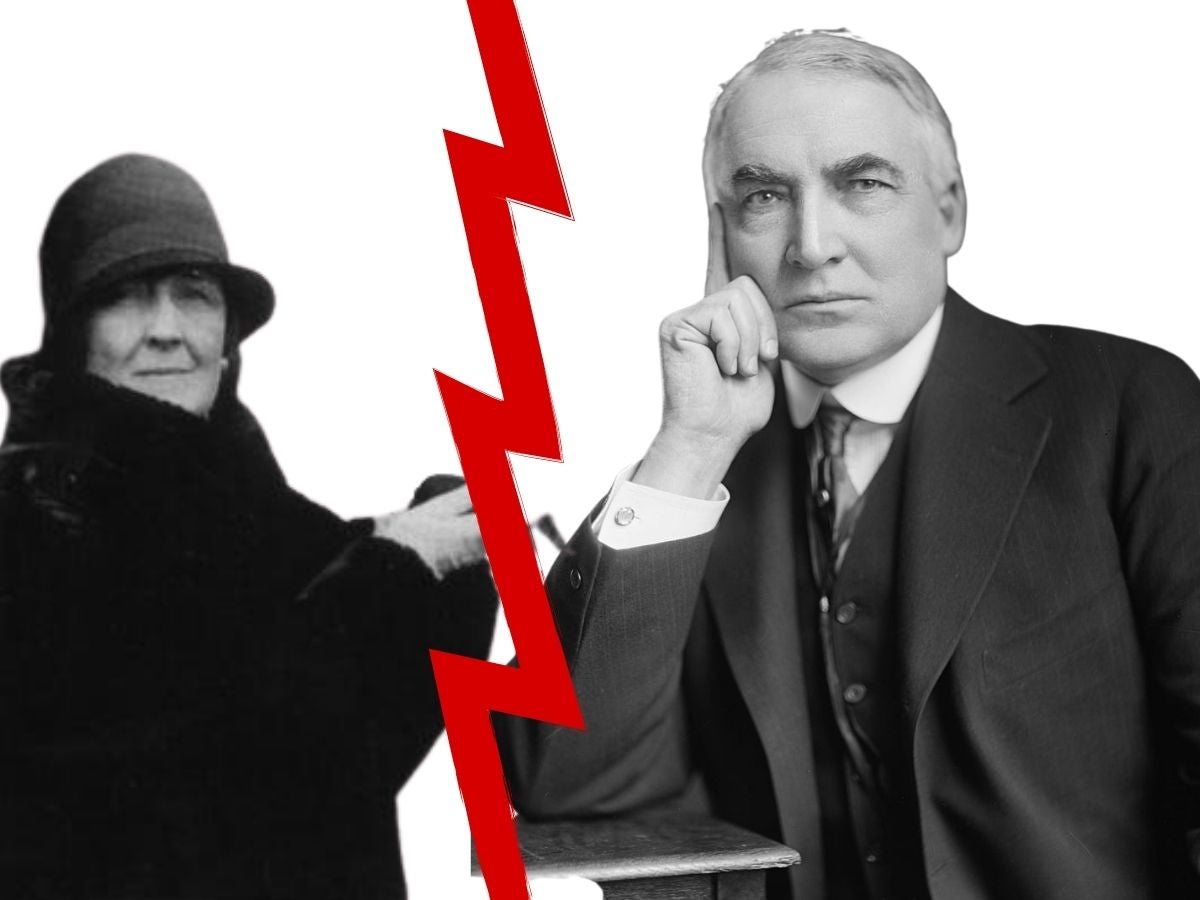 When Woodrow Wilson ran for re-election as President of the United States in 1916, he was running against Supreme Court Justice Charles Evans Hughes. He didn’t expect to win but he won by a narrow margin. His campaign slogan “He kept us out of war” resonated with the isolationist views of many Americans at the time.

But if Warren Harding, then just a two-year senator from Ohio would have run like he wanted to, history might have been entirely different. The reason: his young mistress was a supporter of the German Empire.

Warren G. Harding is one of history’s less-often remembered presidents. His administration was wracked by scandal, his direction was unclear, and even he saw the office as a more ceremonial one. In the past, he was largely remembered for dying of a heart attack in the middle of his second term.

He was one of the most ironically quotable presidents, however, once confiding, “I am not fit for this office and should never have been here.”

In recent years, however, his personal life has been of much more interest to historians, chiefly his 15-year long affair with Carrie Fulton Phillips – a woman nearly 20 years younger than he.

As a senator, Harding was not a supporter of entering World War I, largely due to being both a Republican and an isolationist. Harding’s young mistress had her own opinions. Phillips took many overseas trips to Berlin in the years before World War I. Harding wrote love letters to her each and every time she went abroad.

When he was elected to the senate in 1914, the war was still new and Wilson pledged to keep the United States neutral. Then in 1915, a German submarine sank the liner Lusitania in 1915 with 128 Americans aboard.

Phillips still wanted her lover to support Germany in its foreign affairs. She was so staunchly supportive of Germany that the U.S. government began to monitor her. As German provocations continued, however, Harding, like many Americans, began to turn against the German Empire. Differing political views began to cause a rift in their relationship.

In running for the presidency against Democrat James Cox, he appealed to war weary Americans with the promise of a “return to normalcy,” the isolationist policies that dominated the pre-war years. He also vowed to keep the United States out of the League of Nations and help the economy through the post-war bust.

But had he run against Wilson in 1916, there is a good chance he might have won, as he was a charismatic and popular politician at the time. His mistress wanted him to stay in the senate and vote in favor of German interests, threatening to expose their relationship if he did not. Harding eventually ran in 1920.

Their relationship ran its course long before he was in the White House. By 1917, the wedge between them had driven them apart. In April of that year, the United States declared war on Germany and Harding had begun to see a new lover, an Ohioan living in New York City, Nan Britton. He continued seeing both Phillips and Britton until he ran for president in 1920.

In 1919, Nan Britton gave birth to a daughter, much later proven to be Harding’s daughter (through a DNA test). Phillips threatened to expose all of Harding’s affairs, but he offered her a deal: $5,000 every year as long as he was in office, along with the perks of his patronage. She accepted.

During the 1920 campaign season, the Republican Party picked up the tab to send Phillips and family on a long trip to Japan to prevent her from accidentally revealing Harding’s indiscretions. With her out of the way, he sailed to victory and took the White House.