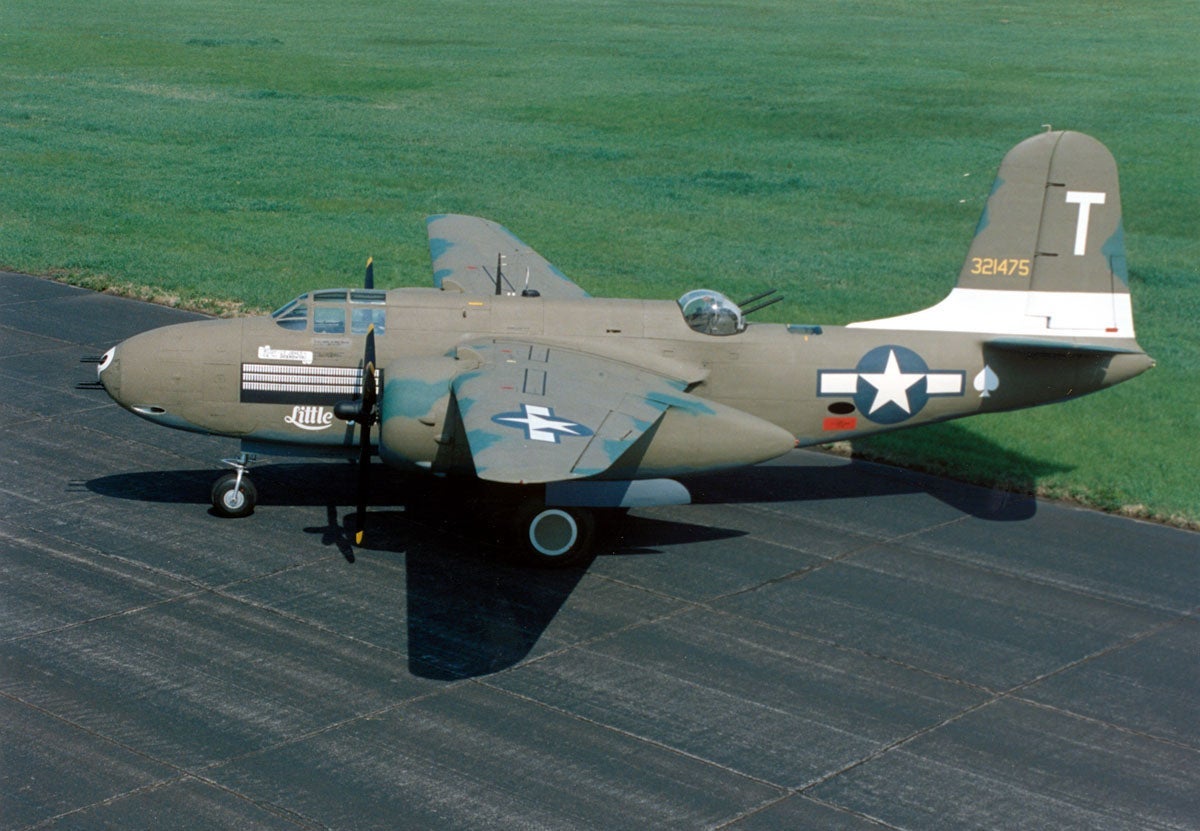 When the plane first flew, it didn’t even get an order from the United States. In fact, what kept this design afloat, according to aviation historian Joe Baugher, was the French. France ordered a total of 270, and received some of the planes before the country fell to the Nazis.

The Royal Air Force took on the undelivered planes, calling them, instead, “Bostons.” Then, they bought more of these planes. The United States, seeing the efficacy of this plane in action, then began to buy the plane as well, calling it the A-20 Havoc. When Nazi Germany invaded the Soviet Union, the United States sent A-20s there.

The plane saw action in the European, Mediterranean, and Pacific Theaters of Operation. According to MilitaryFactory.com, the plane had a top speed of 339 miles per hour and could fly just under 1,100 miles, carrying up to two tons of bombs.

The A-20 really made its mark in the Southwest Pacific. There, Paul Irvin “Pappy” Gunn began to modify the planes. These bombers started to get as many as six M2 .50-caliber machine guns in their nose. It was here, low-level tactics helped the A-20 live up to its name — “Havoc.”

Eventually, word of Gunn’s field modifications made their way back to Douglas Aircraft Company, which began building the A-20s with the nose guns already installed. The A-20 was eventually replaced by the A-26 near the end of the war, but it had held the line against Nazi Germany and Imperial Japan. Learn more about this very aptly-named bomber in the video below: