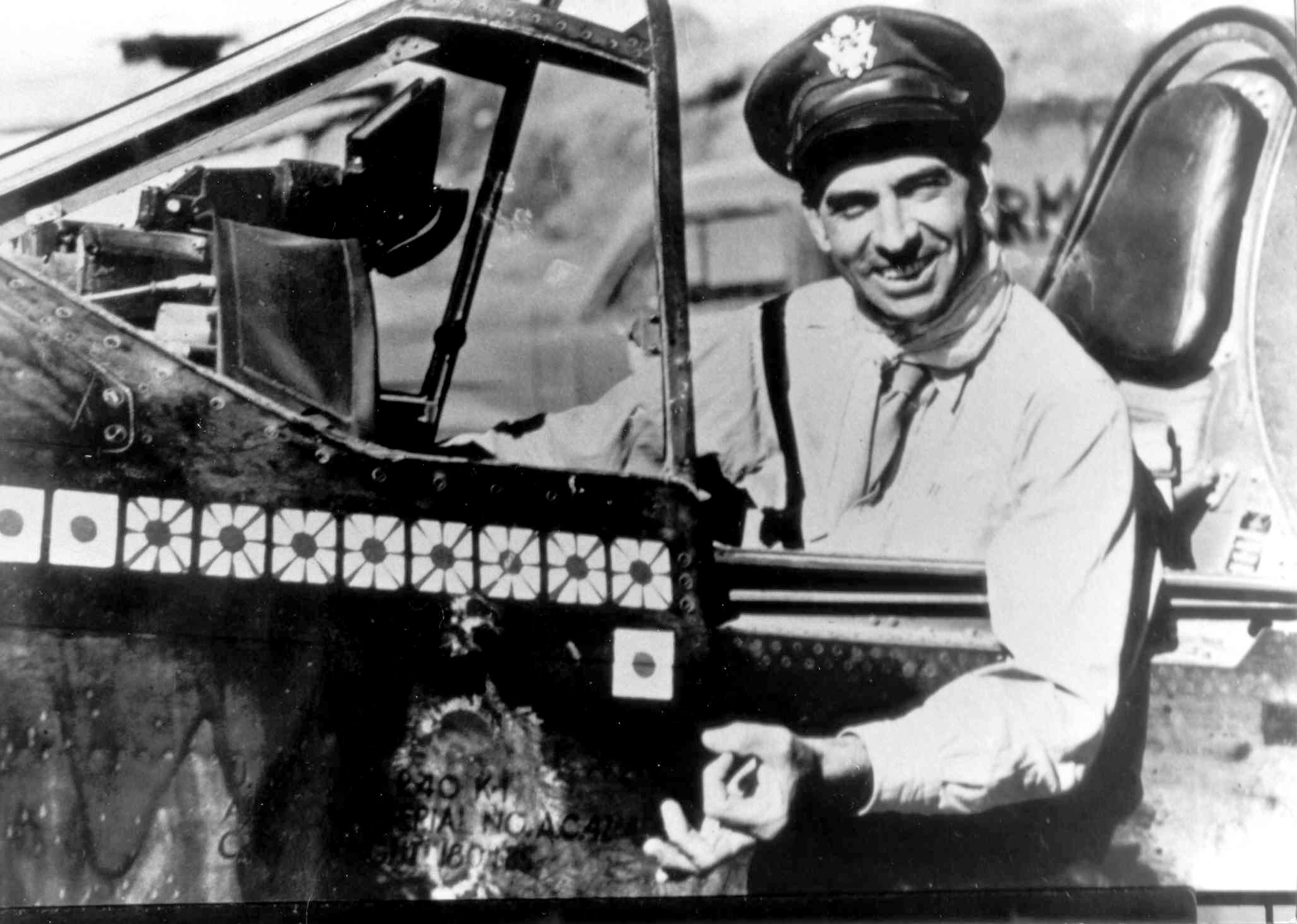 Brig. Gen. Robert Scott was probably the most bombastic Air Force personality this side of Curtis LeMay. Scott made it his personal mission to be the best fighter pilot in the Army Air Forces by flying as much as he could. In the early 1930s, at a time when most airmen were logging 48 hours per year, Scott was logging 400.

By the time the Japanese attacked Pearl Harbor, Scott was itching to get into combat. The problem was Scott was much older than most pilots. So Scott had to do what many men who wanted to fight World War II did when they were disqualified: he lied.

In order to get into a theater of war – any theater – the former flight instructor told his superiors that he was proficient in flying B-17 Flying Fortress. He had never even flown one. But it was good enough to get him into the China-India-Burma theater. Luckily, he never had to fly one in combat.

Scott was part of the effort to bomb Japan from China, which required C-47 transports to airlift fuel over the Himalayas into China for the bombers. That effort fell through too, as flying over “the hump” (as the route became known) often required the transports to take on more fuel.

With this failure in air strategy, Robert Scott was finally about to get his taste of air combat. Brig. Gen. Claire Chennault, who famously led the “Flying Tigers,” a unit of American volunteer airmen flying for China before the war, noticed his bravado. Chennault placed him in command of the 23rd Fighter Group.

The pilots of the 23rd Fighter Group would fly Curtiss P-40 Warhawks in support of the Allies’ operations in China, support for transports flying over the hump, and had the mission of destroying Japanese aircraft, either in the air or on the ground anywhere in China they could find them.

On Scott’s first mission Japanese anti-aircraft guns penetrated the armor of his P-40 Warhawk and stuck its pilot full of metal shards. He made it home and landed his aircraft just like it was any other mission but was immediately taken to a cave overlooking the airfield for medical treatment. It was there he conceived the now-famous phrase.

Dr. Fred Manget treated Scott’s wounds, removing the metal splinters without the benefit of an anaesthetic. As he sat there working on the pilot, his Chinese aide reportedly asked Scott, “Colonel, you fly plane, shoot guns, talk radio, all-time fight barbarian. You do all these things alone?”

Scott looked at the man and replied, “Where in hell would anybody else sit? No, I don’t need any help. I’m a fighter pilot!”

The doctor, without missing a beat, interjected and told Scott simply, “You are never alone up there. Not with all the things you came through. You have the greatest co-pilot in the world even if there is just room for one in that fighter.”

The response blew Scott’s mind. He sat up and thought of the phrase, “God is my co-pilot.” He would later give his autobiography the same title. With this idea in mind, Scott returned to combat, becoming a fighter ace in just two months. He would be a double ace by the end of 1942. By January 1943, the end of his time in World War II, Scott would claim 13 enemy kills.

Scott would write and release his book, God Is My Co-Pilot, that same year. It became an instant bestseller, selling millions of copies and was made into a film by Warner Brothers.