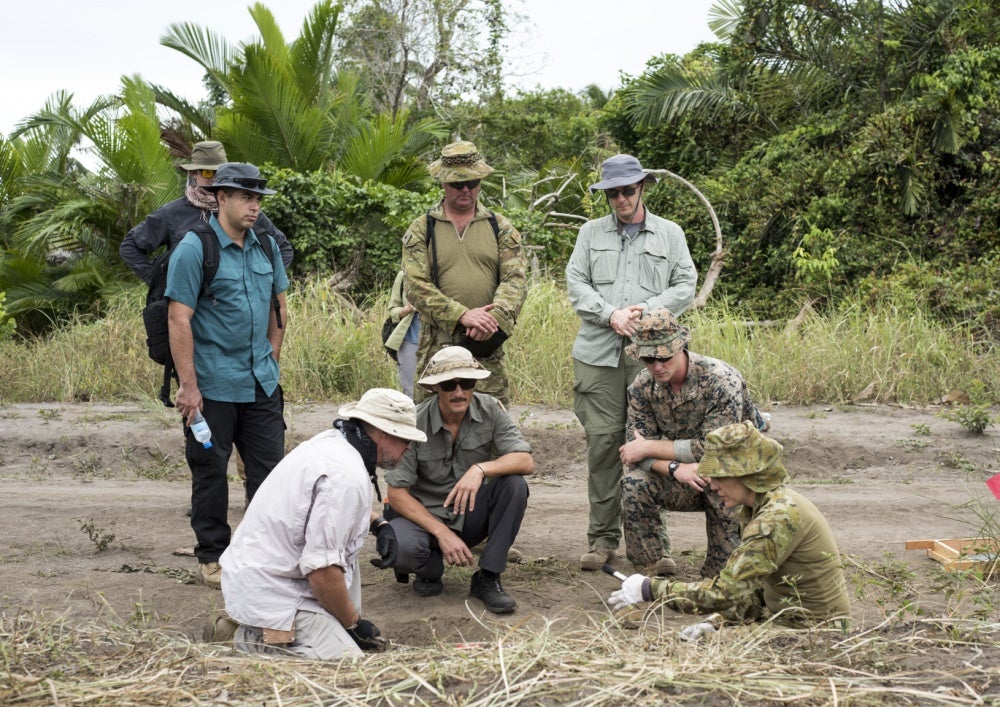 The Defense POW/MIA Accounting Agency’s mission is to fulfill America’s promise to its service members. The men and women of the DPAA work tirelessly to ensure that missing military personnel are accounted for and recovered because no one gets left behind. Recently, the DPAA identified the remains of Medal of Honor recipient Emil J. Kapaun from the Korean War. In March 2021, the DPAA accounted for another service member from the previous war.

23-year-old 1st Lt. Robert Parker of Lansing, Michigan was an Army Air Force pilot in the Pacific Theater during WWII. He was assigned to the 35th Fighter Squadron, 8th Fighter Group. On November 15, 1943, Parker piloted a Curitss P-40N Warhawk fighter plane during a combat patrol over the Markham River Valley, New Guinea. The patrol of eight Warhawks encountered a swarm of Japanese aircraft on the southern edge of the Finisterre Ridge and an aerial battle ensued.

Parker was able to shoot down one enemy plane during the dogfight. However, shortly after scoring his kill, Parker’s Warhawk collided with another enemy plane. The collision ripped off a wing from both planes and sent them falling to the island below. Parker’s wingmen reported not seeing him bail out before his plane crashed into the jungle. An aerial search of the crash site revealed nothing and Parker was declared missing in action. One year later, the War Department presumed Parked dead and declared him killed in action.

After WWII, the American Graves Registration Service started searching for and recovering fallen American service members from the war. They conducted extensive searches of northeastern New Guinea which concluded in April 1948. Despite their best efforts, no evidence of Parker or his plane were found. On September 14, 1949, Parker was declared non-recoverable. However, he was not forgotten.

In 2010, a third-party team of investigators examined a partial airplane crash site in Morobe Province. There, they found part of a P-40N Warhawk tail assembly and part of a possible tail number; both matched Parker’s Warhawk. In September 2018, DPAA investigators visited Warom Village in the Markham district. Residents there told the investigators of an airplane wreckage within half a day’s walk from the village. The village itself had several pieces of P-40N wreckage. Investigators attempted to reach the alleged crash site, but harsh weather, rough terrain and time constraints withheld them. However, they did find a propeller blade and landing strut downstream from the alleged crash site. A local guide also took pictures of additional wreckage.

In May 2019, new information brought investigators back to Warom. Residents reported recovering human remains from the crash site. Following extensive negotiations, local officials turned over the possible remains and a piece of P-40N wreckage to the investigators. The evidence was brought back to the DPAA laboratory at Joint Base Pearl Harbor-Hickam, Hawaii for analysis.

DPAA scientists conducted extensive dental and anthropological analysis of the possible remains. Additionally, scientists from the Armed Forces Medical Examiner System performed DNA testing on them. As a result of the scientific analysis, as well as material and circumstantial evidence, Parker was officially identified and designated as accounted for on March 9, 2021.

Parker’s name is listed on the Walls of the Missing at the Manila American Cemetery and Memorial in the Philippines along with other missing WWII service members. A rosette will be placed by his name to indicate that he is now accounted for.