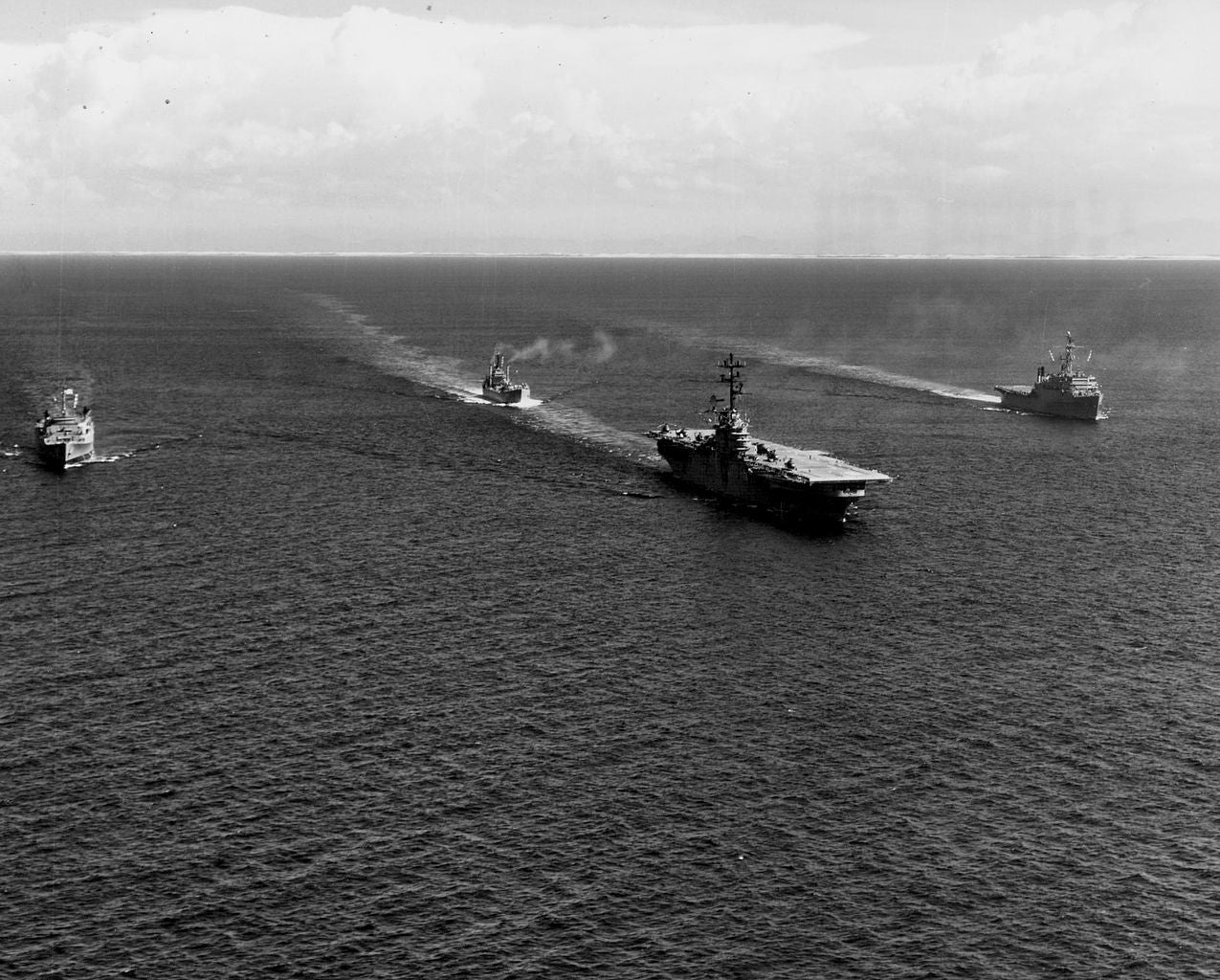 It really wasn’t a good look for the United States to be pushing iconic UH-1 Huey helicopters off the side of aircraft carriers in April 1975. After some 20 years of involvement in South Vietnam and 10 years of Americans fighting and dying for South Vietnamese freedom, it was not a fitting end to the effort expended in lives and treasure.

At least, it didn’t look like it. But as is often the case, the truth behind the photos is a lot more revealing.

The truth is that those helicopters being pushed into the ocean from the decks of American aircraft carriers were not American helicopters, but rather South Vietnamese ones. The photos are more apparent when they’re in color, as the tail markings bear the distinctive yellow of South Vietnam.

It was also widely accepted aboard the ships that these helicopters were pretty much on a one-way trip from Saigon to the ships of U.S. Navy Task Force 76, off the coast of Southeast Asia. South Vietnam’s days were numbered by the end of April 1975. Saigon would soon become Ho Chi Minh City and Vietnam itself was about to be reunited under the red communist flag.

American military involvement in South Vietnam ended with the Paris Peace Accords in 1973. From that point on, Saigon would be forced to defend itself against Communist aggression, because no one really expected the North Vietnamese to abide by the terms of the agreement. It allowed the United States to withdraw, but everyone involved knew that U.S. reengagement was impossible.

Everyone involved was also certain that the government and Army of the Republic of South Vietnam would collapse in the face of one good, swift communist offensive. That offensive came in the Spring of 1975, and it was so effective that no one involved was prepared for how fast the collapse happened – especially the communists.

The 1975 Spring Offensive, as it was known to the North Vietnamese, was only supposed to be a setup for a great offensive set for the following year. Instead, it led to the resignation of South Vietnam’s president, the fall of the military and the capture of the enemy capital at Saigon.

The pace of the collapse surprised American planners, who had estimated they would need to evacuate 1.6 million vulnerable pro-American South Vietnamese and 8,000 Americans within a year. Suddenly, they had only a few weeks to get as many out as possible. Still, the threat was not taken as seriously as it should have been.

By April 1975, with the Spring Offensive approaching Saigon, there were only two evacuation points for civilians and embassy staff. Civilians would have to leave through Tan Son Nhut Airport, which was under heavy fire by April 28, 1975. The next day, the airport was controlled by the North Vietnamese, who were shooting down aircraft leaving the runway and dropping missiles on the paved roads. The US ordered Operation Frequent Wind: the large-scale evacuation of the city by helicopter.

Along with U.S. aircraft came thousands of boats and helicopters flown by former ARVN aviators, whose helicopters began to clog the decks of the evacuation ships. In order to make room for new incoming helicopters, the old ones had to be shoved off the side. The effort brought 138,869 South Vietnamese refugees to the U.S., not counting the thousands who would attempt to escape in the years to come.