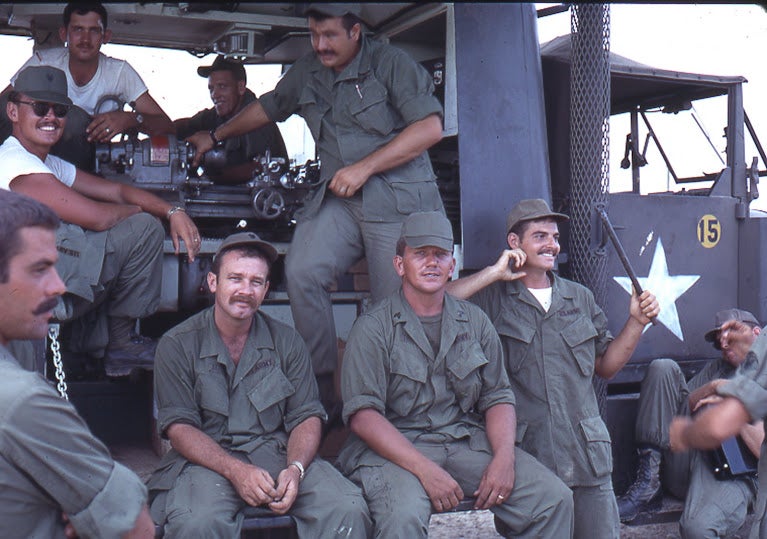 Every generation of veterans has its own slang. The location of deployed troops, their mission and their allies all make for a unique lingo that can be pretty difficult to forget.

That same vernacular isn’t always politically correct. It’s still worth looking at the non-PC Vietnam War slang used by troops while in country because it gives an insight into the endemic and recurring problems they faced at the time.

Here are some of the less-PC terms used by American troops in Vietnam. 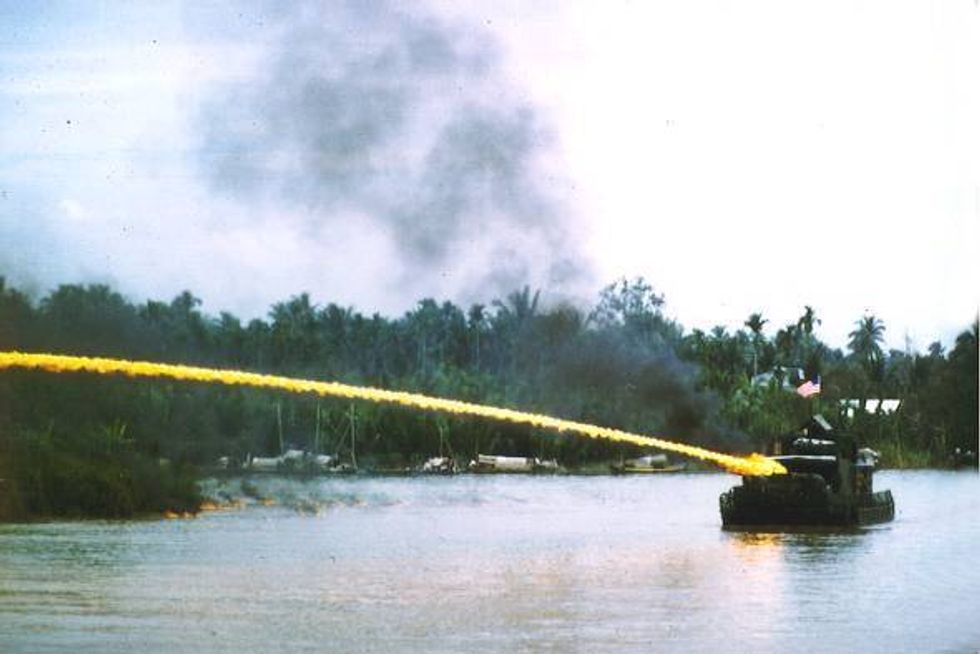 Barbecue from a “Zippo Monitor” in Vietnam. (Wikimedia Commons)

Breaking Starch – Reference to dressing with a new set of dry cleaned or heavily starched fatigues.

Charles – Formal for “Charlie” from the phonetic “Victor Charlie” abbreviation of Viet Cong.

Coka Girl – a Vietnamese woman who sells everything except “boom boom” to GIs. “Coka” comes from the Vietnamese pronunciation of Coca-Cola, and “boom boom” can be left to your imagination.

Disneyland Far East – Headquarters building of the U.S. Military Assistance Command, Vietnam. It comes from “Disneyland East,” aka the Pentagon.

Donut Dolly – The women of the American Red Cross.

Idiot Stick – Either a rifle or the curved yoke used by Vietnamese women to carry two baskets or water buckets.

Indian Country – Area controlled by Charlie, also known as the “Bush” or the “Sh*t.”

Mad Minute – Order for all bunkers to shoot across their front for one minute to test fire weapons and harass the enemy.

Marvin the Arvin – Stereotypical South Vietnamese Army soldier, similar to a Schmuckatelli. The name comes from the shorthand of the Army of the Republic of Vietnam – ARVN.

Number-One GI – A troop who spends a lot of money in Vietnam.

Number-Ten GI – A troop who barely spends money in Vietnam.

Ok Sahlem – Term American soldiers had for villagers’ children who would beg for menthol cigarettes.

Real Life – Also known as Civilian Life; before the war or before the draft.

Remington Raider – Derogatory term, like the modern-day “Fobbit,” For anyone who manned a typewriter.

Search and Avoid – A derogatory term for an all-ARVN mission.

Voting Machine – The nickname given to ARVN tanks because they only come out during a coup d’etat.