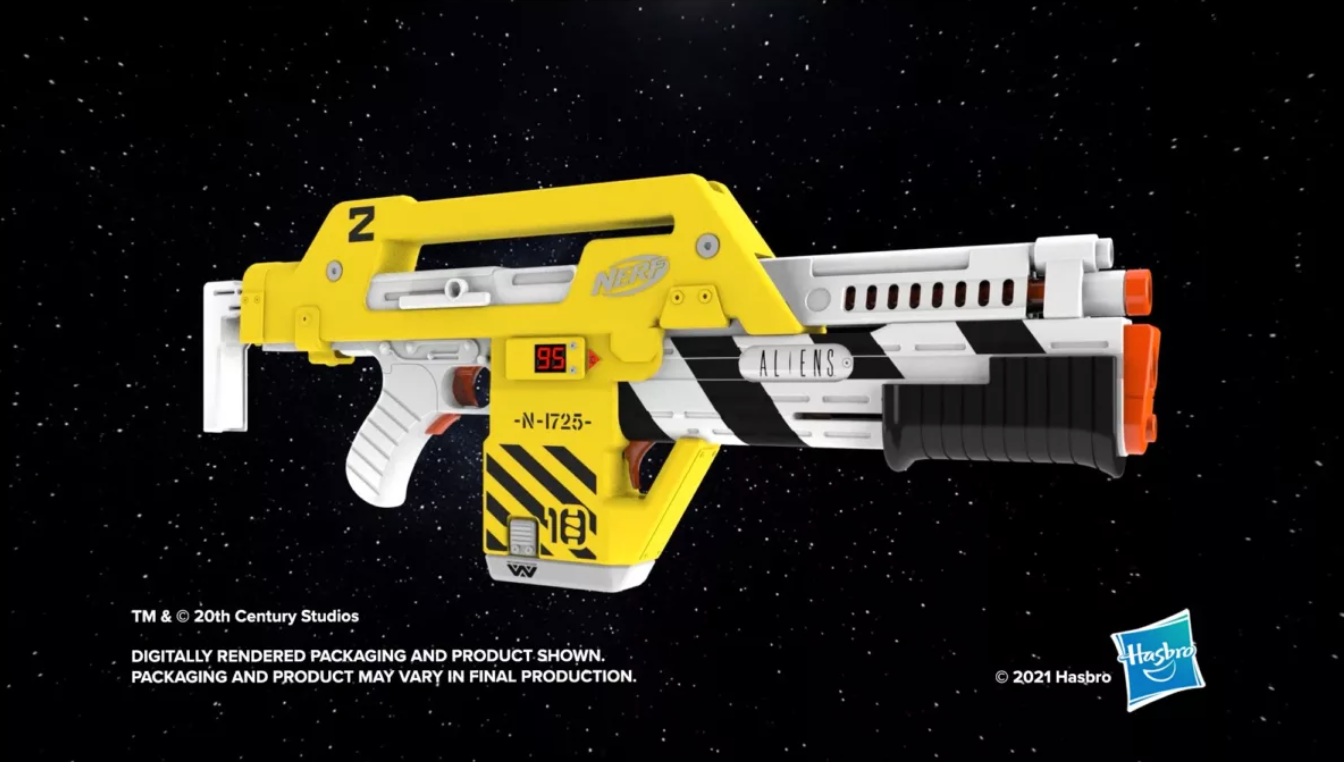 “I wanna introduce you to a personal friend of mine,” Michael Biehn said as Corporal Hicks in the 1986 classic Aliens.

After that introduction, gun nuts around the world wanted to get their hands on the Colonial Marines’ M41A pulse rifle. With its oversized carrying handle, pump-action under-barrel grenade launcher and digital ammo counter, it’s one of the most iconic sci-fi weapons. And now you can add it to your arsenal…sort of.

Officially named the NERF LMTD ALIENS M41-A Blaster, this foam dart shooter is powered by four 1.5v C alkaline batteries and is fully automatic. Just hold down the trigger to unleash all 10 rounds from the flush-fit single stack magazine; the ammo counter will keep track for you. For those wanting a more faithful movie replica, the counter can be set to 99 (or the recommended 95 to prevent jamming) instead. The under-barrel launcher is also functional and can fire Nerf Mega darts. Each trigger pull of the M41-A is accompanied by a movie-accurate blasting sound effect too.

At 28 inches long, the Nerf replica is a faithful recreation of the original movie M41A. “With meticulous attention to detail, our designer captures the look and feel of one of the most memorable scenes in ALIEN franchise history,” Hasbro said. To keep its appearance as a toy, the Nerf blaster’s color scheme is borrowed from the Aliens Power Loader. Even the packaging bears great attention to detail including “embossing, dull and gloss finishing and movie-accurate details.”

At $94.99, the M41-A isn’t a cheap way to get into your barracks Nerf war. Even then, Hasbro’s approximate shipping date is October 2022. But, for die-hard fans of the Aliens franchise, the NERF LMTD ALIENS M41-A Blaster is a must-have. Just make sure to lean into it.