MIGHTY 25: From USAF to CIA, Nic McKinley is on a mission to end human trafficking - We Are The Mighty

MIGHTY 25: From USAF to CIA, Nic McKinley is on a mission to end human trafficking 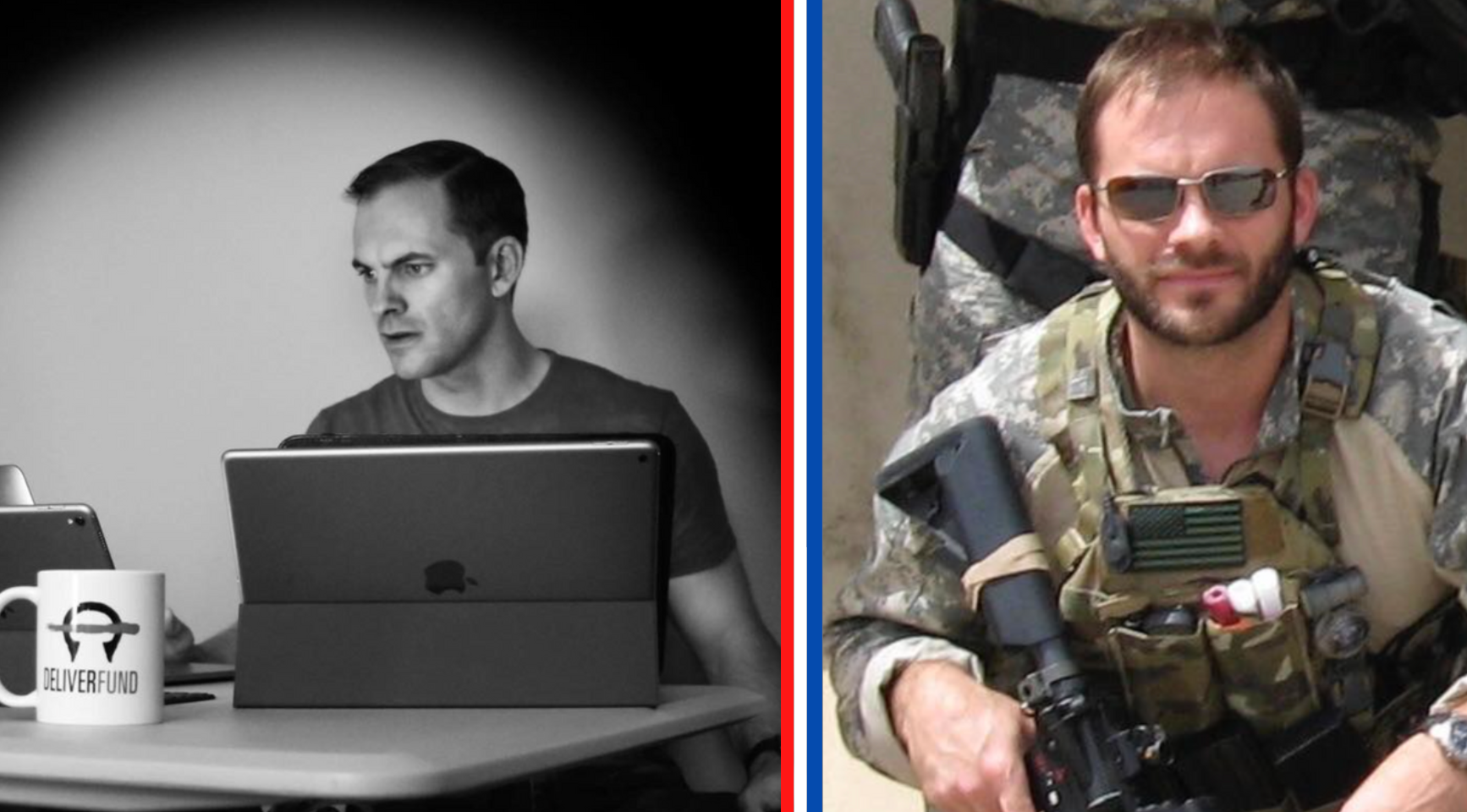 As an Air Force Pararescueman turned CIA operator, Nic McKinley knows a thing or two about service to country and mankind. Now he’s taking his expertise to combating and eradicating human trafficking, an operation he wants the military community to be all in on.

“I grew up in Billings, Montana, and it’s a fabulous place to grow up,” McKinley said. “You don’t understand when you’re a kid like I was, how fortunate you are to be in such an insulated place. And so that was one of the drivers that led me to want to get out of Billings. And I also just had this this desire to to help other people.”

While peers were on the sky team for example, McKinley could be found working the sky patrol. He also volunteered his time with the Boy Scouts and search and rescue at the local mountain camp. “I was kind of always the one that was looked at to try to help solve that problem among my peer groups … usually getting into an emergency because we did something really dumb and got ourselves into that situation,” he laughed.

Becoming an Air Force Pararescueman was always the dream. Even when the recruiter told McKinley the odds were stacked against him, he used it as fuel. “I was very arrogantly confident, to be honest, about my chances of making it into that career field. But obviously, my life changed considerably when I got to selection and I realized that things were going to be significantly more difficult than I had anticipated.”

McKinley served as a Pararescueman from 1996 until 2006. Despite entering into the service during peacetime, pararescuemen are always on, and serving missions. “You always have a civilian rescue mission on top of your combat rescue mission. So pararescumen are always deployed. There kind of is no peacetime, if you will,” he explained. “I saw combat before 9/11 when I was deployed to Operation Southern Watch and Operation Northern Watch in Iraq.”

Despite the already high op tempo of his role at the beginning of his career, the attacks of 9/11 would still change things. His perspective on service would shift to prevention, for one.

“I had done an immense amount of reading on just war in general and conflict in general. And I’m a pretty voracious reader. What I learned from all the different books that I had read was that really it was the intelligence process that is supposed to prevent a war. So, if the rescue is the far end of cleaning up a problem, then intelligence is the front end of preventing the problem and really, going to war is a failure of the intelligence process,” McKinley explained. “I set my sights on joining the CIA.”

His time as a CIA operative would expose him to the horrors of human trafficking. “I had really started to study the human trafficking problem and started to understand it, and there was a series of events that kind of happened over about a seven year period that it really made me start paying attention to this problem,” he said. “I was deployed in Lashkar Gah, Afghanistan, and we had information about a human trafficker who was selling children across the Afghan border. And that’s when I kind of had the epiphany that there was really nobody in the federal government who had the ball on this issue.”

McKinley made the decision to walk away from his role with the CIA to start a nonprofit focused specifically on combatting human trafficking. He worked five jobs as he built DeliverFund, learning everything he could about running a nonprofit. It wasn’t easy. “To give it up, you know what is very, quite frankly, comfortable and and to give that up to go do something that is very purposefully uncomfortable can be a bit of a challenge,” he shared.

Challenge was a familiar word, though. Just like setting his sights on being a pararescuman or CIA Operative, this was the next goal on his list.

According to the Department of Justice, over 80% of human traffickers are Americans and over 90% of the victims are also American. In his words, it’s a very American problem and one we collectively as a society need to combat. He also had direct words for the military community.

“I will tell them, your military audience, primarily the men, is stop engaging in pornography. Because pornography is a driver of the human trafficking market, that is indisputable. That is a very-well researched fact,” he said. “A lot of human traffickers have driven their victims to websites like OnlyFans. If you are a military member and you’re logging into OnlyFans and you’re participating in the pornographic industry, and if you do it more than three times –– there’s a 100% chance that you fed money into the human trafficking market and that’s something that a lot of military members don’t like to hear. But just because you don’t like to hear it doesn’t mean that it’s not true.”

“We have decades of experience from our careers in the CIA, NSA, Special Operations, and law enforcement, and we leverage cutting-edge technology into the ultimate weapon against human trafficking. The traffickers have gone online, so we follow them and track them down, using the same technologies that they’re using against them,” McKinley shared. And the best part? They’re doing it from former enemy territory: the Backpage headquarters. Backpage was a classified advertising website that became the largest marketplace for the buying and selling of women and children in the country at the time it was raided by police. When Backpage.com was shut down in 2018, DeliverFund took over its headquarters in Dallas, Texas. “We hold our heads high as we walk into the office, knowing we have turned a place of wickedness into a force for good,” McKinley explained.

When McKinley isn’t fighting to end human trafficking, you can find him reading. He enjoys tackling a subject for an entire year and devotedly reading all about it. “I’ve spent significantly more money on books than I have guns and that kind of stuff is usually a surprise for people,” he laughed.

He’s also passionate about helping veterans find purpose and meaning after transitioning from service. “I think focusing on a mission, focusing on a cause that’s greater than one’s self is actually the solution for a lot of PTSD issues that we’re – the military community – is dealing with,” McKinley said. “We’re doing something on Veterans Day called Charlie Mike, which means Continue Mission. And I think it’s important for people to understand that at DeliverFund, this is just the way that we’re continuing the mission. The mission we had in the military, the same mission that I had in the CIA. You know, the mission of helping people, confronting the enemy and helping those who are, in this case, enslaved by the enemy. This is just the way that we truly make a difference.

McKinley’s commitment to living a lifetime of service and inspiring others to build a better world is why he is and always will be, Mighty. To learn more about DeliverFund or the Oscar Mike program, click here.