MIGHTY 25: USMC veteran Steve Weintraub is leading VetTix into the future - We Are The Mighty 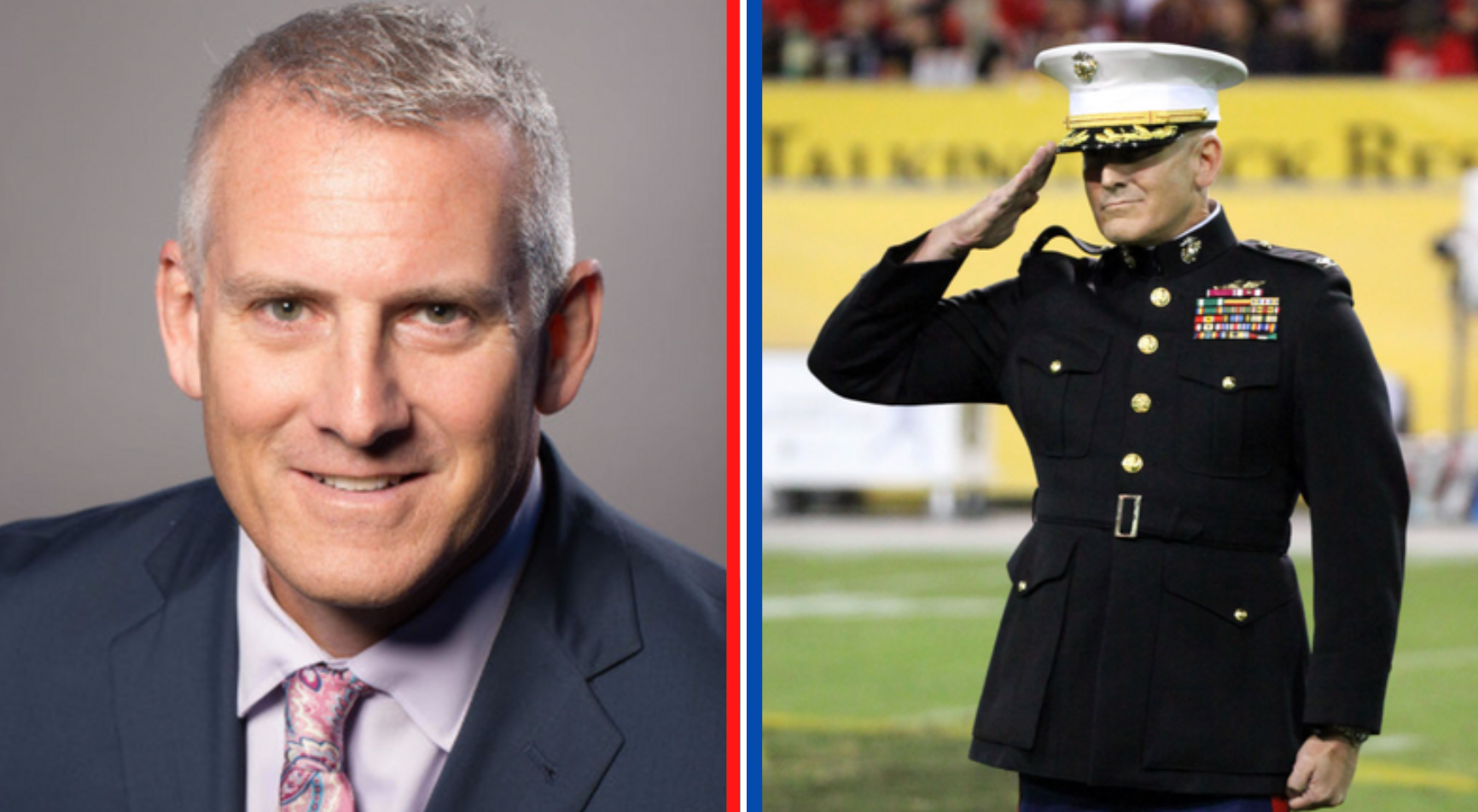 Retired Marine Corps Colonel Steve Weintraub knows a thing or two about leadership. But it’s his commitment to paying it forward which really stands out and makes him a member of this year’s MIGHTY 25.

“It’s sort of ingrained in us to want to serve, right? Then we get out and we carry on with that and I think for many of my peers there’s no on or off switch, it’s just 24/7. It’s important to take care of yourself first as a leader before you can help someone else,” Weintraub explained.

The point he makes highlights the struggle many veterans find themselves facing as they transition from serving. Where to go and how to build a new life outside of the uniform is a challenging process to navigate. Weintraub hopes his experience and lessons learned will help make it smoother for others.

A retired logistics officer, Weintraub once wanted to be a combat fighter pilot. Keeping your options open and not maintaining rigidity is a big piece of the puzzle, he said. Though his father was in the Marine Corps as an infantryman, it was never something he aspired to for himself.

In fact, he said he was eyeing the Coast Guard at one point, too.

“I actually enlisted in the Marine Corps in 1987 while I was in college through the Reserves and I went through the officer program, got accepted and went to flight school. But I had this epiphany when I realized I wanted to lead Marines more than I wanted to fly planes,” Weintraub shared.

After his commissioning in 1989, he was part of the post-Desert Storm era of service members and after five years of active service, went into the Marine Corps Reserves. 9/11 would bring him back in, activating him three separate times.

“I was able to do some really cool things and to go to some really cool places while in the Reserves. I mean, notwithstanding Iraq,” he said with a laugh. Weintraub was deployed there on three separate occasions.

Despite his heavy, responsibility-laden role as an officer, the choices he made in guiding his young, enlisted Marines might be surprising. Weintraub shared a story of his NCOs doing a surprise barracks inspection and discovering one young Marine had, ahem, female company.

“They [NCOs] were all excited about that because they were like, ‘We’re going to hammer this kid!’ So they bring him to my office and I said, ‘You know what you did was wrong.’ He was a good Marine. He apologized and I told him not to get caught next time. Those NCOs almost lost their minds,” he smiled.

The point Weintraub wanted to get across was to focus on what’s really important as a leader, cut slack when you can because you’ll get more out of the people who work for you when you do, he added.

It’s an important lesson he hopes to impart on America’s newest fighting force, joining for the right reasons. Some of the Marines he led during the initial invasion of Iraq were disappointed at the lack of “action” during their deployment and transferred units when they got back stateside. “Some of these guys never came home or were messed up mentally and physically if they did make it back. Be careful what you wish for,” he added.

Weintraub joined as America was still in the Cold War with the Soviets. “I went in to serve my country, as corny as that sounds. I fully expected to get vaporized in some eastern European battlefield but I didn’t enlist to kill people or to get revenge. I felt it was my duty to serve for as long as I could,” Weintraub explained.

With his opportunity of serving both active and in the Reserves, Weintraub had the opportunity to figure out who he was outside of the uniform. But his time wearing it changed him. “It really defined my character. I don’t know what or who I would be like if I hadn’t joined or if I didn’t stay in as long as I did,” he shared. “It’s made me who I am and pushes me to always strive to be better.”

This creed led Weintraub to work with Arizona Department of Veterans Services and then Student Veterans of America, as a passionate advocate of education for service members. It would also land him on the shortlist to work for VetTix, a nonprofit organization which partners with major donors and businesses to support military families in leisure activities –– for free.

This includes sending military families to sit at home base for Yankees games or attend the Super Bowl. The platform allows organizations to give back to the military community by sending them to attend events and spend time with their families, a vital and much-needed commodity. It’s also a tangible way to truly thank a veteran for serving.

You can still find Weintraub volunteering and supporting veteran organizations throughout Arizona, especially those which focus on transition. As VetTix Chief Strategy Officer, he’s in love with his job. “It’s extremely gratifying to do the work we do and I feel so fortunate to be in the position I am in. ​​I don’t even like to call it a job — I really like what I do,” he added.

As for what Weintraub would advise today’s transitioning veterans and service members, his words were simple: “Keep your options open and don’t be close minded to what’s going on outside of the military. Also, never underestimate the power of networking and building relationships through paying it forward,” he said.

Though he was vocal in his shock at being chosen as one of the Mighty 25 for 2021, Weintraub remains grateful for the recognition. “I get my satisfaction from helping others because I’ve been on the other end of it. I was blown away to be named, honestly. I normally just keep my head down and grind,” he said with a laugh. “It’s my hope I can continue paying it forward to the veteran and military community.”

Bravo Zulu, sir. Thank you for being MIGHTY.