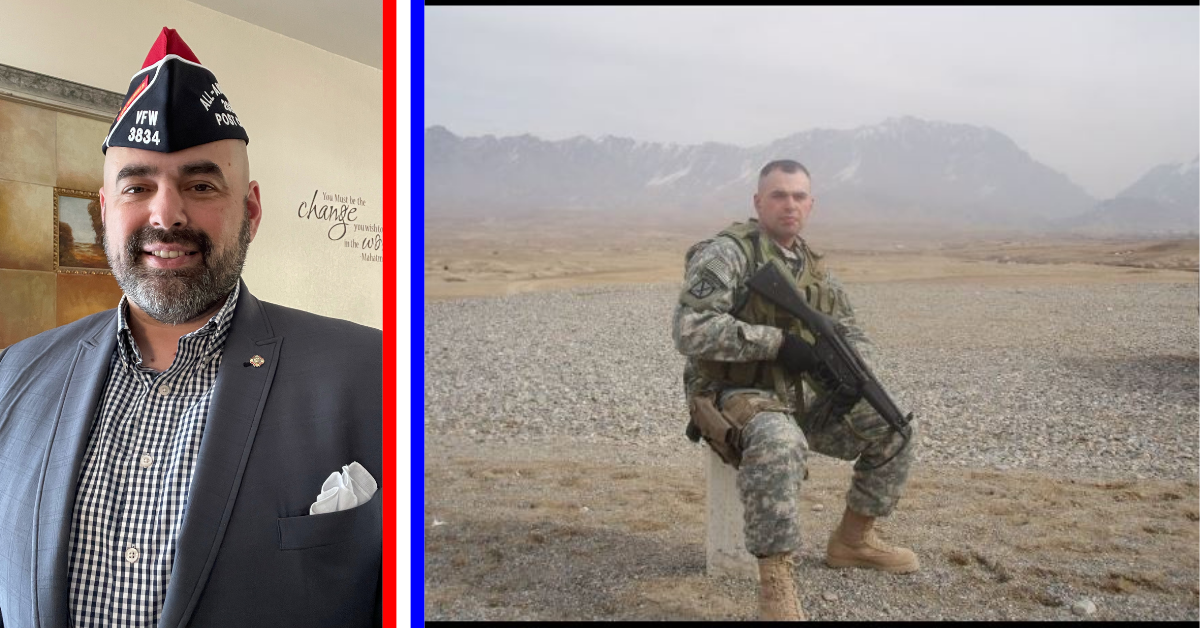 Raul Barragan served in the Army California National Guard for eight years and was a part of Operation Enduring Freedom in Afghanistan. In the last few years, Barragan has devoted his advocacy and volunteerism efforts wholeheartedly to combat veterans. And he’s just getting started.

At just 18 years old, he began the process of enlistment. Not long after, America was attacked by terrorists. Despite the change from peacetime to war, Barragan didn’t waiver on his commitment to the California Army National Guard.

He was deployed to support efforts after Hurricane Katrina and then came home to Afghanistan deployment orders.

“You know, it was a crazy time. I was stationed in Kabul, in the capital city. I was always on the road with the control and whatnot working at the embassy, briefly,” Barragan shared. “I tried to volunteer to stay in it for another six months. That’s how committed I was, but that fell through. I guess the state didn’t want to pay for six months of me staying there so I came back. I was literally at the end of my contract and then it was just time for me to go.”

Barragan transitioned into advertising and marketing roles, eventually falling in love with academia and earning his “Master of Business for Veterans” from the University of Southern California.

“I spent 15 years at the Discovery Channel where I kind of grew up there and paired that with my military training, kind of led me to where I’m at now in terms of success. I’m still not satisfied. This is just a stepping stone to something bigger,” he shared.

Though he’d step away from involvement with veterans groups or advocacy for a few years following his transition, Barragan found himself joining organizations like the American Legion and eventually, Veterans of Foreign Wars of the U.S. Post 3834. Becoming its commander was never the plan, but it happened.

“I really got involved with the VFW more in terms of its kind of an exclusive club because to be a VFW member, you have to have some additional hostile pay and combat areas. I could relate more to some of those people I’ve met there. And then I just fell into the leadership role,” he said with a laugh.

Modesty aside, Barragan has created not only a welcoming culture and exponential growth for the post, he’s changed lives.

“I just wanted to be a regular Joe and I wanted to hang out with the other members my age. But, you know, hanging out with others just kind of opened my eyes in appreciation and I realized I still have more to give back,” he explained.

Give back he did. He was elected as the post’s commander in February 2020 and by June 2021, pushed the group over 100% of their membership goals. Barragan is a passionate advocate for education and spends a lot of his time working with transitioning veterans on their goals.

“I promote education every chance they get, especially USC, but I promote any college regardless. Why? Because education opens doors,” he said. “It’s what I can give back. And that’s where I’ve been pushing the last two years as commander.”

His hard work is paying off. For the first time, his post was recognized as “All American.” Formed and chartered on July 18th, 1942, VFW Post 3834 has been a strong pillar in the local community for over 79 years, according to its website. Another initiative Barragan is working toward is updating VFWs everywhere.

“I advise on not only my local level where I manage the social media posts, but I also advise on the district level, which manages about 17 other locations. I’m giving my expertise and my vision as a younger member, specifically how to entice the younger audience and younger veterans to want to get involved in that,” he explained.

With the public perception of legions or posts being an environment of older veterans or simply a cheap place to indulge in drinks, Barragan is on a mission to change it all. Just like his service changed him.

“It set me on the right path. I feel that the Army itself is still what I needed, right? I still know my acronym of leadership, loyalty, duty, respect, officers honor, integrity, personal courage. It lives in me every day,” he added. It’s a message he hopes resonates with transitioning veterans throughout the country. “I’m trying to help you in your mission, whatever that is, as long as it supports the veteran community. That’s what we’re here to do.”

To learn more about the VFW and how you can join a post near you, click here.