MIGHTY 25: From amputation to activist, Kirstie Ennis promotes healing through outdoors - We Are The Mighty 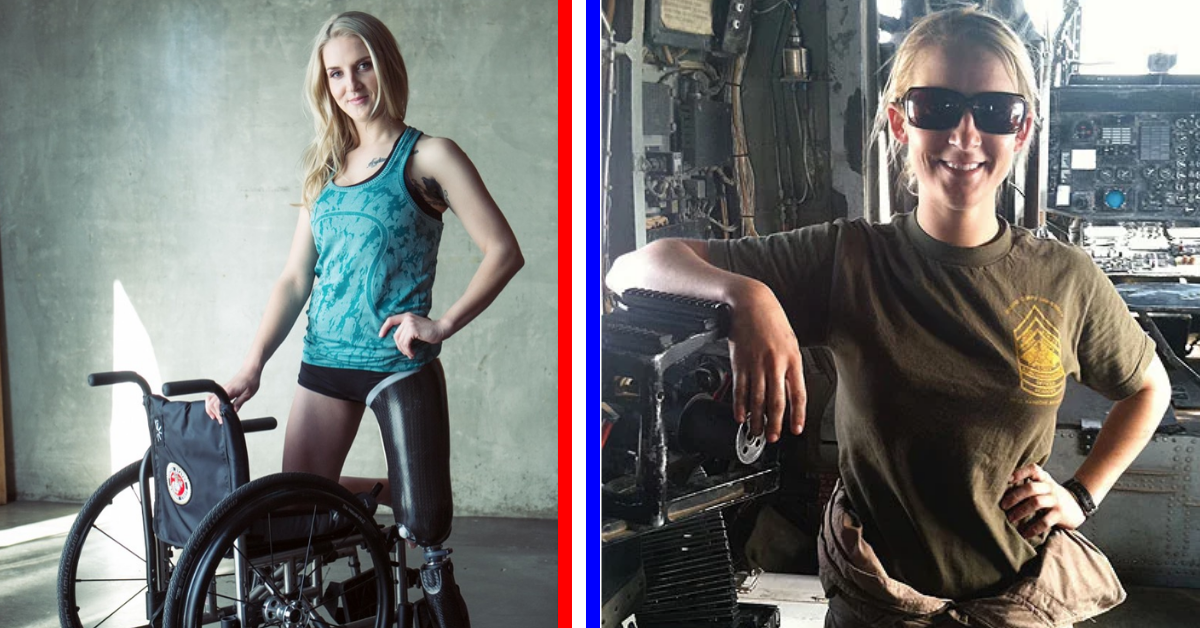 In 2012, Kirstie Ennis was gravely injured during a helicopter crash in Afghanistan. It would cause a host of health issues and eventually force an amputation. Though challenged, she wouldn’t be stopped.

“My favorite story of all time is hearing how my mom and my dad got married at only 18 years old. And shortly after, my dad enlisted in the Marine Corps,” Ennis said. Ten years later, her mother commented on the strength of the female Marines. When her husband responded he’d never want to be with a female Marine, her mother didn’t take it lightly.

She became a Marine.

“They’ve been married 30 years and made it through,” Ennis laughed. “I actually finished my high school curriculum by the time that I was 15. I had done two years of community college by the time I was 17. I just remember looking around the chemistry lab and thinking it wasn’t where I should be. I wasn’t being challenged and I wasn’t being pushed. And that moment I walked out of that classroom and went to the recruiters office.”

Just like her mother and father, Ennis enlisted in the Marine Corps. After boot camp she became an air frame mechanic. Her memories of her first shop are fuzzy but proving she deserved to be there was a constant, until she raised her hand to deploy to Afghanistan, eventually becoming a door gunner during the deployment.

“Just being able to support the guys on the ground who really were my heroes … whether it was insertions or instruction extractions or combat resupplies or just getting these guys home or doing the Medevac,” she said. “It meant so much to me that I was able to stand alongside the guys and get my wings punched into my chest. It was definitely one of my proudest moments from the Marine Corps.”

Though she’d make it back home safely, Ennis volunteered for another deployment to Afghanistan. Earning her combat actions wings would be special, even bigger to her than being meritoriously advanced to Sergeant.

On June 23, 2012, while performing combat resupplies to Forward Operating Base Now Zad, the helicopter had to make a crash landing in the Helmand Province. Ennis sustained a traumatic brain injury, full thickness facial trauma, bilateral shoulder damage, cervical and lumbar spine injuries as well as severe left leg wounds. After over 40 surgeries through the course of three years, her left leg was amputated below the knee. One month later, Ennis underwent an amputation above the knee.

“I would do it all over again and honestly, even in the moment after the helicopter crash. You know, I genuinely thought that they were just going to set me up and I was going to ride out the last few weeks with my guys,” she explained. “I think the hardest thing that I’ve ever had to do is leave them behind. I tried to go back, I fought to stay the Marine Corps for another two years after I got hurt .”

Though she was offered a desk job, Ennis knew it wouldn’t be enough for her, so she took medical retirement.

“I don’t need to go back to Helmand province, I’m good on that. But to be able to go back and experience Afghanistan in a different way … it’s somewhere that I left physically a lot of me, but mentally and emotionally, a lot of me too. I think that would be huge for me” she said.

For now though, Ennis has been tackling endless challenges and embracing her role as an advocate. “I’ve been given this very unique platform and opportunity to be able to give back to the veteran and active duty community as I’m able to give back to the disabled populations,” she said. “I get to travel the world and help underserved communities and teach them to do the things that I do and give them the gift of mobility. And had all of this craziness not happened, I wouldn’t get to do it.”

It led to her creating the Kirstie Ennis Foundation, an organization dedicated to finding healing in the outdoors while increasing mobility for individuals across the globe. It was the purpose she’d been searching for since leaving the Marine Corps.

Competing in winter sports also brought her joy, she said. Not only did she like doing it, but she became fifth in the world for snowboarding. “It catapulted me again into ice climbing and climbing the seven summits and being able to go all around the world and working on these different initiatives with different nonprofits. “I actually go to Antarctica on Christmas Day to climb,” Ennis shared.

This Marine has already climbed some of the hardest mountains of her life and although her story hasn’t gone as planned, it’s perfect just the way it is. And it isn’t finished yet.