MIGHTY 25: How Army veteran Maureen Elias is helping fellow vets find their voices - We Are The Mighty 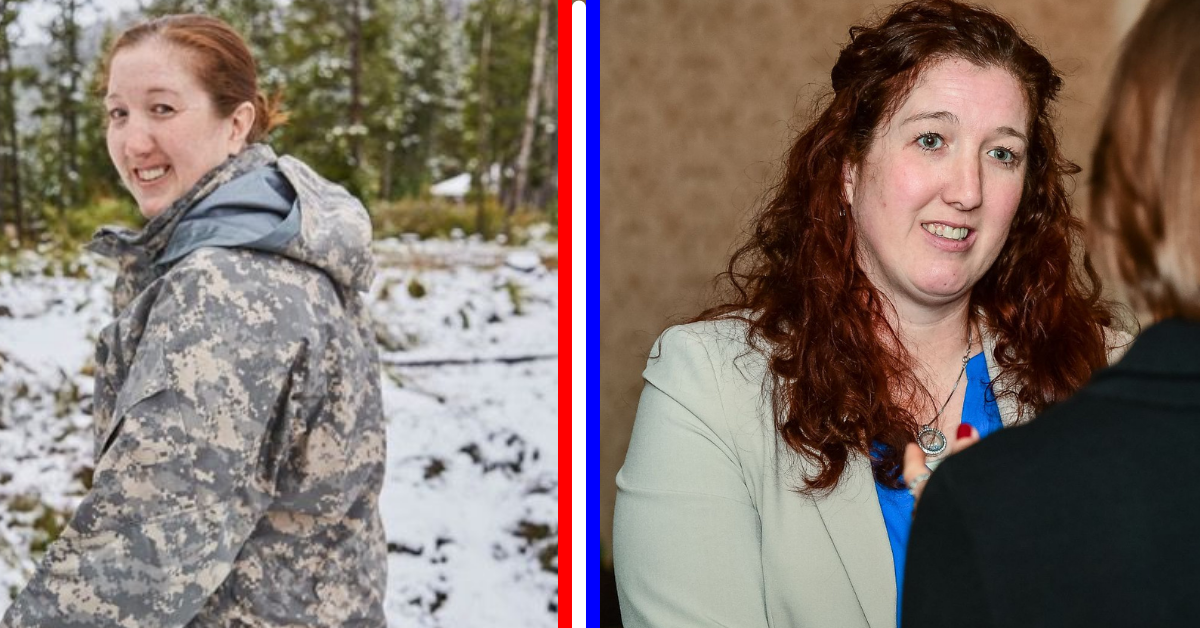 Being a soldier was everything for Maureen Elias and when injuries forced her transition out after five years, it was devastating. What she didn’t realize was her story of service had just begun.

“I sometimes consider my life a bit of a miracle. On the day that I was born, my mom’s normal OB-GYN had a heart attack. He lived, but he wasn’t there to deliver me. So it was this brand new OB-GYN who delivered me and I was born with a pretty severe cleft lip and palate,” she explained. “He ran into one of the leading cleft palate repair specialists in the nation in the hallway and he was looking for a place to land. That doctor fell in love with me and stayed there to help me and other children. And if you look at other people my age who have cleft palates that are severe, you can really see I wasn’t supposed to be able to speak.”

But she did and her voice was strong. Though raised in a very conservative LDS environment where women traditionally only got married and had children, Elias wanted more. She tried various jobs but nothing gave her a sense of fulfillment.

Until she went to the recruiters office.

“Ten days later, I was on an airplane and on my way to basic training. My service completely changed the trajectory of my life because it gave me a lot of confidence to believe in myself and who I was and also the freedom to to pursue my passions,” Elias explained.

She met her husband during tech school and they wed not long after. Both loved being soldiers.

“It’s really shocking, you know, when I think back to the little girl on the farm who blew dandelions and wore a pillowcase on her head thinking marriage would be kind of the end of who I was as a person,” Elias explained. “To go from that to really having an impact on the safety and security of the bases was mind blowing. I was stationed in Germany, where a lot of terrorist cells were hidden, so the op tempo and the threat levels were so high. It was this really intense work and it was very fulfilling because you knew you were keeping your nation safe.”

But she’d sustained injuries during basic training and despite various treatments, they continued to get worse. After five years she had to make the decision to transition out of the Army.

It was hard but she took the opportunity to be home with her children who at the time, were all diagnosed with Autism. “It was before it was a household name so resources and answers were scarce. I didn’t realize it then but I was becoming an advocate,” Elias said.

Realizing her G.I. Bill was about to expire, her husband encouraged her to go back to school. She took it a step further.

“Military service definitely opened my world view. I’d grown up on a small farm and I lived in a fairly predominantly white area. When you joined the military, you were immersed in all kinds of cultures and then we were immediately stationed overseas,” Elias said. I learned to just welcome it and it really taught me to accept and embrace people where they are and for who they are, which served me well as I’ve continued to move on and advocate. I actually went to a Historically Black University for my master’s degree and just jumped right in. I ended up running as the president of the Veterans Student Association and serving as internal vice president for the Graduate Student Association. I think those kinds of cultural immersive experiences are so important, especially for someone who’s going to want to advocate for others. You really need to understand who you’re representing.”

Elias helped pass bills aimed at improving VA mental health care and helped with the VA Specially Adapted Home Grant. She also was involved in working to get the Deborah Sampson Act passed. Elias has been working across the country to raise awareness for the types of health effects Vietnam Veterans face by testifying in front of Congress through work with Paralyzed Veterans of America.

She’s also spent a lot of time working with female veterans and empowering them to speak up. “It’s really important for us to get out there and use our voices and sometimes it can be uncomfortable and sometimes that means talking about things or experiences that are difficult to talk about,” Elias shared. “But it’s really important for our voices to be heard and for women veterans to recognize all that they bring to the table.”

It’s a table she will always fight to keep open, for everyone.