Moon Knight Episode 5 Recap: The Asylum - We Are The Mighty 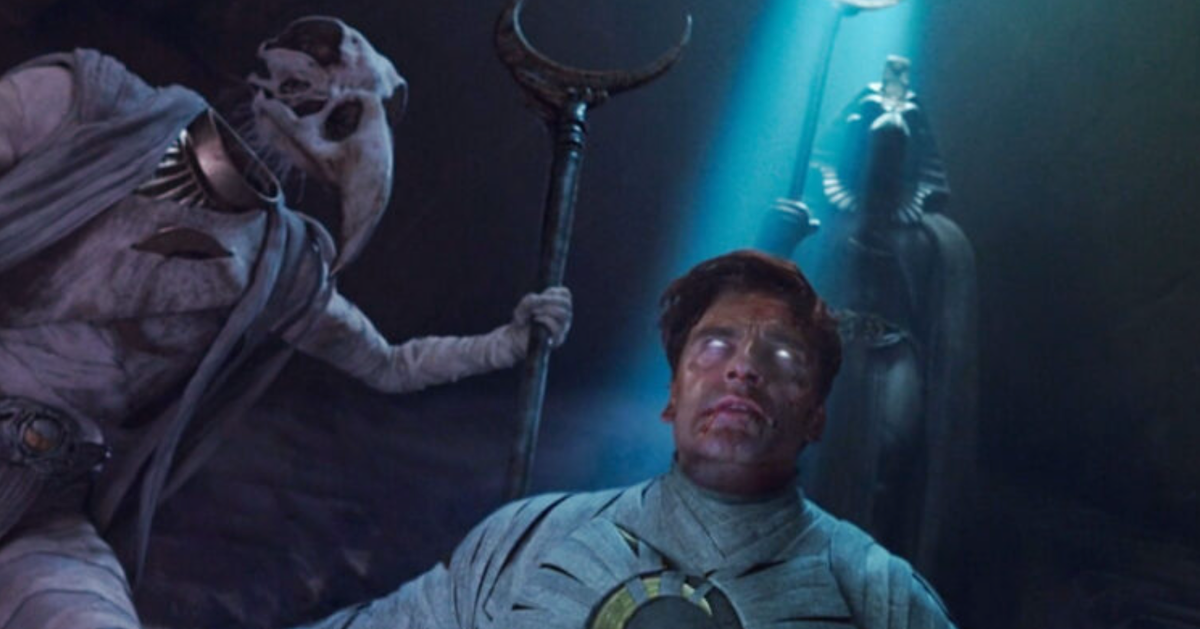 In the penultimate episode of Moon Knight, we get some major backstory on Marc Spector and Steven Grant. The Asylum begins right where The Tomb left off: Marc and Steven running from “Dr. Harrow” right into Taweret, an Egyptian goddess with the body of a hippopotamus.

In Episode 4, Arthur Harrow shot Marc twice — and without the protection of Khonshu, Marc did indeed die. As Ethan Hawke’s incarnation of Dr. Harrow said, Marc’s mind is now “violently vacillating,” sending him from a conversation in a mental asylum that maintained that everything he’d experienced with Khonsu was his imagination to him fleeing from the asylum guards with Steven. When they meet Taweret, we finally start getting some answers.

Taweret explains that she is there to guide Marc and Steven to the Gates of Osiris and into the Field of Reeds, the Egyptian afterlife. First, their hearts must be weighed on the Scales of Justice. Unbalanced hearts will be dragged by the dead under to Duat, where they will wander restlessly.

In order for Marc and Steven to balance their scale, they must be honest with one another and show themselves truthful memories. Steven returns to the asylum and wanders amongst doors that lead to Marc’s memories: a room full of people Marc killed in the name of Khonshu’s justice, the archeological dig where Marc’s mercenary partner killed Layla’s father — and Marc — before Khonshu offered to save his life in return for servitude.

Finally, they find a young boy — Marc’s younger brother — who drowned when the boys were young. Marc’s mother never forgave Marc; in her grief, she turned to blame and abuse. In response, Marc created Steven, a part of himself he could protect from all the damage. Steven was never beaten, Steven called his mother every day, and Steven never knew she’d died.

In fact, it was outside her Shiva that Marc’s life began to bleed into Steven’s.

Back on Taweret’s ship, the scales are still unbalanced and time has run out. As the unbalanced souls of the dead rise up to pull the men down into Duat, Steven sacrifices himself to save Marc. Finally, the scales are balanced and Taweret agrees to send word to Layla to free Khonshu so he can restore Marc’s gun-shot body and stop the resurrection of Ammit.