Top 5 anti-hero military-based films - We Are The Mighty 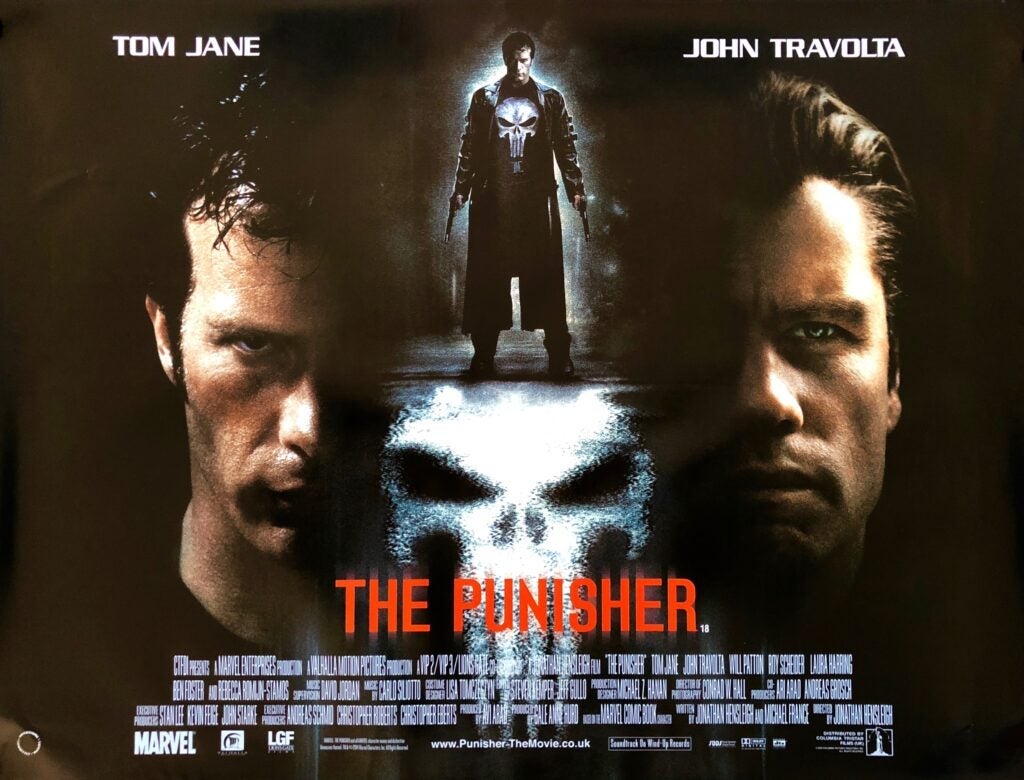 Sly Stallone turned in a masterful performance as troubled Vietnam War Veteran turned drifter, John J. Rambo. The small-town lawman, Sheriff Will Teasle, attempts to take Rambo out of town, which turns into Rambo being arrested for vagrancy. This only begins the eventual trouble for Teasle and his deputies as Rambo promptly escapes from custody and seeks concealment in the woods outside of town. Teasle and his men are ambushed by Rambo in the forested fortress which leads to Colonel Trautman, Rambo’s former commanding officer, being called in to “advise” the law enforcement on the ground.

The chase ensues with only the loss of one deputy, Art Gault, who falls out of a chopper while trying to shoot our lead anti-hero protagonist in a gorge. We end with Rambo making his way out of a mine (after being trapped inside by gung-ho National Guardsmen) to steal an Army truck and take his vengeance back to town for the Sheriff’s “delight.” During a shootout at the sheriff station HQ, Col. Trautman talks Rambo down after wounding ole “lovable” Sheriff Teasle. Rambo is the quintessential 1980s character and anti-hero, which spawned numerous sequels and copycats. The character further propelled Stallone into stardom as well.

Snake Plissken? Heard you were dead. Well, he’s not, and he even escaped from Los Angeles years after the New York escapade. Plissken is another top-notch 1980s icon, at least of independent and science fiction cinema, and anti-hero that helped push Kurt Russell into further stratosphere stardom. Russell made a career with John Carpenter in films such as EFNY, The Thing, Big Trouble in Little China and Elvis. We now need Russell to take on Michael Myers in a John Carpenter-directed sequel in the Halloween series.

The mission for Snake is to rescue the President of the United States from the maximum-security prison formerly known as Manhattan, aka New York City, as Air Force One crashed onto the island by way of terrorists. Plissken is forced on the mission through blackmail by police commissioner Bob Hauk having had poisonous capsules injected into Snake’s body that give him only 24 hours to complete it before he either dies or has the capsules neutralized. Talk about leverage!

Plissken finds POTUS after navigating a wild set of adventures and POTUS finishes off the chief baddie of the prison, The Duke of New York, played by the memorable Isaac Hayes. No love serenades here as The Duke wants Plissken dead. Once Snake completes the mission he goes for a nap instead of killing Hauk like he said he was going to do once he got back from NYC, only a highly confident anti-hero would do that.

Frank Castle (Thomas Jane), a Force Recon USMC veteran initially from the Vietnam War, has been updated to have been a veteran of the conflicts in the Middle East in the early 2000s through 2010s. In the film, Castle’s family is killed by crime boss Bobby Saint (John Travolta) and his henchmen. Castle survives and vows revenge on Saint. He studies Saint’s family and business yet is discovered to still be alive by Saint. Castle defeats two highly trained assassins, Harry Heck and The Russian, before completing his mission of ending Saint’s time on this earth. Thomas Jane does a great job in the titular role of The Punisher and brings much justice to the characterization. It is unfortunate that he did not return to the follow-up sequel, Punisher: War Zone. Jane’s anti-hero vibes emanate throughout the film and make it highly re-watchable. It would be great to see him again in the role.

Ryan Reynolds portrays the hilarious and lethal Deadpool in the feature film’s 2016 outing. Deadpool, aka Wade Wilson, is kicked out of the Special Forces and given the “black eye” of a dishonorable discharge. He then finds the love of his life, Vanessa, and is unfortunately stricken with cancer. His search for a cure leads him down an alternate path which turns out to be a serum he is injected with that stimulates latent mutant genes. Wilson survives the serum and torture by villains Ajax and Angel Dust. Through counsel with a friend, he decides to not engage with Vanessa and seek vengeance adopting the name “Deadpool” of all things. Deadpool teams with Colussus, the steel-skinned X-Men hero, to find Ajax and a cure. Ajax kidnaps Vanessa, a bad move, which eventually leads to his death at the hands of none other than Deadpool. The sequel, Deadpool 2, brought in nearly identical box office reviews. Reynolds continues to bring his A-game in the sequel, too.

Jack Nicholson’s role as Signalman First Class Jerry L. “badass” Buddusky is a critical part of Nicholson’s rise to stardom and foundation in American culture as an anti-hero type star. Nicholson played many roles with anti-hero flare, none so much as his portrayal of B.A. Buddusky. He takes a young sailor, Seaman Larry Meadows (Randy Quaid) being sent to the brig for 8 years for stealing $40 from a charity fund run by an officer’s wife. Through their journey, Buddusky exposes Seaman Meadows to adult life and one last opportunity to have fun before being put behind bars. The film has insightful commentary on the military and justice system as well as certain things not usually considered by those in command. A worthy anti-hero movie that makes for an interesting time and a few laughs. Nicholson’s character served as the vocal inspiration for the GI Joe character of Shipwreck.