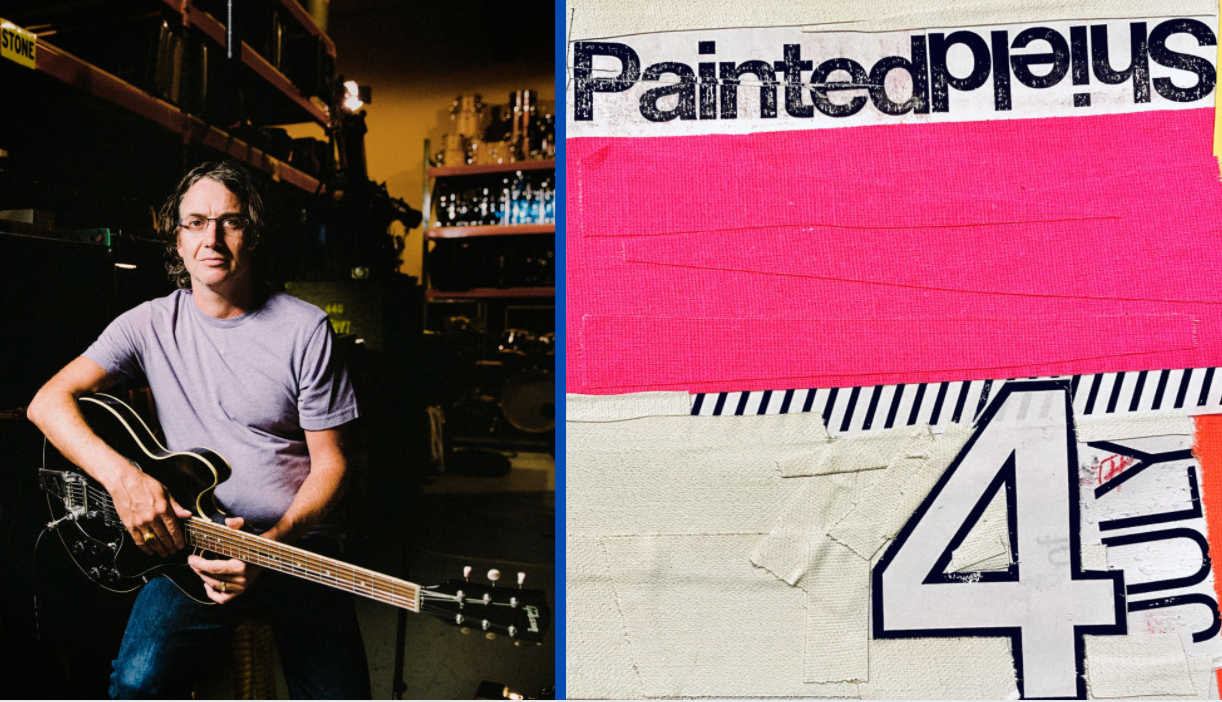 When the global COVID-19 pandemic prevented Pearl Jam guitarist Stone Gossard from touring with the band in 2020, Gossard didn’t just sit at home and wait for the virus to pass him by. Like any musical great, he began to explore new sounds with new collaborators.

The result of that exploration is his side project, Painted Shield. The electronic rock collab includes singer-songwriter Mason Jennings, drummer Matt Chamberlain and keyboardist Brittany Davis.

Painted Shield is releasing its first new single since November 2020 with a new song, “4th of July” — a tribute to those who served in the armed forces of the United States and what it takes to come home.

“The lyrics to this song were inspired by the stories of friends of mine who have served in the military,” the band told WATM. “It touches on the recovery work needed to integrate back into civilian life after being in conflict.”

Painted Shield’s 2020 self-titled debut album was an entirely new collaboration for Gossard and the band, an electronic departure from Pearl Jam’s distinctive sound. The mix resonated with fans of Pearl Jam and electronic music, as the debut saw 1.5 million streams and a complete sellout of its initial LP pressing.

The band’s latest comes not only on Independence Day, but at a time when much of the U.S. military is looking back at 20 years of war in Afghanistan. As the war winds down, the single comes at a time when the United States is taking a critical look at the effect of the Global War on Terrorism.

“4th of July” is about these struggles and more.

“The music reflects that inner and outer struggle, the acoustic guitar and melancholic folk melody mirror the simplicity of the child world while the electric guitar, organ and drums slash, defend, and erupt and mirror the complexity of the adult world,” the band said. “There is a tension represented that I hope encapsulates and reflects the human struggle, the struggle for peace and love in the face of violence and fear.”

“4th of July” is especially relevant in that it’s also about why people join the military in the first place — where they come from and how that affects their world view.

It’s unlike anything the band has done in the past, but it feels familiar; a recognizable mix of Gossard’s 90’s grunge roots with the war protest songs of the Vietnam era with hints of Giorgio Moroder. It all comes together into a song that is at once edgy and nostalgic.

“4th of July” is a fitting tribute to the men and women who served in the Armed Forces, looking back on how their service started and has evolved through decades of war and conflict, at home and abroad.