Army soldier Phillip Jungman is headed to the Olympics for skeet 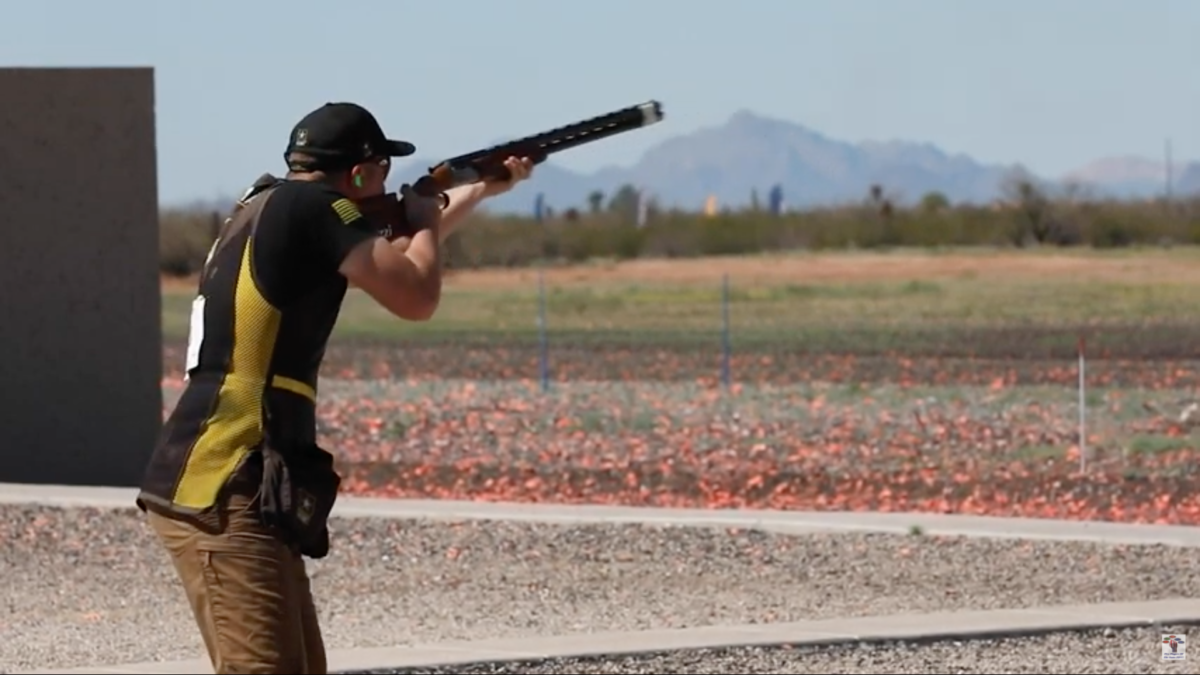 This July, the Army’s Marksmanship Unit skeet shooter, Sgt. Phillip Jungman, will compete in the Tokyo Olympic Games. It’s been a year’s worth of delays, however, after the event was postponed for the pandemic. Jungman qualified over a year ago.

Waiting for this opportunity is nothing new, however. He just missed the chance to compete and served as an alternate in the 2016 games.

“It was a heartbreaking moment. My parents cried, I cried,” he said.

Not that he was a sore sport about it. Bubbly and eager to get to know others, Jungman is as supportive of other shooters as it gets. He watched competitors online, cheering them on as they went.

It’s that very inclusive atmosphere that encouraged him to get into skeet shooting in the first place. At age 8, he began shooting competitively in 4-H in his native Texas. Not only did he excel in the sport, but he and his parents also enjoyed the scene — nice people, friendly events, and the ability to grow as a competitor for years to come. Then Jungman found out just how far the sport could take him, learning about sponsorships and the ability to travel across the world to shoot. He had found his calling.

He was recruited by the Army in high school, but he decided to first attend college. Then in 2017, he enlisted, calling the Marksmanship Unit his home.

“I needed that little extra push and the Army gave me that push to get over the edge,” he said on making the 2020/2021 Olympic team. “It was nice to know I’m good enough, I’m right there to be with the best of the best.”

Skeet is a shotgun sport with fast-moving targets. Each round has a series of 25 targets, shot from two heights of launching machines. He said scores can vary greatly based on weather, especially wind. He looks for that to be a factor in Tokyo, but noted that everyone will be competing in the same weather.

Competitors use “basic” shotguns, with a shorter stock so it doesn’t get caught on their clothing, he said. “We don’t have much time to adjust. You’re up and down shooting both ways and into the wind. You have to get the gun to your face, acquire the target and correct, then shoot, all very quickly.”

Jungman shoots an Italian-made Perazzi over and under shotgun. He said it’s his model of choice due to the ease of repairs, with a quickly removable trigger mechanism – a replacement will fix 90% of problems.

“A backup gun will never be the same as your starting gun. Gun fit is everything.”

In preparation for the Olympics, Jungman has been shooting 150-300 shells per day. Including timing drills, gun placement, accuracy and more. He said it’s similar to a basketball player shooting free throws. There’s form, muscle memory – different drills to improve your results.

“There’s always the human error, I mean you’re human, mistakes will happen,” he said. “But you still have to hit that specific one when the game is on the line.”

He also looks to the guidance of others – there are three Olympians in the shotgun unit on base – and his personal coach who’s been with him since 2009, Todd Graves. Jungman also has the support of his entire family, including his wife, Rebecca, who he’s been with since senior prom.

“I did the thing you’re not supposed to do,” he laughed. “I married my best friend’s sister.” He added that he did in fact obtain permission before their first date and how family events are that much more fun.

For others wanting to get into the sport, Jungman said it’s important not to give up.

“As a kid there are a lot of downs and you just have to push through them. You’re going to cry a bunch of times — a lot of times. But the touching moments are there. I love winning matches, it’s a lot of fun.”