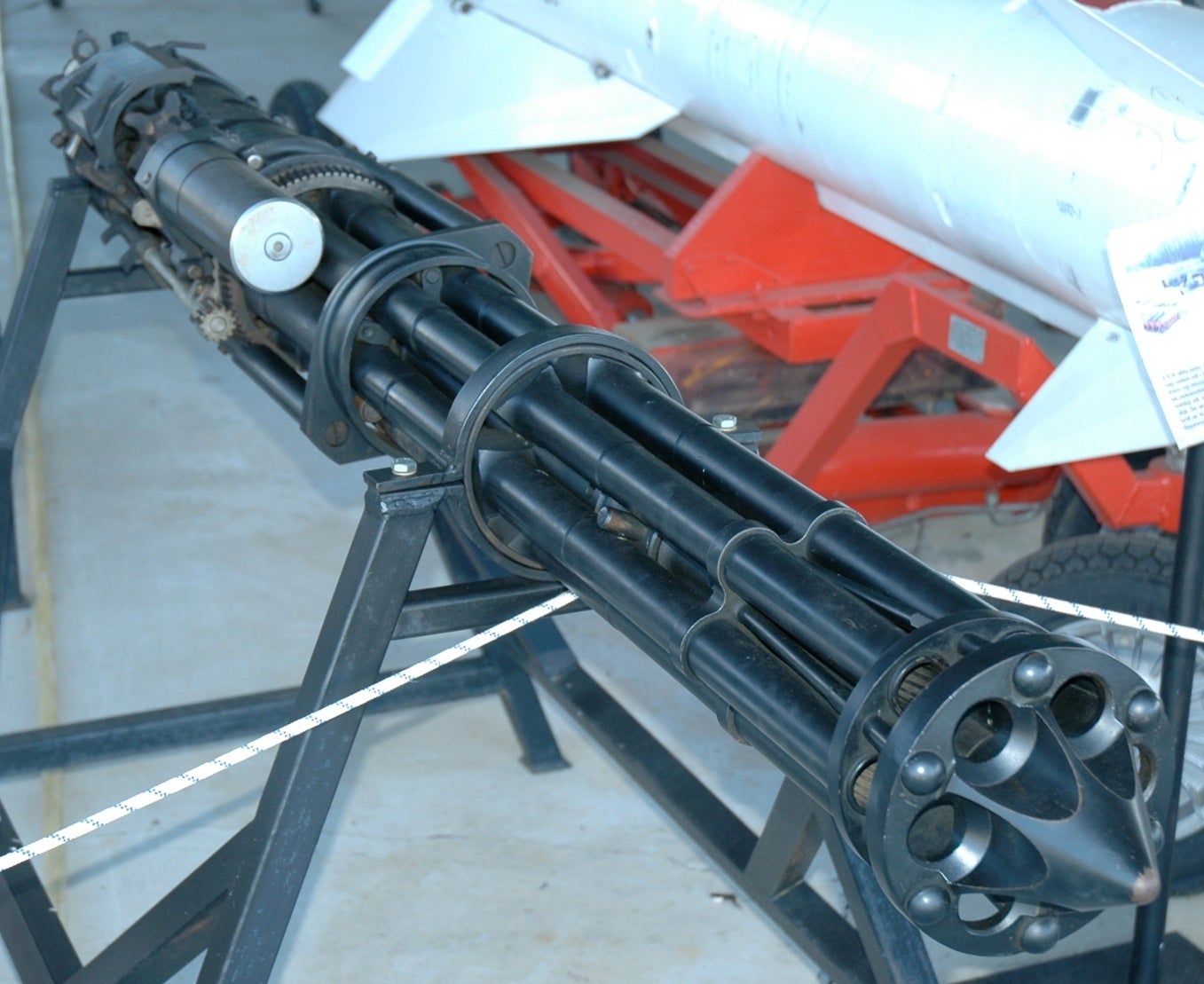 When ground troops need a little extra firepower to get out of a jam, there’s no more comforting sound than the distinctive BRRRRRT that comes from the GAU-8 Avenger. For anyone who doesn’t know, the Avenger is the seven-barreled wonder carried by the U.S. Air Force’s much loved A-10 Thunderbolt II.

Firing a deadly barrage of 30mm rounds at high velocity was such a good idea, it’s no wonder other countries’ armed forces have an Avenger-like weapon of their own. But the cannon American ground troops should care most about is Russia’s BЯЯЯЯЯT: the Gryazev-Shipunov GSh-6-30.

There are a handful of important differences between the two weapons platforms. If their rate of fire and muzzle velocity are what floats your boat (and maybe sinks the enemy’s boat), then the Avenger has the Gryazev-Shipunov beat, hands down. The Russian weapon system has only six barrels, where the American has seven, and the hydraulic-electric BRRRRRT is a hybrid that no one is going to make fun of.

Russia’s big gun also comes with a few heavy drawbacks, the most important being that the aircraft firing the gun can actually be damaged while using it. With a weapon as powerful as the GAU-8, American defense contractor Fairchild Republic actually designed the A-10’s airframe around the gun. Taking out a friendly aircraft to provide close-air support to soldiers on the ground seems counterproductive, right?

Though firing the cannon can affect the Thunderbolt’s airspeed, it doesn’t cause any actual harm. It’s not expected to be a supersonic fighter jet, it needs to go slower to perform its CAS mission. There’s nothing wrong with how it operates now, except for maybe making the A-10 a slightly easier target for troops on the ground to take shots at, but that’s why they uparmored the slow beast, making it into a flying tank. There’s a reason it was nicknamed the “Warthog.”

This is not so for its Russian counterpart. Built by the Soviet Union in the mid-1970s, the Gryazev-Shipunov was not built to have an airplane designed around it. It was added as the primary gun for the MiG-27D “Flogger,” extending outward from the bottom of the fuselage. This positioning allowed the plane to absorb its recoil more efficiently but would vibrate the cockpit to an uncomfortable degree and create a lot of noise.

The vibrations would eventually cause cracks throughout the airframe, including important parts like the landing gear, avionics, and fuel tanks. Firing the gun would even destroy the lights MiG pilots used for landing at night. More serious vibrations caused by the Gryazev-Shipunov would damage gunsights, instrument panels, and could even cause the cockpit canopy to break.

A weapon like this has probably damaged more Soviet MiGs than any American fighter aircraft ever did throughout the Cold War.

MiG-27Ds with the Gryazev-Shipunov were used for the same missions as the A-10 Thunderbolt II, air-to-ground close-air-support missions. But where the nose-mounted GAU-8 Avenger can hit a target with relative precision, the Gryazev-Shipunov fires its bursts all over creation – the kill zone is a 200-meter radius around the actual target.