SIG Sauer won the Army's new rifle and machine gun contract for $20.4 million - We Are The Mighty 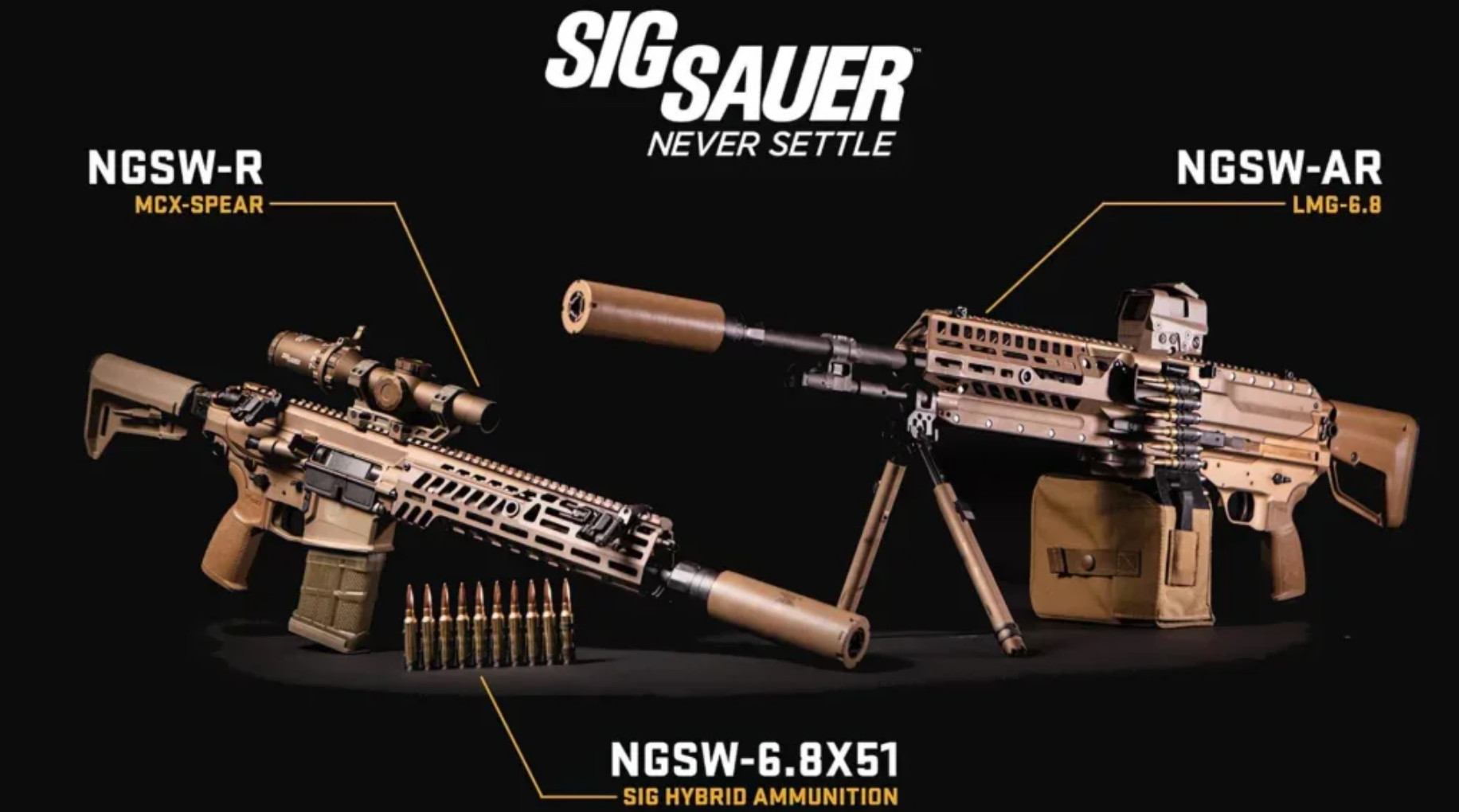 Following a rigorous 27-month prototype evaluation phase, the Army’s Next Generation Squad Weapon competition has come to a close with the Army announcing SIG Sauer as the contract winner on April 19, 2022. The company’s submissions have been designated the XM5 Rifle and XM250 Automatic Rifle and are chambered in SIG Sauer’s proprietary 6.8x51mm Fury cartridge. Valued at $20.4 million, the Army’s initial order includes weapons, ammo, accessories, spare parts, and contractor support. Moreover, the contract allows other DOD services and, potentially, Foreign Military Sales countries to purchase the NGSW weapons.

While many attempts have been made throughout the late 20th and early 21st centuries to replace the M4/M16 family of weapons, the NGSW program has actually done it. “The XM5 Rifle will replace the M4/M4A1 carbine within the close combat force, and the XM250 Automatic Rifle is the planned replacement for the M249 Squad Automatic Weapon,” the Army said in a public affairs release. Both weapon systems are designed to increase the lethality of America’s fighting forces while streamlining logistics and maintenance.

The new 6.8mm Fury cartridge was designed by SIG Sauer specifically for the NGSW weapons. It is a hybrid round that utilizes a brass case body and neck with a stainless steel base. The result is increased strength in the case’s primer pocket for higher pressure loadings while maintaining the reliability of brass-cased ammo in sealing the weapon’s chamber. SIG Sauer notes that the 6.8mm Fury not only exceeds the performance of the M4 and M249’s 5.56x45mm NATO round, but also the M240’s 7.62x51mm NATO round. 6.8mm Fury also has a commercial variant in the .277 Fury cartridge.

Selected for a contract before the NGSW weapons, the XM157 Fire Control will be paired with both the XM5 and XM250. Manufactured by Sheltered Wings, a subsidiary of Vortex Optics, the Army describes the XM157 as “a ruggedized advanced fire control system that increases accuracy and lethality for the close combat force.” It features 1-8x magnification, a laser rangefinder, ballistic calculator, atmospheric sensor suite, compass, visible and infrared lasers, and a digital display overlay. Moreover, the new fire control unit is equipped with Intra-Soldier Wireless which will digitally connect individual soldiers across the battlefield.

Further testing will be performed on the XM5 and XM250 before full adoption by the Army. However, timelines published before the announcement of the contract projected that the first unit will be equipped during FY22. Like the the M17/M18 Modular Handgun System, it is likely that the rest of the US military will adopt the XM5 and XM250. Notably, the adoption of a sidearm, rifle, and machine gun all made by the same manufacturer is a homogeneity that US military arms rooms haven’t seen since the days of Springfield National Armory.