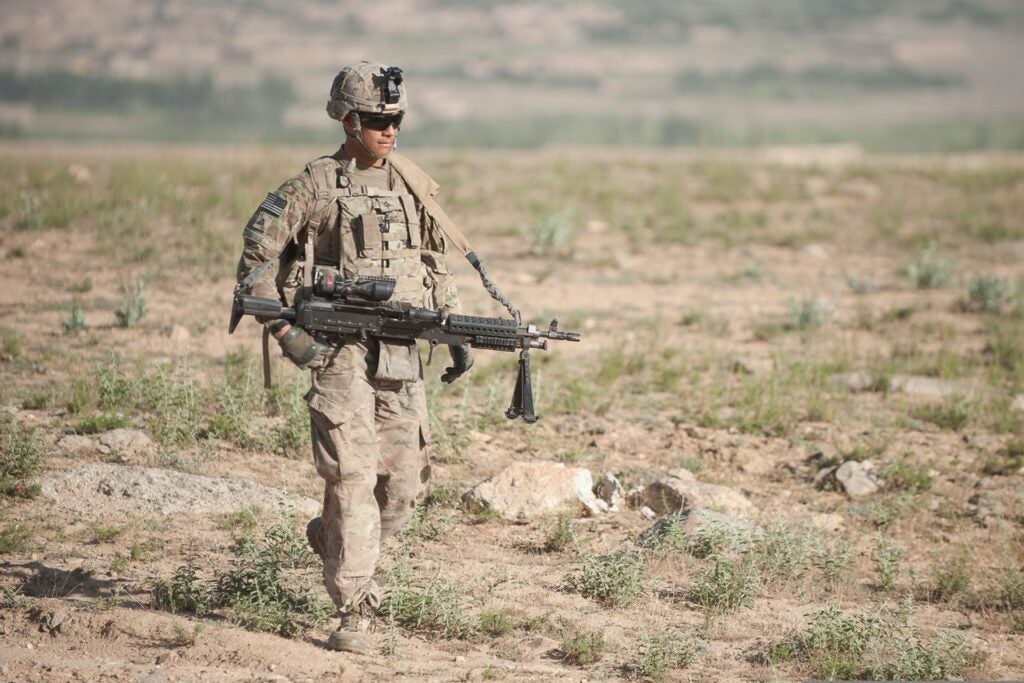 Launched in 2017, the Next Generation Squad Weapons program aims to replace the M4 carbine, M249 Squad Automatic Weapon, and the M240 Medium Machine Gun as well as introduce a new common cartridge. As of early 2022, only SIG Sauer and General Dynamics remain in the running to supply the Army with the NGSW rifle, support weapon, and accompanying ammunition. Vortex has already been selected to supply the NGSW fire control unit and the Army’s Acquisition Support Center aims to select a winner for the weapons and begin equipping the first units in FY22. Despite all this, the venerable M240 looks to be staying in armories for the foreseeable future.

While the competition of the NGSW program nears its end, frontline military units will likely continue employing the M240 machine gun for years until the NGSW is fully integrated into the military. In fact, on January 31, 2022, FN America was awarded a $49,973,579 firm-fixed-price contract for M240L medium machine guns and titanium receivers. Issued by US Army Contracting Command, the order has an estimated completion date of January 27, 2027.

Manufactured by the Belgian company Fabrique Nationale d’Herstal, the M240 is the military designation of the FN MAG. Chambered in 7.62x51mm NATO, the machine gun was first adopted by the United States in 1977 for use as a coaxial tank gun. Since then, its variants have been employed on trucks, helicopters, boats, and with infantry. In 2010, the M240B variant was lightened by 5.5 pounds with the M240L. Featuring a titanium receiver, the M240L was a welcome change in the infantry. The Army made an initial purchase of 4,500 M240Ls with a further 12,000 planned. The 2022 contract extends this acquisition schedule.

Although the Army aims to begin issuing the NGSW in FY22, it will take time for the service to distribute the new weapons across its ranks. The M17/M18 Modular Handgun System was acquired in 2017 and is still trickling through armories replacing the old M9 handguns. Moreover, the new weapons will require troops to learn and qualify on their new weapon systems. Additionally, logistics will have to build up stockpiles of spare parts and ammunition to support the new weapons. The acquisition of more M240Ls highlights the Army’s plan to keep the M240 in service as it introduces the NGSW and works out any possible issues that may arise during the initial fielding phase.