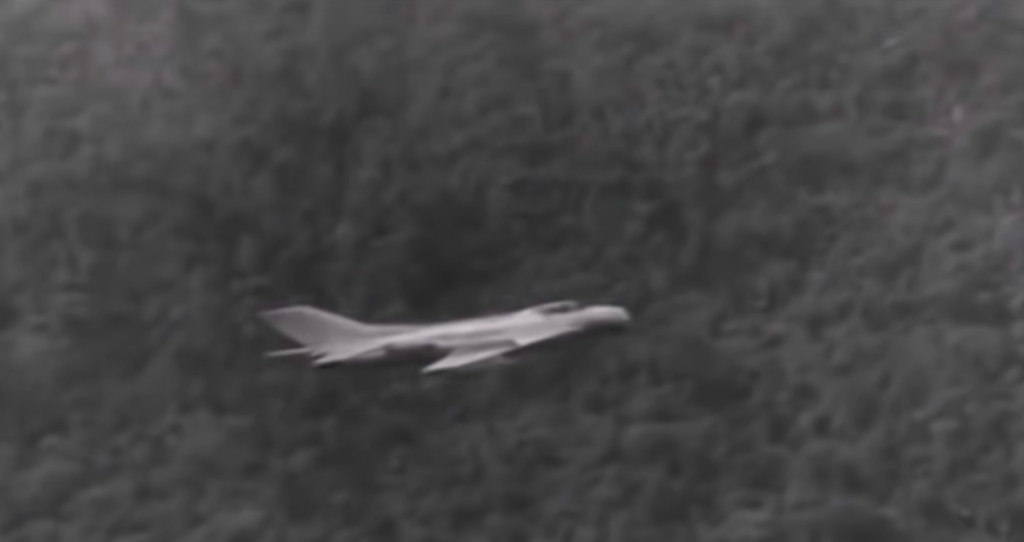 The supersonic air-to-air missiles of the F-4 Phantom II were notoriously unreliable in the skies over Vietnam. If the Phantom a pilot was flying was an early model and those missiles failed them in a dogfight, it was time to hightail it out of the sky.

Luckily for Col. Phil “Hands” Handley, he was flying a U.S. Air Force F-4E on June 2, 1972, when he and his wingman were surprised by two enemy MiG-19 fighters. That day, Handley would score the highest-speed air-to-air gun kill ever, breaking the speed of sound to do it.

Handley and three other F-4E Phantoms were flying out of Ubon Air Base in Thailand in support of a search and rescue mission near Hanoi. The Americans were looking for a pilot who was shot down 23 days prior.

Low on fuel, two of the F-4Es departed to rendezvous with an aerial tanker. Handley and his wingman kept flying the mission. The two were taken by surprise when two North Vietnamese MiG-19s appeared out of nowhere.

Neither pilot wanted to leave the other, but Handley’s wingman immediately went high. Turning hard into the pursuing enemy fighter planes, Handley turned on his afterburners and turned again, this time to the rear of the enemies. He made ready to fire his missiles.

That huge gap between killing and failure was on full display when Handley fired his missiles. All either flew wide, flew up, dropped to the ground or didn’t leave the rail at all. Undoubtedly, there was no one more disappointed by this than Handley, except for maybe his wingman, who had two MiG-19s bearing down on him.

With his wingman critically low on fuel over “Thud Ridge” and unable to engage the enemy, his only chance was Handley’s 20mm cannon. It was a shot that had never been done before.

Closing in rapidly, which is an understatement considering Handley was flying at Mach 1.2, he fired a high deflection shot, a three-second burst from the plane’s M-61 Gatling gun into a MiG’s flight path.

300 rounds from the Phantom lit up the MiG-19, which exploded into a flying ball of fire. Handley’s own speed and flight path put a lot of distance from the remaining enemy fighter, which broke off its attack. His wingman met his date with the tanker and they all returned to Ubon Air Base.

It was the first time a pilot used his cannon at supersonic speed to down an enemy fighter. As if breaking a combat record wasn’t great enough, when the F-4E pilots returned to base, they learned the pilot they were searching for had been found and rescued.

“Hands” Handley would be in the United States Air Force for 26 years, retiring in 1984, still holding the record for the highest-speed guns kill in aviation combat history and the only supersonic guns kill ever made. To this day, he still holds that record.