Everything Disney just announced in the ‘Star Wars’ lineup 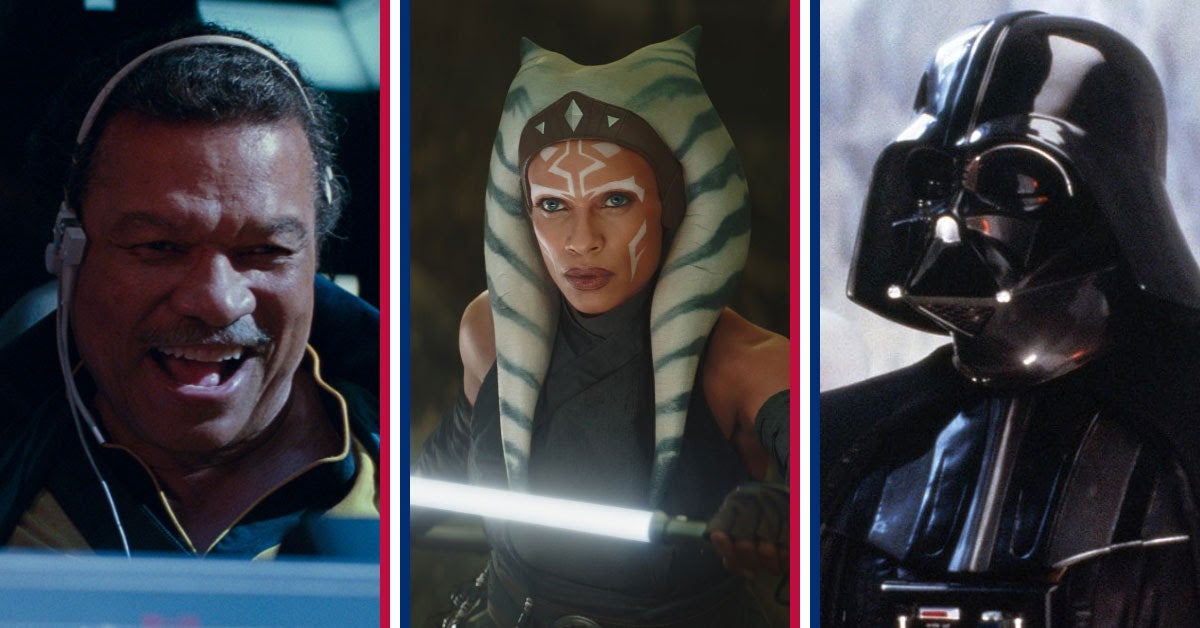 The Star Wars galaxy is expanding into new feature films, live action series, and animated series, so let’s go over everything that’s coming in 2021 and beyond.

1. Rangers of the New Republic

The first of two spinoffs to The Mandalorian, Rangers of the New Republic will take place during the timeline of the Mandalorian. Not much is known about who these rangers will be (my vote is for a Bo-Katan series…others might be hoping for more Timothy Olyphant) but it is rumored to contain crossover events with its sister series, which leads us to…

Chapter 13 of The Mandalorian was just too good to not be a backdoor pilot. Ahsoka Tano, a beloved Jedi drop-out from The Clone Wars and Star Wars: Rebels, will be played by Rosario Dawson as she tracks down Grand Admiral Thrawn.

Starring Diego Luna once more as the titular Cassian Andor (from Rogue One), Andor has already begun filming in London and is set to release in 2022. Watch the trailer above for what few glimpses we’ve been given so far!

We knew that Ewan McGregor would reprise his role as Obi-Wan Kenobi, but now we know that he will be joined by Hayden Christensen as Darth Vader. Set to take place 10 years after Revenge of the Sith (and nine years before A New Hope), the announcement of Vader definitely makes things interesting!

Fans of The Clone Wars should be excited about The Bad Batch, and if we’ve learned anything from The Mandalorian, it’s that the events of Clone Wars and Rebels have a clear impact on live-action canonical characters. Announced earlier in 2020, The Bad Batch “follows the elite and experimental clones of the Bad Batch as they find their way in a rapidly changing galaxy in the immediate aftermath of the Clone War. Members of Bad Batch — a unique squad of clones who vary genetically from their brothers in the Clone Army — each possess a singular exceptional skill which makes them extraordinarily effective soldiers and a formidable crew. In the post-Clone War era, they will take on daring mercenary missions as they struggle to stay afloat and find new purpose.”

Lucasfilm President Kathleen Kennedy announced that there will be ten “fantastic visions” told through the lens of the world’s best Japanese anime creators. Little else is know about these animated short films, but they will definitely look spectacular.

Remember that moment at the end of Rise of Skywalker when Lando sat down next to the ex-enslaved Stormtrooper, Jannah (Naomi Ackie)? It was kind of a forced moment, but I suspect this is why. Helmed by Justin Simien (Dear White People), the series that can easily launch with Lando helping Jannah look into where she came from.

I still maintain that it’s upsetting to know that so many of the Stormtroopers we’ve watched die are not Imperial volunteers but child soldiers…but…maybe an incredible and enlightened creator like Simien can help this make sense.

Leslye Headland is the creator of Russian Doll, one of the most clever uses of the “groundhog day” device ever. This already has Netflix Jessica Jones or Daredevil vibes all over it. The idea of a darker, grittier, mystery-thrillier Star Wars has me amped.

To prepare you with knowledge about the High Republic era, check out Star Wars: The High Republic, a collection of original stories spanning a variety of comics, books, and more starting in January 2021.

A Droid Story will be an animated series starring R2-D2 and C-3PO for Disney+. Lucasfilm President Kathleen Kennedy announced, “As we continue to develop new stories, the intersection of animation and visual effects offers new opportunities for us to explore. This epic journey will introduce us to a new hero guided by our most iconic duu…on a secret mission known only to them. What could possibly go wrong?”

While Jojo Rabbit may have garnered Waititi an Oscar, it was with Thor: Ragnarok that he captured my attention. Waititi is clever, funny, cool, and talented so it’s no surprise that Lucasfilm President Kathleen Kennedy promised his film to be a wild ride.

This one is so exciting we wrote an entire article about it. Wonder Woman director Patty Jenkins is determined to create the “greatest fighter pilot movie of all time.” She picked the right airframe — the T-65B X-Wing space superiority fighter has legendary status ever since Luke Skywalker jumped in the cockpit. Survivors of his Red Squadron at the Battle of Yavin would go on to form Rogue Squadron, named for the heroes of Rogue One.

Rogue Squadron was founded by Luke Skywalker and Wedge Antilles, but this film should take place after The Rise of Skywalker and take us into “a new era” of flight.