Star Wars fan? Get your fix with this 2000s cartoon - We Are The Mighty

Star Wars fan? Get your fix with this 2000s cartoon 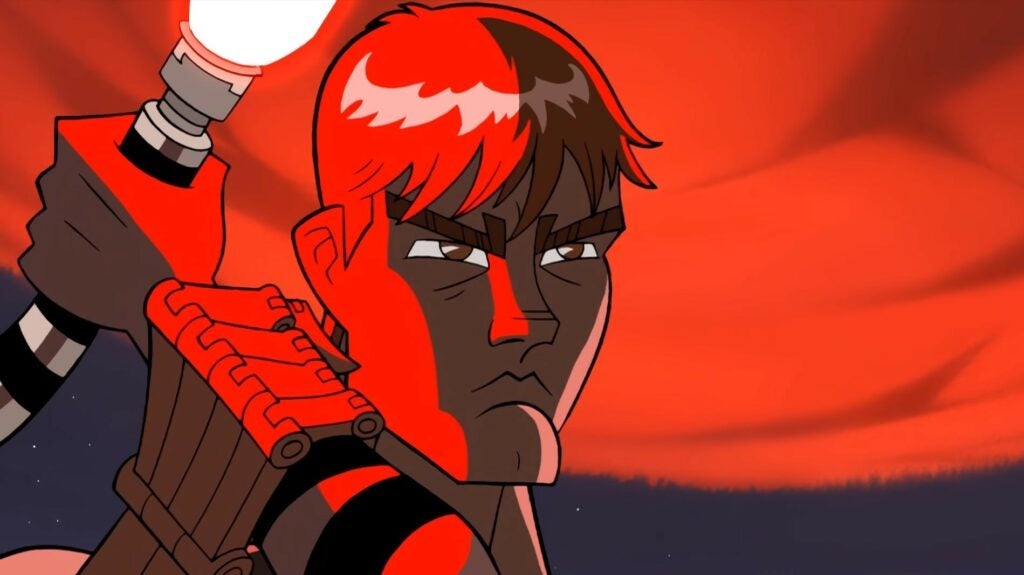 Like the series that came after it (at least initially), Clone Wars aired on Cartoon Network. Unlike its successor, the series utilizes 2D animation and was released in shorts. The first two seasons contain 10 3-minute episodes each while the third and final season consists of five 12-minute episodes. The series was released over the course of three years between 2003 and 2005 and served as the bridge between Star Wars Episode II: Attack of the Clones and Star Wars Episode III: Revenge of the Sith. Fans who left theaters in 2002 wanting to see the new clone troopers in action got plenty of it in Clone Wars.

While the original 2D Star Wars series still has its share of politics and character development, it can be argued that it also has grander and more epic battles than the later 3D series. Although the series has a total runtime of just 2 hours, it’s packed with intense lightsaber duels and heavy clone vs. droid action that keeps viewers entertained the whole way through. This is due in large part to the series’ creator, producer, and director Genndy Tartakovsky.

Tartakovsky is well-known for his work on other Cartoon Network shows like Dexter’s Laboratory and Samurai Jack. The latter inspired much of the action that makes Clone Wars such an epic show. Whereas the 3D series started off more kid-friendly before it evolved to a (mostly) more serious show, the original Clone Wars was not afraid to give viewers a more intense flavor of action right off the bat. Without spoiling anything for new viewers, themes like the dark side of Anakin Skywalker and the brutality of the Clone Wars are featured prominently in the series. Expect to see droid bits flying, clone trooper helmets getting crushed, and lots of lightsaber-swinging action.

Though Clone Wars has been placed under the Star Wars Legends banner, many of its characters and events carried over into its canon successor. Fans of the 2008 series can expect to see more serious versions of villains like Asajj Ventress and General Grievous. Moreover, elite clones like the ARC Troopers are depicted as deadlier and more efficient than their 2008 series counterparts. Fans will also recognize James Arnold Taylor who voices the ever sassy Obi-Wan Kenobi in both Clone Wars series.

Clone Wars is the perfect addition to a Star Wars marathon. Put it on after Episode II and before Episode III for a seamless transition and an action-packed summary of the legendary Clone Wars. Though it’s not available on streaming services like Disney+, it has been uploaded to websites like YouTube for easy viewing. Alternatively, for fans that prefer physical mediums, the DVD box sets can be found used online. Just be sure to search for Star Wars: Clone Wars Volumes 1 & 2.

Still haven’t got your fill? Read more about the real military history behind the Star Wars films.