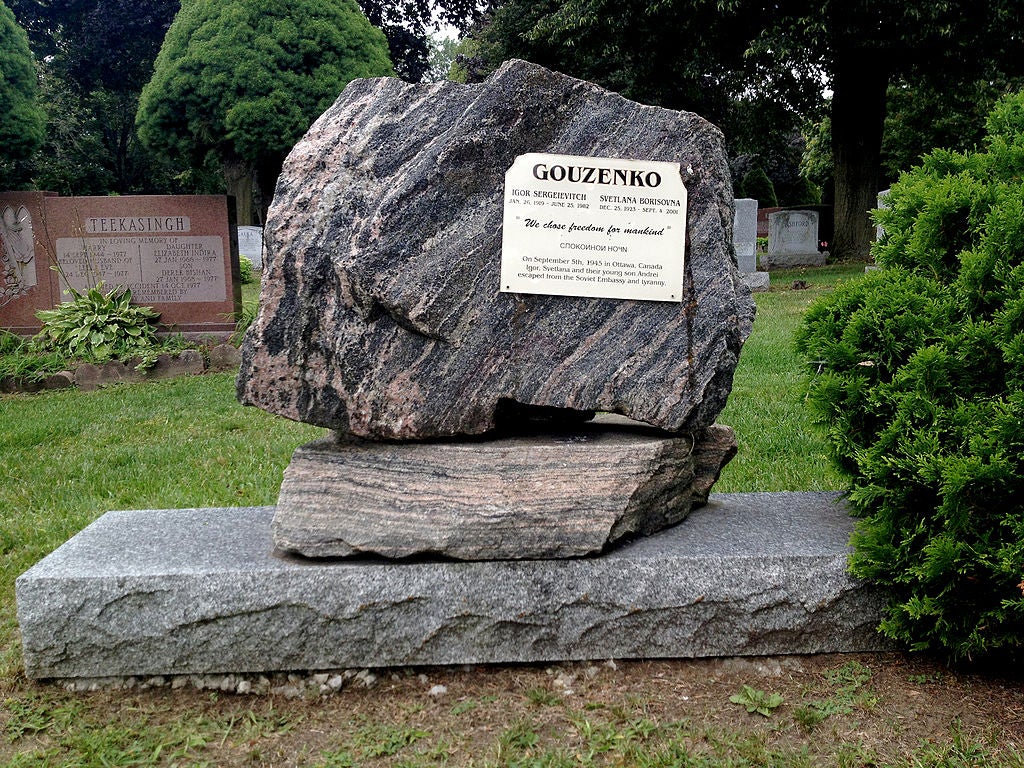 In 1968, a man speaking English with a thick Russian accent appeared on television screens across America. He was wearing a white mask to hide his identity because he was afraid the KGB would come to kill him if they knew his real identity.

The man was Igor Gouzenko, a Soviet intelligence officer who had a working knowledge of the Soviet Union’s codes and ciphers. Gouzenko defected to Canada in 1945, when the Cold War was just getting started and he had a shocking message for the West: their governments were filled with Soviet spies.

At the end of World War II, there were some in the United States that held a deep mistrust of the Soviet Union, but that mistrust was not as widespread as it would become in the decades that followed. Many in the West still saw the USSR as its old wartime ally.

The Soviet Union, however, began plotting for the postwar world long before the war was over. It believed the ideology of the Soviet Union would lead to clashes with its former allies. To manage this coming clash, the USSR created a worldwide network of spies and informants to gain military and industrial secrets.

These secrets included the United States’ most dangerous new weapon, the atomic bomb.

Although its main adversary would be the United States, the Soviet Union began its mission by infiltrating the government of Canada. Canada’s capital of Ottawa became one of the largest staging bases for the USSR’s military intelligence arm, the GRU.

In 1943, Lieutenant-Colonel Nikolai Zabotin was sent to Ottawa to serve as the military attache to Canada, but his secret goal was to create and expand a Soviet intelligence network. One of the officers he brought to Canada that year was cryptological expert Igor Gouzenko. It was Gouzenko who sent coded messages to and from Moscow.

When Gouzenko arrived in Canada with his pregnant wife, he encountered a world entirely different from the war-ravage and repressive USSR. Canada and the United States escaped the destruction wrought by years of warfare inflicted on the Soviets. Moreover, they did not suffer the Stalinist purges that saw thousands of people disappear to the Gulags – or disappear forever.

Gouzenko and his cipher skills were recalled to Moscow in 1944 and there was nothing his boss could do about it. Since the young cipher clerk came to believe the Western way of life was superior to that of the Soviet Union. His new baby provided the answer.

The baby’s incessant crying filled the apartments of the colony, the heavily guarded and controlled building where Soviet personnel lived inside Canada. The attache’s wife demanded the family be moved out of the colony, which gave Igor Gouzenko a chance to defect with his family. He tried to tell journalists and Canadian officials that the USSR was operating a massive spy ring under their noses, but no one believed him The KGB got wind of his attempts and raided his home that same night, but the Gouzenkos were hiding in a neighbor’s apartment. The raid convinced the Canadians, who informed their British and American allies.

Igor Gouzenko’s defection led to 39 arrests, including two nuclear physicists  in the UK and of Julius and Ethel Rosenberg in the U.S. They became the first American civilians to be executed on charges of espionage during peacetime.

His defection also led to the irreparable divide and mistrust between East and West that defined the coming Cold War. The “Red Scare” was on.